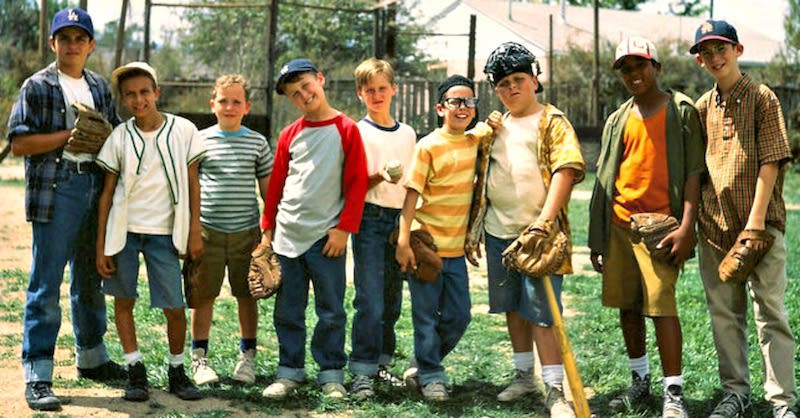 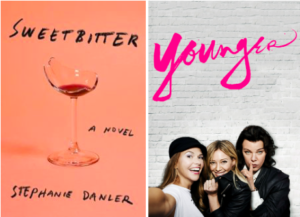 In addition to all the obligatory (and exciting) World Cup-ing this week, I finally got around to reading Sweetbitter, because I heard there were some pretty good sex scenes inside. And well, I heard right—but the food writing is even better. I also finally got around to watching the first season of Younger, which. . . is . . . bad, and yet the chances that I will watch more of it are quite high. It seems to me that these two pieces of culture have a lot in common: both are pointedly feminine, both investigate (and glorify) oft-mythologized subcultures/jobs, both have mass appeal, both have been long-lauded by many and long-resisted by me. I don’t know what that means. I suppose I was simply in the mood.

Beating the Paris Review in softball is by far the most important and glorious event to have happened this past week. Other highlights: catching up on Younger, starting Terrace House, and reading Nick White’s Sweet and Low. 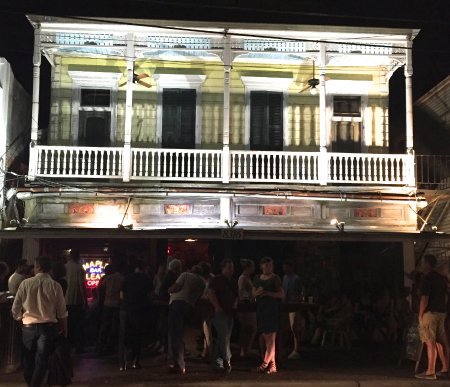 Two things happened in this great American hellweek that I loved very much: 1) I was lucky enough to be in New Orleans for a couple days and stumbled into the Maple Leaf Bar (not a Canadian ex-pat joint) on Monday to see the George Porter Jr. Trio. 2) On Wednesday, the Lit Hub Dailies—our company softball team—trounced the Paris Review 16 to 8, after which we all repaired to the Barrow Street Bar for cold beer and pool in search of further distraction from the day’s dark dark Supreme Court news (it worked, even if for just a few hours). 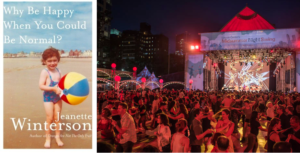 ​For a few weeks in June and July, Lincoln Center hosts their Midsummer Night Swing. Every night, there’s live music (salsa one night, rhythm and blues the next) and lessons and lots of elderly couples in love, all dressed up and ready for a night on the town. My friends and I have made a sort of summer ritual of going to watch (note: not to participate in) this sweet spectacle, and Tuesday was the kick-off night for this season. When I wasn’t watching other people dance, I was rereading Jeanette Winterson’s memoir, Why Be Happy When You Could Be Normal? and ruminating on this one bit: “If the sun is shining, stand in it—yes, yes, yes.” 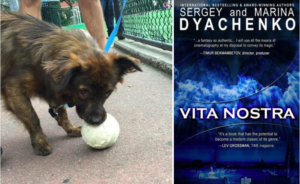 This week I watched an entire sports game for the first time ever! That’s because Lit Hub played a softball game against the Paris Review, and despite the matching tee-shirts, I was much less confused by the game than I expected to be. Chief among the sporting amusements was watching our Alicia’s dog chewing on a softball, then gamboling about the field. I also finished up reading a dark fantasy novel called Vita Nostra, by Sergey and Marina Dyachenko, set in a magic boarding school where failing a test invokes dire consequences, and the power of language and informational systems is frightening and absolute.

A friend recently shared an early copy of Territory of Light by Yūko Tsushima, originally published in 1979 and forthcoming from FSG in February next year. A young woman, newly divorced, moves into a new apartment in Tokyo with her young daughter. Originally published in monthly installments, the episodic chapters are intimate, claustrophobic, reminders how much can change in a year. The mother-child relationship is both beautiful and painful, calling to mind of Days of Abandonment (but less Italian) or Jenny Offill’s Department of Speculation. In other news, my favorite soccer player Wayne Rooney (see above, my dog Rooney) is going to be playing in D.C. for the next three and half years, so I’m planning a trip to the new stadium asap. 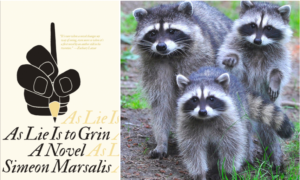 As has been mentioned, our stunning come-from-behind softball victory over the Paris Review was, of course, the week’s highpoint, but I also took part in the wonderful #YeahYouWrite reading series at Bo’s Kitchen and Bar Room in the Flatiron (where each participating author gets their own custom cocktail); started Simeon Marsalis excellent-so-far debut novel, A Lie is to Grin; and spent half an hour watching a family of raccoons eat an entire loaf of bread in Riverside Park at sunset. All in all, a pretty decent week. 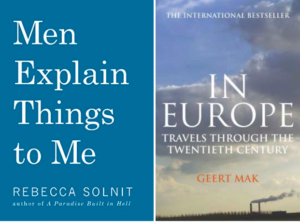 I’m teaching in Paris right now, so in addition to petting many small, well kept dogs, drinking a lot of coffee, and reading for class—essays by Zadie Smith, Aminatta Forna, and Donald Hall, may he rest in peace—I spent part of the week walking around the city with Rebecca Solnit, whose Men Explain Things to Me is just coming out in French (in a line of essays from Editions de l’Olivier that will also include Hilton Als and Claudia Rankine). Walking with a mind like hers is like seeing three cities at once: the one that’s there, the one that ought to be, and the one that was… an experience I’m feeling on the page right now too as I dip in and out of In Europe, the astonishing 800 page travelogue Gert Mak wrote of traveling across Europe in 1999. In each city, from Paris to Sarajevo, Mak sees Europe through two historical moments. It reminds me not just how important context is in times of crisis, but how an informed and humane context can help us see complexity. Many of Mak’s chapters focus on people who never make a history book. He refutes many of the simplifying rhetoric of causality. In a time when fascism is ascendant in Italy, and Merkel stands on the precipice of another election, it feels we’d be wise to pay attention to where tribalism and nationalism take us. 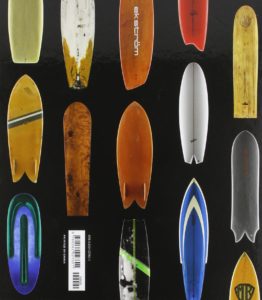 I spent a good chunk of my free time this week looking for a book I used to own, called Surf Craft: Design and the Culture of Board Riding. It’s a book MIT Press put out a few years ago and inside it’s full of elegant photographs of different kinds of surfboards and text explaining the evolution of board design and the finer points of the craft. Now, mind you, I don’t surf, never have. I don’t design surf boards, either, or really much of anything. But for some reason that book gave me comfort. And now I don’t know where it is. It’s summer in New York City and I need vicarious joys and the maintenance of an illusion that someday soon I’ll go to the beach and there will be waves and I will ride them. Without this book, I wonder, who am I, anyway? Just a guy who doesn’t surf and never will? A guy who doesn’t own a surf board and doesn’t own any surf board design books? I need to find that damn book.

#Families Belong Together:
A Conversation 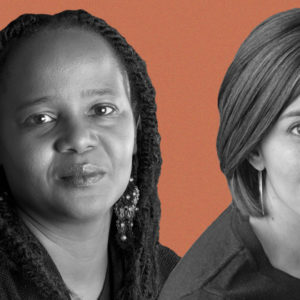 #Families Belong Together:
A Conversation

Writers Cristina Henriquez and Edwidge Danticat talk with V.V. Ganeshananthan and Whitney Terrell about the urgent issue...
© LitHub
Back to top
Loading Comments...