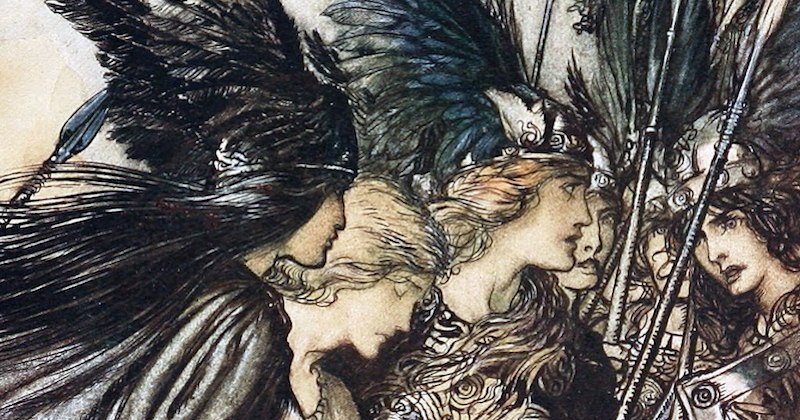 Nancy Marie Brown on How Gender Impacts the Interpretation of History

History books are not “true.” They do not, and cannot, capture the totality of what happened in any one place or time. Historians choose what to tell and what to leave out.

That choice is an interpretation.

But the process of interpretation only begins there. History books are not collections of facts; they are not lists. They are stories that stitch facts together. The more facts, the closer the story may approach reality. But no matter how many facts a historian recounts in her book, it remains a story—an interpretation. And as such, it reflects her cultural biases.

Until very recently, one of those cultural biases was to ignore women. “The history of the world is but the biography of great men,” the Victorian philosopher Thomas Carlyle proclaimed in 1840 upon reading Heimskringla, the history of the kings of Norway written by the 13th-century Icelandic chieftain Snorri Sturluson (subject of my book Song of the Vikings). Snorri likely agreed with Carlyle—Snorri included very few women in his sagas.

But Snorri did include some women—and very powerful women at that. The challenge in writing about women of the Viking Age, as I do, is not so much finding them, but interpreting them.

In this I am guided by Stacey Schiff, who wrote in her biography of Cleopatra, “The holes in the record present one hazard, what we have constructed around them another.”

Our facts about women in the Viking Age come from two kinds of sources.

We have Icelandic and Old Norse histories, laws, sagas, poetry, and myths, but the manuscripts containing these texts were written in the 1200s about women who lived 200-400 years earlier. Separating fact from fiction in these written texts is a matter of interpretation.

We also have archaeological finds, some discovered over 100 years ago and analyzed using a variety of techniques. Again, deriving facts from an object or an archaeological site requires interpretation. We know the site or object exists, but do we know what it meant to the people of the Viking Age?

Here’s an example. The Viking Age, I was taught, was an era of strict gender roles. The woman ruled the household: Her domain was “innan stokks,” “inside the threshold.” She held considerable power, for she controlled clothing and food. In lands where winter lasts ten months and the growing season only two, the housewife decided who froze or starved. The larger the household, the more complex her job. Managing the household of a chieftain who kept 80 retainers, as well as family and servants, was like running a small business.

What does the Viking world look like if we abandon the stereotypes?

But for all that, the man held the “dominant role in all walks of life,” I was taught. His duties began at the threshold and expanded outwards. His was the world of public affairs, of “decisions affecting the community at large.” He was the trader, the traveler, the warrior. His symbol was the sword.

The woman’s role, in turn, was symbolized by the keys she carried at her belt.

There are 140 Icelandic sagas; only one, recounting a feud from 1242, refers to a housewife’s keys. A Danish marriage law from 1241 says that a bride is given to her husband “for honor and as wife, sharing his bed, for lock and keys, and for right of inheritance of a third of the property.” A bawdy poem, in an Icelandic manuscript dated after 1270, describes the hyper-masculine Thunder god, Thor, dressed up as a bride with a ring of keys at his belt.

These texts might reflect a pagan Norse truth. They might equally reflect the values of the medieval Christian world in which they were written. We can’t tell.

What the keys do reflect are the values of 19th-century Victorian society, when upperclass women were confined to the home and told to concern themselves only with children, church, and kitchen. In Swedish history books in the 1860s, the myth of the Viking housewife replaced an earlier historical portrait of Viking women who were strikingly equal to Viking men. This Victorian version of Viking history has been presented since then as truth, but it is only one interpretation.

Surely archaeology backs up the well-known image of the Viking housewife with her keys, you insist.

It does not. Keys have been found in some women’s graves. But they are not common, nowhere near as common as housewives. Against the 3,000 Viking Age swords that have been found in Norway, a Norwegian archaeologist in 2015 sets only 143 keys, half of which were found in men’s graves. A researcher in Denmark in 2011 found only nine out of 102 female graves she studied contained keys, and none of these “key graves” otherwise fit the model of “housewife.”

Calling keys the symbol of a Viking woman’s status, these and other researchers now say, is “an archaeological misinterpretation,” “a mistake,” “a myth”—and a dangerous one.

By accepting the 19th-century stereotype of men with swords and women with keys, archaeologists legitimize the idea that women should stay at home.

They reduce the role models for every modern girl who visits a museum or reads a history book.

They make it easy for scholars to dismiss as unrealistic the warrior women found in every kind of medieval text that depicts Viking society—history, law, saga, poetry, and myth—and which have been attested to archaeologically since 2017, when the famous warrior grave Bj581 in Birka, Sweden was DNA tested.

What does the Viking world look like if we abandon the stereotypes? What does it look like if roles are assigned, not according to Victorian concepts of male versus female, but based on ambition, ability, family ties, and wealth? It’s a world in which women were more powerful and had more possibilities than you might have imagined. One in which women did not stay at home, minding the housekeys, but traveled far: east through Russia to Byzantium and beyond, west across the Atlantic to North America. It’s a world in which queens ruled kingdoms and warrior women—valkyries—were not merely myths. 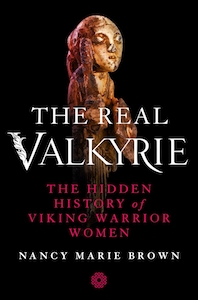 Excerpted from The Real Valkyrie: The Hidden History of Viking Warrior Women. Used with the permission of the publisher, St. Martin’s Press. Copyright © 2021 by Nancy Marie Brown.

Nancy Marie Brown is the author of highly praised books of nonfiction, including Song of the Vikings. She is fluent in Icelandic and spends her summers in Iceland. She has deep ties to the Scandinavian cultural institutions in the U.S. Brown lives in East Burke, Vermont.

On Extremism, Terrorism, and the Words We Use to Foster Division 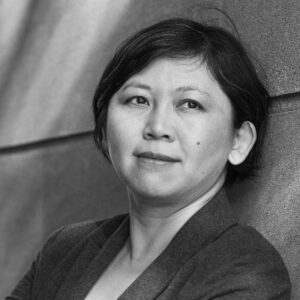 Founded in October 2009 by Rebecca Fitting and Jessica Stockton Bagnulo, Greenlight Bookstore is an independent bookstore...
© LitHub
Back to top
Loading Comments...