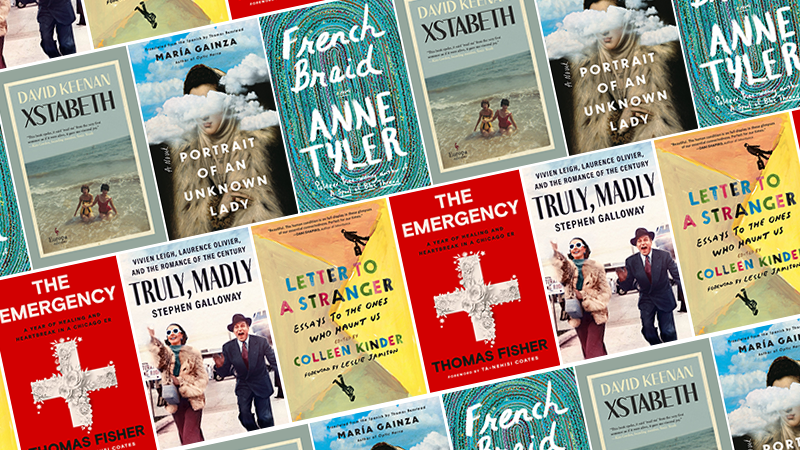 “Tyler’s 24th novel is the latest addition to the remarkable human comedy she has spun over the last half century, mainly set in Baltimore. It is an artful mix of several recurrent elements in her work, along with some new twists, including the coronavirus pandemic … The appeal, as always, is in being privy to the feelings, insecurities, uncertainties, and peculiarities of ordinary people who come alive in Tyler’s hands. The wonder of French Braid is the easygoing fluidity with which Tyler jumps and floats between characters and decades to create what in the end is a deftly crafted family portrait that spans some 70 years … what a wonderful litter she’s sent out into the world.”

“There is indeed something uncanny about this haunting book, which connects frozen St Petersburg with misty St Andrews, and in which ghosts and saints hover over every page … You can lose yourself in the novel’s weird loops and whorls, searching for resolution while luxuriating in the lack of it. Patterns emerge: this is a story of arcs, of trajectories – golf balls invisible against the drab St Andrews sky, stunt motorbikes soaring over a row of supine children … This is Keenan’s most gnomic, gnostic work yet – at times it seems only loosely tethered to reality – yet it’s never portentous. There’s something here of the 19th-century Russian novelists’ passion for authenticity, their fervid drama. There are funny lines, too, which undercut the mysticism in a satisfyingly earthy way.”

“This is a truly exquisite novel … It is moving, clever and written with a wry precision … The quest for Renée is ever more elusive and beyond reach. Was she a genius or a hack? … But the book is playing a far more intricate game. It seemed plausible to give nods to writers such as Jorge Luis Borges and Adolfo Bioy Casares, given the interest in the aesthetic, the fictitious and the transgressive.”

“There have been many, many previous biographies of Leigh and several of Olivier…But Galloway, the former executive editor of The Hollywood Reporter, is perhaps the first author to interpolate this oft-told story with commentary from contemporary mental-health experts, like Kay Redfield Jamison, the psychologist who herself suffers from bipolar disorder and wrote An Unquiet Mind. He accomplishes this smoothly, in a contribution to the LarViv literature that is — if not strictly essential — coherent, well-rounded and entertaining. To the couple’s tale of passion he adds compassion, along with the requisite lashings of gossip … It’s an enjoyable, disorienting sensation — as the Oscars now hemorrhage viewers and relevance — to find a time capsule from when movies and their stars didn’t just stream into our living rooms along with all the other space junk, but seemed the very center of the universe.”

“Sometimes it’s sweet, sometimes funny, sometimes just weird … The book’s introduction starts by explaining, ‘All writers have a peculiar devotion to strangers.’ Colleen Kinder’s curated collection displays that devotion—a special kind of extroverted, artistic pull that makes even the introvert capable of fooling someone into thinking they are the most people-y of people persons. This artistic nature is evident in the latent poetry in each letter’s prose, refreshingly unique in voice from one to the next but all sharing a lyrical quality. Though it reads like the series of letters the title promises, Letter to a Stranger is akin to a travel book. Many of the writers’ impactful encounters happen while away from home and their letters are rich with culture, history, and delicious nuggets of local detail.”

“This book reminds us how permanently interesting our bodies are, especially when they go wrong. Fisher’s account of his days is gripping. While reading, we are all, helplessly, medical voyeurs … Fisher’s writing about his stream of patients is what gives this memoir its immediacy, its pulse … His book derives its depth and tone from his arguments about the inequities of American health care. Fisher is moved, and infuriated, that so many African Americans die young because they lack access to decent insurance and treatment. His frustration, his outraged intelligence, is palpable on every page.” 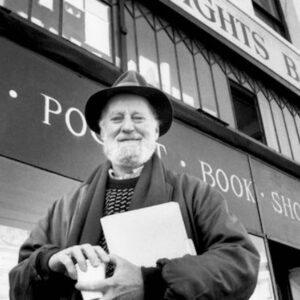