My love for the English language began early and with a fierceness that I still can’t explain. I made clumsy attempts to read my older brother’s English textbooks, relentlessly studying words and struggling to pronounce sentences that had no meaning to me. I translated song lyrics and took every English class offered in school. In college, I realized I didn’t have a passion for languages per se—I did study French and Spanish but didn’t find them nearly as captivating, nor did they come easily to me; it was just the English language that I found to be so appealing.

I moved to America in my twenties, leaving behind a country that had just experienced the fall of the Berlin Wall and was in the midst of German reunification efforts. In the years that followed, I worked as a freelance translator, was exposed to American culture, and exclusively communicated in English. Breaking into literary translations became my ultimate goal. I lobbied editors and translated lengthy samples from German into English in an attempt to convince publishers to take a risk. This never panned out, and while I continued to work on commercial projects and occasional non-fiction books, I eventually decided to tell my own stories.

I completely immersed myself in English. I read, wrote, and enrolled in writing classes, and something peculiar began to occur: my native language drifted off into the distance. It happened in stages, but there came a point I could no longer deny what was going on. I’d stare at a word, no longer sure of its root origin, and errors snuck into my translation work—there were misplaced split verbs, improperly ordered sentences, numerous incorrect prepositions, and words I couldn’t assign to either English or German. I had become hesitant in conversations as my brain blocked me from retrieving a word; I self-corrected and paused often and ended up sounding disfluent. There I was, sounding like a foreigner speaking my native language.

I struggled with an explanation—after all, I knew people who had gone decades without speaking or hearing their native language, yet they retained the ability to speak it easily. Why had I begun losing fluency within a few years? I imagined my attempts to hold onto my German as scooping up water with my cupped hands—no matter how tightly I gripped, the water trickled through my fingers. Could it be that nothing about me had changed, yet my language was slowly disappearing?

Linguists call this verbal decay “language attrition”—a highly common phenomenon, it describes the loss of a second language when it is insufficiently used. Even though there was a logical explanation, a question remained: if my native language continued to decline, what would happen to the part of me that was rooted in it? My entire childhood, all those years roaming the countryside, the hundreds of books I had read, my love of fairy tales, would it all disappear into thin air eventually?

In 2004, I was reminded of the depth with which language impacts us when the Goethe Institute asked the public to submit what they believed to be the most beautiful German word. Writers, film directors, artists, and language experts made up a jury who deliberated over thousands of submitted words. The winner was Habseligkeiten, (from the words haben, to have, and Seligkeit, happiness or salvation), which refers to one’s earthly possessions and the state of bliss they call forth. According to the jury, the juxtaposition evoked an appreciation for small and little things of meager value while exhibiting a capacity for gratitude.

I conjured up the first twenty-some years of my life and discovered a word that would have been my first choice if I had been on that jury, a word too specific to have an English equivalent—a name for the feeling of being alone in the woods. Waldeinsamkeit, (Wald meaning forest and Einsamkeit meaning loneliness or solitude) is a word considered untranslatable and, even though some words come close—contemplation or the phrase being at one with the universe—they all fail to get to the core of a place that, to some, might be a mere collection of trees. For me, this word evokes nights spent listening to my mother sing traditional folk- and fairytales and summers spent wandering through the forests around my hometown. The forest spirits of German folklore reside within me, like some heathen bloodline I can’t deny. There is a quote by German Biologist H.B. Behm that encapsulates this sentiment: “And a time came to pass when man began to pray among the rustling treetops. That’s when the German soul was born.”

English may not be the language that formed me, but it is the language of the world I have chosen to live in. I am American in almost every way; I pledged allegiance to the American flag in front of a judge with hundreds of immigrants after the long and exhaustive process of naturalization. However, there are parts of my past that I can’t shake—and don’t care to.

What remains of my native language comprises my soul, and I will always hold the lullabies, the folk tales, and the stories of times past that I grew up on dear. Though my fluency in German has faded, it is still deeply engrained into my identity. I might hesitate often and stumble through a conversation, I might forget words, but part of me remembers something much bigger. The conscious mind reads and processes Waldeinsamkeit, but the unconscious one evokes and calls forth an entire past and the experience of a language. Defunct from a lack of use, sure, but never truly forgotten.

Alexandra Burt is a freelance translator and the international bestselling author of Remember Mia. Born in Europe, she moved to Texas twenty years ago. While pursuing literary translations, she decided to tell her own stories. After years of writing classes and gluttonous reading, her short fiction appeared in fiction journals and literary reviews. She lives in Texas with her husband and daughter. 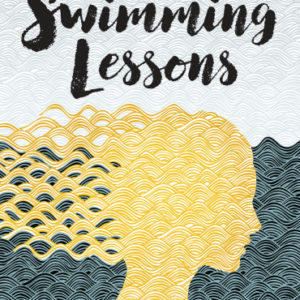 The Swimming Pavilion, 5th June 1992, 4:20 AM Dear Gil, Yesterday afternoon I decided to do some clearing. I went through...
© LitHub
Back to top