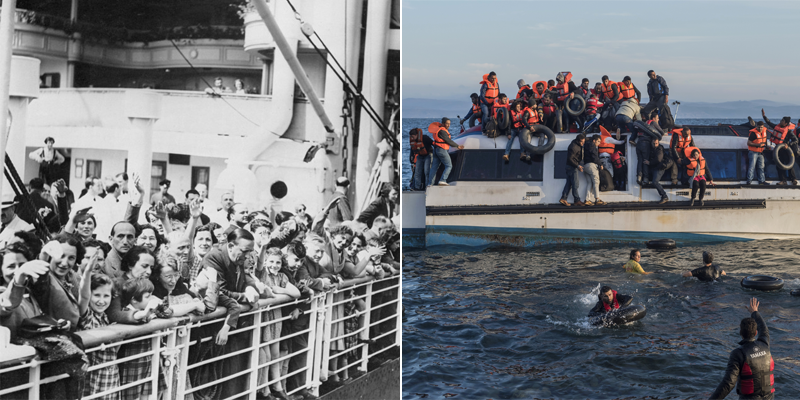 What My Grandfather’s Displacement Taught Me About the Refugee Crisis

Learning from the Past is Our Moral Imperative

The images are far too familiar—the photos and videos of families pressed shoulder to shoulder in boats at double or triple the vessels’ capacity, desperate to flee the violence, oppression, and starvation in their home countries. Thousands, we’re told, perish during their attempts to escape. A lucky few make it to a safe haven. Millions are stuck—“warehoused,” I’ve learned, is the technical term—in bleak refugee camps, facing waits of unknown duration for a chance to start a new life somewhere, anywhere, safe and welcoming. Many wait their entire lives without getting that chance.

The stories, the images, are shocking. For years, I found them exceedingly difficult to comprehend. But then I began researching my own family’s history of displacement during the Holocaust, and suddenly I came to understand the crisis with a deeper and more personal perspective.

In the summer of 1942, my grandfather—a Polish Jew on the run from almost certain annihilation in Europe—found himself incarcerated in a fly-infested detention camp in Vichy-occupied Morocco. He had little to his name, save for an expired Brazilian visa. Three years earlier, he’d been enjoying a comfortable life in Toulouse, where he worked for an engineering firm, frequented the jazz clubs of Paris, and composed music in his spare time.

Addy, as he was called back then, was 25 years old when he received a letter from his mother in Radom, Poland, the city where he grew up: Don’t come home for Passover, she wrote, urging him to stay in France. It’s too dangerous. The letter arrived in the spring of 1939. My grandfather, who had never missed a Seder with his family, tried everything in his power to get home despite his mother’s warning, but he was stuck. Austria and Czechoslovakia had fallen to the Nazis. Traveling across borders was unsafe and, for a Jew, prohibited. And so, he reluctantly remained in Toulouse, and was soon conscripted to a Polish column of the French army.

When the Vichy government issued the Statut des Juifs, which abolished the civil rights of Jews living in France, my grandfather realized there was no safe place for him in his adopted country—or anywhere in Europe, for that matter. He forged his demobilization papers and started applying for visas to, in his words, “whatever country would take me.” Again and again, his appeals—to the United States, to Argentina, to Venezuela—were denied. When he caught wind of an ambassador by the name of Luis Martins de Souza Dantas who was quietly (and illegally) issuing Jews visas to Brazil, he saw his window.

My grandfather’s Brazilian visa was good for 90 days. He hitchhiked to Marseille and left in January of 1941 aboard a ship full of refugees called the Alsina, one of the last allowed to sail. But after a few days at sea, the ship was detained, first for five sweltering months in Dakar and then again in Casablanca, where passengers were ordered to disembark, herded onto buses, and dropped at a patch of desert hemmed in with barbed wire—the Kasha Tadla detention camp. The Alsina, like the ill-fated MS St. Louis, would never reach the Americas.

I’ve spent the better part of the last decade researching and recording my grandfather’s journey, wondering what it must have felt like to be so desperate for a way out—severed from family, his freedom ever more elusive. He wasn’t welcome in his homeland. He wasn’t welcome in the United States, in Argentina, in Venezuela, in West Africa, in Morocco, or in France, where he’d earned his degree and begun his career. Would he ever make it to Brazil? And if he did, would that country even take him in, considering the fact that his visa had expired? Would he ever see his family again? Were they imprisoned? Were they dead or alive? These were questions I’m certain he asked himself, questions that no doubt followed him into his sleep.

Addy did make it, eventually, to Brazilian soil; however, upon passing through customs in Rio’s Guanabara Bay, he was informed that Brazil’s dictator Getúlio Vargas could revoke his visa at any time, for any reason. He spent the remainder of the war living in a state of perpetual uncertainty and trying anxiously (and unsuccessfully) to locate his family in Poland.

Today, I think of my grandfather when I see the anguished expressions of the millions of refugees frantic to escape persecution in their homelands, and I can’t help but wonder how Addy’s story might have been different had it not been for Ambassador Souza Dantas—a political figure who was later dismissed from his job for allowing so many European Jews into his country. Isn’t it likely, I ask myself, that my family would not be here today, had this stranger to my grandfather, at great risk to his own security, not defied religious discrimination in an act of civil disobedience?

Living in the United States, it can be easy to distance oneself from the hardships and suffering unfolding across foreign borders. But in my opinion, there has never been a more important moment in our recent history to reject complacency. And so rather than sit back, I draw inspiration from my grandfather’s ordeal and from the selfless acts of Souza Dantas and of the innumerable others who, 75 years ago, stepped up under no obligation beyond their own personal moral imperatives to ensure the safe passage of countless men, women, and children seeking sanctuary. I think of my grandfather’s story—one of millions—and I challenge myself by asking, what can I do to help?

Ways to make a difference: Consider supporting an organization committed to aiding refugees nationally or globally, such as the American Civil Liberties Union (www.aclu.org) or the International Rescue Committee (www.rescue.org). You can also help by locating groups that are resettling refugees in your community and donating goods, money, or time as a volunteer.

When Georgia Hunter was 15 years old, she learned that she came from a family of Holocaust survivors. We Were the Lucky Ones was born of her quest to uncover her family’s history. She lives in Connecticut.
http://weweretheluckyones.com

How Many Books Will You Read Before You Die? 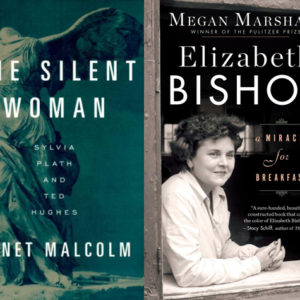 At the beginning of Walden, published in 1854, Henry David Thoreau makes what he assumes is a bold admission: “In most...
© LitHub
Back to top