What Luck, This Life 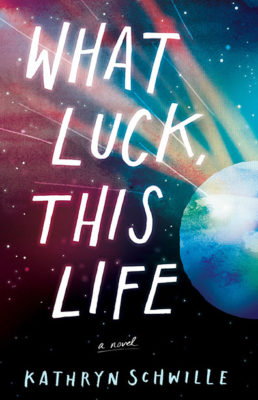 The following is from Kathryn Schwille's novel, What Luck, This Life. Set soon before the invasion of Iraq, the novel details the aftermath of the Columbia space shuttle and its contents raining down on the town of Kiser, Texas. Kathryn Schwille's fiction has been published in several literary journals and has twice received Special Mention in the Pushcart Prize anthology. She has an MFA from Warren Wilson College and lives in Charlotte, NC.

It’s not true there were no casualties on the ground when the space shuttle fell apart over Texas. Some things happened that morning, some happened later. If you connect the dots, for us here in Kiser, more trouble came of that day than most folks know. This is what you might think if you didn’t live here: The government hurried here to help us, took over the burden, started the search, brought in food and organized things.

That’s not how it went.

At first, nobody believed what fell on us intact—cabinets, computers, toilets—things we could look at and say, we know what that is. Our police chief called up NASA and said, We have your people here.

Unlikely, NASA said. Would have burned up.

Ah, beg to differ, Chief Orbaugh said—or less polite words to that effect. He explained, in the growl he used when the town council annoyed him: A man found a leg out on 621 and what do you want him to do, put it in his 4×4 and bring it to you? Cars have run over, not knowing.

My brother, Spencer Scott, was the district’s chief forest ranger. Two NASA types sped up here from Houston, and he escorted them to the highway, where someone had thrown a blanket over the leg and a sheriff’s deputy was diverting traffic around it. The men looked at each other. “Oh Christ,” one said. They got out their cell phones, which were never going to work out on 621, not back then.

“Supposed to rain tonight,” Spencer said. “The land is prone to flood.”

Orders were given and searching began. The feds were stretched thin. Since the U.S. government employed him, Spencer was put in charge of the media who came to Chireno County. Really, he said to his bosses, I have no idea. Every day he thought someone from Washington would come in and take over. Instead they gave him rules to tame the merciless pack. No talk about bodies. No buzzards in the sky, no maggots on the ground. No burned hands or charred remains. In fact, there are no remains. You will call them items of interest.

They meant what they said. When a young reporter for a local paper put vultures in her dispatch, phone calls were made from on high. We never saw her byline again.

Spencer was struggling. “Teresa,” he said to me. “I’m over my head.” My brother’s not as tough as me, not at all a conniver. I married a Sparks, a low-lying, slithery type, and I am acquainted with deception. When Spencer asked me to drive up to Eno and borrow that hearse that Russ Cauthen keeps in his garage just for kicks, I knew he had turned a corner. I delivered it to Norris Tibbet, who drove it down a logging road and told the reporters they couldn’t follow. They waited for him to come out of the woods and when he did, they trailed him like Plott hounds to Tibbett’s funeral home, pestering to know what was in the body bag. Norris told them, in bits and sass, about how deep in the woods he’d gone this time and you know by now ladies and gentlemen that I can’t tell you what we found or what kind of shape he or she was in, but it’s an honor to serve my country. Norris stood there in his briar-shredded suit spinning yarns till dark. The body parts traveled in peace to Spring Creek Baptist, at the end of a dirt-and-gravel road. The government sent a refrigeration truck, and the church became a makeshift morgue. The funeral of Mary Lynn Davis was postponed.

“If you connect the dots, for us here in Kiser, more trouble came of that day than most folks know. This is what you might think if you didn’t live here: The government hurried here to help us, took over the burden, started the search, brought in food and organized things.”

Spencer faced the reporters with what he could manage. A fine-tooth search of rural America was producing the usual—abandoned houses with meth labs inside, and in the woods, bones of the disappeared. “Long-ago murdered or wandered off, we don’t know,” Spencer told the pack of hounds. “No drugs I’m aware of.” Rumors were rampant, some of them true. Three scientists in white coats came over a rise and scared a small herd of cattle into a stampede. One long-horn veered off and went after the whitecoats, who barely made it to the fence. Our cattle fared better than our goats, who will eat anything, no matter the chemicals. A few of them died. “A funny story,” Spencer said, just as he was told. “Sounds good, don’t believe it.”

Spencer had a headache that wouldn’t go away and a pain in his chest, like someone standing on it. “When’s it going to end?” he asked me one night, six days into the mess. The reporters stuck a microphone in front of anyone who would jabber. Our county judge went on TV and preened around like the banty-rooster idiot he is. The media had a field day, since their group harbored eager mimics.

“Our people aren’t equipped for this kind of scrutiny,” Spencer said to me, his voice just a croak by then. Next day Chief Orbaugh stood on the courthouse steps and ordered the media to leave.
“Who told you do to that?” Spencer tried to yell.

Orbaugh roared back, about trouble and rumors and noses where they didn’t belong. In Eno, the Chamber of Commerce brewed coffee for the prying eyes and answered all their questions. There were brochures about nearby attractions and kindly old ladies with rooms for the night. Eno has a new rec center now, and we have a broken-down park.

The reporters caught wind that a one-car wreck had been discovered near Kiser, just after debris began to fall. They were calling from Eno by then. “The wreck is not related,” Spencer said. “I give you my word.” The elephant on his chest pressed down.

At my house, a band of searchers from Arizona found a glove in a field behind us, and yes there was something inside it. Spencer was the one who told Newland and me that we had to leave, while the FBI scoured our roof and took downspouts off the gutters. They wanted every little thing, though we don’t know what they found. All the ruins went back to Florida, where the engineers laid them out in a hangar and worked backwards as best they could. “The debris won’t lie,” Spencer said. This piece fell in Lufkin, that one in Yellowpine, here are the tiles that floated down in Kiser. What gruesome facts they figured out, with their maps and calculations and eighty-four thousand pieces. The crew capsule tore apart in twenty-four seconds, as it dropped ten thousand meters. Pray the astronauts were dead by then, oxygen gone, brains not knowing. There was a recording of voices just at the end. Someone had to listen.

If this, then that. Life and death a line of dominoes.

Mary Lynn’s funeral was put off for a week, so she could be buried at Spring Creek Baptist when the FEMA truck was gone. Her brother went up a ladder on the day he should have been in his good gray suit walking a casket down the aisle. His head isn’t right since the fall.

If this, then that.

It’s been three years since the shuttle fell. I filed for divorce, a surprise to no one, and Spencer just retired. He is only fifty-five. People think it was the accident last summer, when a three-hundred-pound wild boar totaled his car. Fifty miles an hour his car was going, out on 621, and the thing came straight at him. He had two broken ribs, a sprain in his back, two pins in his ankle. But he was already fried, my brother. Something else had come at him, out of the blue. Not one hog, but a sounder.

From What Luck, This Life. Used with permission of Hub City Press. Copyright © 2018 by Kathryn Schwille. 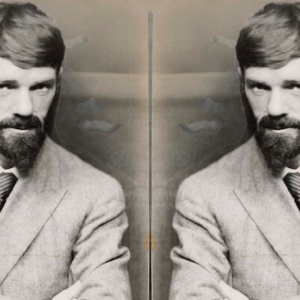 Lit Hub Daily: September 11, 2018 Haruki Murakami cops to his long-standing avoidance of modern and contemporary Japanese fiction, and then proceeds...
© LitHub
Back to top