What Kinds of Lies is Trump Articulating?

Federico Finchelstein in Conversation with Andrew Keen on the Keen On

On today’s episode, Federico Finchelstein, professor of history at the New School for Social Research and Eugene Lang College and author of A Brief History of Fascist Lies, discusses whether there is something particularly fascist about the untruths that Donald Trump is now articulating.

Federico Finchelstein: Trump is getting closer to Fascism. He’s not a fascist yet. Broadly, he would like to be, and I think it depends on the rest of us, people who believe in democracy to basically resist these attacks against democracy.

Now, I would say this: this type of line belongs to the history of Fascism. In that sense, Trump is really close to Fascism in the way fascist not only spread propaganda but also believe in their lies. They automatically believe that their form of politics is a kind of religion in which there is a cult-like situation and the leader is like a god. In that sense, the way Trump is lying, yes, it belongs to the history of Fascism because he shares certain patterns that would align him with Fascism.

Andrew Keen: In your book, you acknowledge that most politicians tell lies. It’s almost part of the job description, but there’s something unique about fascists lies. What is it? You suggested earlier that they believe these lies, but these lies themselves are what you call in your book “Transcendence of Reason.” Is that fair?

Federico Finchelstein: Yes, because when typical politicians are lying, they know they are lying and they know that because what they are saying doesn’t correspond to, let’s say, reality or to empirical observation. With us, this situation is different for the fascists. For them, it is empirical observation that is wrong because the truth, as they see, relates to a faith in the word of the leader.

Federico Finchelstein is Professor of History at the New School for Social Research and Eugene Lang College in New York City. He is the author of several books, including From Fascism to Populism in History, Transatlantic Fascism, and The Ideological Origins of the Dirty War. His books have been translated into many languages, including Spanish, Portuguese, Turkish, and Italian. He contributes to major American, European, and Latin American media, including the New York Times, the Washington Post, the Guardian, CNN, Foreign Policy, Clarín, Corriere della Sera, Nexos, and Folha de S.Paulo.

Lydia Millet on the Uncharted Territory of Our Here and Now 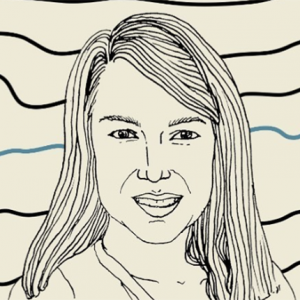 Lydia Millet on the Uncharted Territory of Our Here and Now