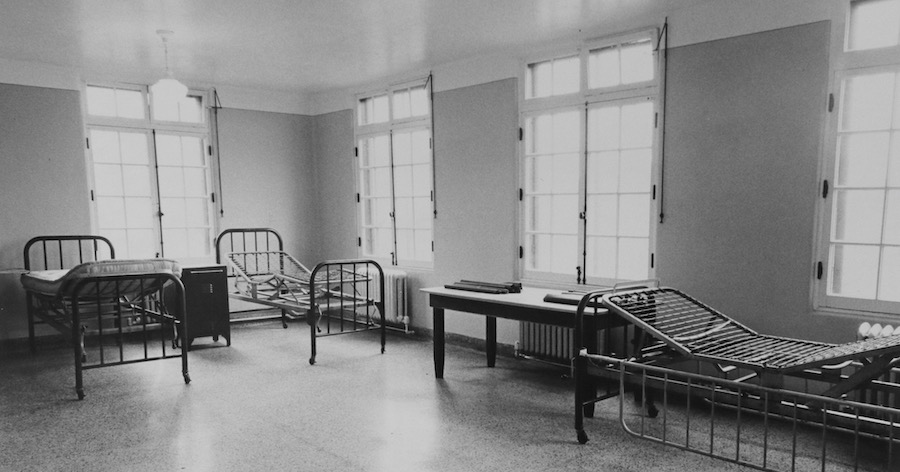 What It Took to Finally Write Honestly About My Mental Illness

Joanne Greenberg on Claiming Her Name and Her Story

When I left the hospital in 1951, the last thing on my mind was to write about mental illness. The stigma was too great; lying about my many years of separation from reality seemed to be the only choice for a “normal” social life—the one I wanted so much to build. I was still in therapy, but I was also taking GED prep classes, and then I started college. Two classes at first, and eventually a full program.

I had two short returns to the hospital as I learned how to navigate a world I had never really experienced. I got summer jobs, dated, got engaged, got jilted, cried, and gloried in my normality, lying about my hospitalization the whole time. Even my fiancé didn’t know about my years of illness. It seems impossible to me now that I didn’t tell anyone—no friend, not my first or second fiancé—about what had been the biggest and most important feature of my life.

By my senior year in college I had good grades, a few good friends, and was at the beginning of a second engagement, to a nuclear physicist. One of my casual friends was a graduate student in psychology—intense, scattered, and brilliant. I used to cook for him until I discovered that he didn’t care what he ate. He was attracted to an acquaintance of mine who had trouble seeing past his mismatched clothes and unkempt hair. “Talk me up,” he kept saying. I did. It seemed to make no difference.

He lived in a house with four other post-college men. He invited her to dinner. “I’d feel too strange, going alone,” she told me. “Come along and make this easier.” It was the start of spring break. We went to their house on a residential street, and I met the three who had helped cook. The dinner was what you’d expect from men with no particular interest in food.

The conversation was lively, interesting, and relaxed. No one had anything to prove. The preening and one-upping I had noticed in my fiancé and his group was absent here. I had never been so comfortable. A grad student named Al chatted about his work. He was a night attendant in the psych ward at a veterans’ hospital that was housed in Abraham Lincoln’s summer residence and staffed by nuns. Its patients were suffering mostly from chronic alcoholism and paresis.

He mentioned my hospital and said he had thought of working there but that they didn’t treat alcoholics. I said they did. “Oh,” one of the men said, “did you work there?” I thought for a moment—about how comfortable I was in this group and, suddenly, how sick I was of the lie. These people deserved better. I came out from under what I’d felt had been a weighted blanket: “No, I was a patient there.” There was a moment of silence, then Al said, “They did a hell of a job.” And the conversation went on. I loved Al’s gallantry but knew I had poisoned the well. I was surprised when he asked whether he could call me. That was March. We married in September.

“When you have an experience that is so far out of the usual, so traumatic, you either change it or you forget it.”

In 1960, in the lead-up to the trial of Adolf Eichmann, the psychologist Bruno Bettelheim wrote an article for Harper’s Magazine, titled “The Ignored Lesson of Anne Frank,” that blew me away. He said Jews had a death wish and had gone passively to their extermination. At a New Year’s party, I cornered a survivor named Walt and asked if it was true. “It’s nonsense,” he said. “Number one: Where would we get the guns in order to resist? Number two: The poison was already there and waiting to be used against us. Number three: How do you escape with all the kids and Grandma? Who will take you in at the cost of their own lives?”

“How could Bettelheim write such a thing?” I asked. Walt shrugged and said, “When you have an experience that is so far out of the usual, so traumatic, you either change it or you forget it. I had forgotten the specifics of my experience when I had done slave labor. I know where I was and what I did, but I let go of the feelings that surrounded it. This Bettelheim has changed his experience, made it fit with his understanding of where he is now.” I suddenly thought, “I haven’t forgotten my experience—I’d better write it down before I change it too much.” But I didn’t want to write a case study.

Ever since taking a history class at American University, I had been interested in the York Massacre of 1190. With Albert’s encouragement, I wrote a novel about it, The King’s Persons, which was published in 1963. This proved to me that I could take history and bring it to life. Ten years after my experiences with the extreme state’s psychological challenges and therapy, I wondered if I could transmute personal experience into fiction. And in 1964, Holt, Rinehart and Winston published I Never Promised You a Rose Garden.

Writing it as fiction allowed me to look at it objectively. I was living a fairly isolated life in the mountains with my husband, two kids, and no car. I needed to create a space between me and those years. And I wrote it under a pseudonym because my mother had asked me to, in order to protect the family. Before I did so, though, I wanted to test the idea.

Albert was a psychologist, working at the Colorado Division of Vocational Rehabilitation. The counselors there had clients from prisons, mental hospitals, and halfway houses, with the full range of psychiatric conditions. I had invited them up for an evening, and after dinner I said, “These mentally ill people you deal with—psychotics—are they curable?” They all shook their heads. “There are remissions,” one said, “maybe a little break in their symptoms, but that’s iffy and temporary. They can revert at any time. The condition is, of course, progressive and incurable.”

If trained professionals felt this way, what would my neighbors feel? Would they be waiting for something to set me off, maybe a mention of shoelaces or Tuesday? We had one son who had epilepsy; that was stigma enough. So I agreed to a pseudonym, a fake name as close to mine as I could have: Hannah Green.

I had dreams about reclaiming that part of myself, and about six or seven years later, the crows came home to roost: Another Hannah Green appeared; her stories were published in The New Yorker. Then there was a fine novel, The Dead of the House. I began getting incomprehensible fan letters; she got a gratuitous stay as a mental patient. (The confusion persisted, by the way, until Wikipedia informed me that I was dead.)

When I found out about her—from my friend John Williams, a writer I deeply admire—I wrote her a letter and told her that I would crawl out from behind her name for all my subsequent books, that there would never be a Son of Rose Garden or Bride of Rose Garden, and that I was sorry she had been bothered by what I had done. She invited me to meet her in New York, on Barrow Street, where she lived; we had a lovely afternoon. I’ve since had 17 novels and three story collections published under my own name.

The stigma is not gone, but these days it has been much ameliorated. People are writing about their experiences with extreme mental states, both in and out of hospitals, and they have been finding help in various ways with different kinds of therapy; I hear from many of them. Groups like the Hearing Voices Network and Breakthrough are forming all over the country; many of them were created or are staffed by those who have lived with mental illness. There are also combination groups, in which the recipients of services also provide assistance and are on the board; I help fund some of these.

My story is far from unique. More than one-third of us recover fully with no special treatment whatever, and many others with a variety of treatments and approaches. But the dominant view of the mentally ill is of the relatively few who have not yet found the right treatment or a way through the fear, loneliness, and anguish. We don’t know what causes or cures severe mental illness. We do know that knowledge paired with compassion and the building of trust results in many successes.

As the stigma eases further and more people, including celebrities, open up about their struggles, the chances of treating extreme states will improve and an array of therapies and interventions will give us the freedom that is the reward of courage. 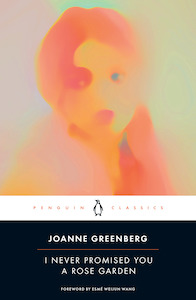 Joanne Greenberg is an internationally renowned, award-winning author of sixteen novels and four collections of short stories. Born in Brooklyn, New York, she graduated from American University, where she majored in anthropology and English, and also studied at the University of London and the University of Colorado. Her second novel, I Never Promised You a Rose Garden, published in 1964, has sold millions of copies and was adapted into a 1977 movie and a 2004 play of the same name. Greenberg lives with her husband, Albert, near Lookout Mountain, Colorado, where she writes daily, tutors Latin and Hebrew, is active in the Beth Evergreen congregation, has been an adjunct professor of cultural anthropology and fiction writing at the Colorado School of Mines, and has volunteered as an EMT. Photo by Daniel Mackler. 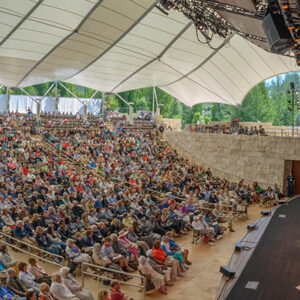