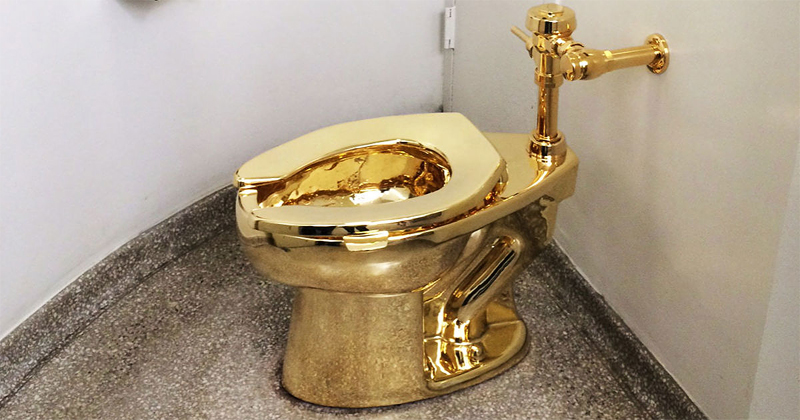 What is Money, Anyway?

On Lenin, KimYe, and Gold-Plated Toilets

In 1921, in a rare moment of lyricism, Vladimir Ilyich Lenin made the following promise to proletarians: he would have golden toilets made for everyone as soon as communism achieved world domination, once this metal had been deprived of all value. This was a twofold symbol. The most trivial places of communist society would henceforth be as luxurious as the palaces of the bourgeoisie. But above all, the working class would be relieved of the very incarnation of human rapacity—that accursed money, whose connections with anality had been underlined by Freud. Socialism would outdo capitalism at the same time that it disqualified it.

A piquant detail: in 2013, the American celebrity Kim Kardashian and her husband, the rapper Kanye West, had gold-plated toilets installed in their house in Los Angeles at the modest cost of just over half a million dollars. $550,000. Lenin had been heard, though not necessarily by those whom he had addressed.

Money is one of those things that seem obvious but aren’t. It is truly the commoner of life, as crude as it is burdensome. It seems to go without saying but remains a mystery in broad daylight. The French word for money (“argent”) is marvelously ambiguous: it also stands for the silver long used to make coins. Nothing can be said about money without asserting the contrary: that it is vulgar and noble, fiction and reality. It separates and connects people; it frightens us when there is a lot of it and frightens us when there is a lack of it. It’s a good that does evil, an evil that does good.

The first coins, historians tell us, date from the third millennium BCE in Ur, and were struck with the image of Ishtar, the goddess of fertility and death, a curious duality. Money is the universal pidgin par excellence, comprehensible everywhere; anyone can manipulate it, no matter what his language or religion; everyone can convert it instantaneously, in the depths of the desert as well as in the most remote islands.

Money implies, first of all, confidence. In Rome, the first coins were connected with their owners and the credit they enjoyed. Today, disconnected from the gold standard, their value varies with the economic health of the nations that issue them. They are imbued with an aura of sacredness, because they incarnate a people or a precise community. Money features in two kinds of stories: those of the oppressors who crush the forsaken by financial means, and those of the oppressed who free themselves thanks to financial independence. In one case, it is a power that enslaves; in the other, a force that liberates. That is its ambiguity: when it is condemned, we want to defend it; when it is defended we want to attack it. Like sex, it is overflowing with meaning, giving rise to countless synonyms that never really designate what it is: bread, lettuce, gravy, jack, loot, moola, scratch, portraits of dead presidents. And this is true in all languages.

“Like sex, money is overflowing with meaning, giving rise to countless synonyms that never really designate what it is.”

It is not only a unit of exchange and a receptacle of value, but above all a barometer of our desires. The measure of all passions, it has become the absolute passion in which all the others are reflected. Contrary to the commonplace about its making the world uniform, we have colored it with our many affects. The vices with which it is associated—cupidity, envy, avarice—existed before it, but in each case it seems to amplify them. The enthusiasms as well as repulsions that it arouses are themselves symptomatic. What is fascinating about it is its status as a creation that has escaped its creator’s grasp and turned on him, a discreet offshoot turned into a mad tyrant.

To talk about money is always to talk about oneself. I was spared the injury of poverty; after a difficult youth my parents achieved a degree of affluence before sinking into debt. They began to count their pennies, and endured the bitterness of losing their social status. Death came to them when they were in a state of near destitution. So far as I was concerned, I moved from a careless indigence while I was a student to an intermittent prosperity. For a long time, I didn’t worry about money, certain that luck would always be generous to me, and that the royalties derived from my writing were not a salary but a gift. Money offers the only truly precious value in this world: time, its inexhaustible abundance. In this respect it is liberating. When money is lacking, life is reduced to an eternal present that incarcerates us. I have always distinguished between my job and the reasons for existing. The two have sometimes coincided, but for all that without relieving me of the necessity of earning a living.

I recall with nostalgia that period; it was a time, lasting until I was in my forties, in which I considered money negligible. If there was some, that was good; if there was none, one got along. A marvelous nonchalance allowed me to consider material problems unimportant so long as I could explore the world, broaden my horizons, escape platitudes. It was a happy youth that lasted a long time, when the dividing line ran not between the necessary and the superfluous, but between the necessary and the essential. Among the essentials: the mysticism of the book, travel to Asia and India, feverish discussions, political commitments, demanding friendships, unusual experiences, multiple love affairs, and especially the opportunity to live my passion for writing.

I like to think that money became a concern only with age, with the fear of not having enough of it in a society that has made it its center, with the end of the lyrical years and the Cold War, in the wake of the Thatcher and Reagan conservative revolution that forced Western culture to sober up and shift to more materialistic celebrations of tangible reality. It is a shift that is fading as we see once again different worldviews coming into violent confrontation. Getting old means slipping into the order of calculation, into the order of the account balance. Everything becomes limited for us, days number fewer. Time is no longer a profusion, it becomes a reprimand. For me, however, the supreme luxury, even today, is not to own beautiful cars, big apartments, or vacation homes, but rather to be able to prolong the student life into an advanced age. A student’s life is one of daily improvisation, a taste for wandering the streets, long hours in a cafe, a flaunted detachment, indifference to honors and emoluments, and the symbolic trinkets with which people like to deck themselves to ward off the passing years. In sum, it is the absurd but necessary illusion of beginning a new life every morning. In such a life, if I feel privileged, it’s because I have invented that privilege for myself. Being neither the heir to a fortune nor a financier, I have never been rich enough to forget money or poor enough to neglect it.

Money is therefore a promise in search of wisdom. This should be understood in two senses: it is wise to have money, and wise to reflect critically on it. Money forces us constantly to arbitrate between our desires, our assets, and our debts. It makes everyone a philosopher in spite of himself: thinking well is also learning to spend well, for oneself and for others. Money is revealing: it exposes the tightwad and the profligate, the miserly and the envious, all betrayed by how they reach into their pockets. No one is at ease with money. Those who believe they detest it secretly worship it. Those who worship it overestimate it. Those who pretend to despise it are lying to themselves.

A problematic passion, an impossible condemnation. That is the difficulty. But if wisdom does not consist in attacking the very thing we all recognize as the height of folly, what good is philosophy? 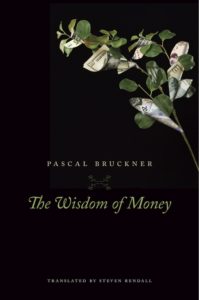 From The Wisdom of Money. Used with permission of Harvard University Press. Copyright © 2017 by Pascal Bruckner.

Pascal Bruckner is an eminent novelist, philosopher, and critic.

In Kintu, a Look at What it Means to be Ugandan Now 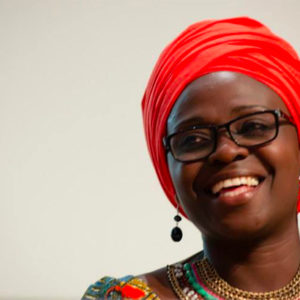 In Kintu, a Look at What it Means to be Ugandan Now

Ugandans have waited a long time for Kintu to exist. Since it was first published in 2014, after winning the Kwani Manuscript...
© LitHub
Back to top
Loading Comments...