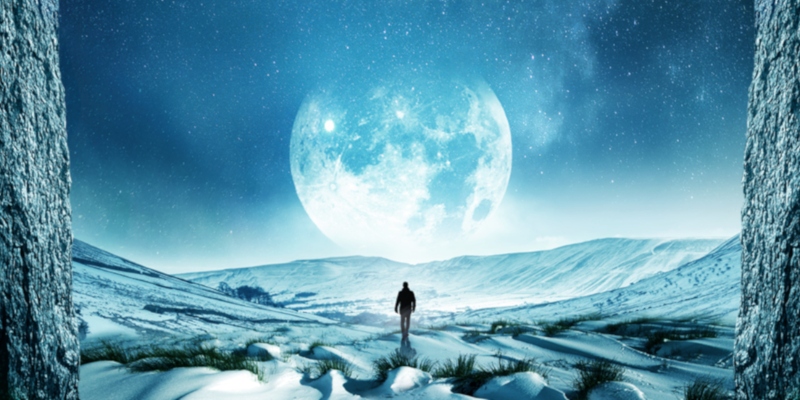 In Adrian Tchaikovsky’s The Doors of Eden, the multiverse is filled with parallel Earths where evolution takes different twists and turns.

The forks in the road and the paths species take vary from Earth to Earth, seeding sentience in a wide variety of organisms. In one, giant mollusks “understand and communicate profound truths about the nature of existence.” In another, a creature twice the size of the average human with traits of fish, salamander, and slug creates a permanent ice age and must upload its citizens to supercomputers to survive. Toddler-sized rats pave the planet with Industrial Age warrens in a different Earth. And in still another version of our planet, giant immortal spacefaring trilobites establish themselves at the top of the evolutionary heap for all eternity.

Tchaikovsky’s characters learn about the existence of other Earths because the boundaries between them have sundered, necessitating urgent action. The challenge is no single species has the smarts or technology to fix the problem by itself. Thus they need to create an all-star team of the best and brightest among rats, trilobites, humans, and more if any their worlds hopes to continue.

While mankind’s dominance of Earth has often been mythologized as inevitable, The Doors of Eden presents a countervailing narrative, one that elevates chance as the most important factor in our species’ success.

“One of the big things you run into in studies of evolution is this assumption that we are what it was all aimed towards when, of course, we’re only one rung of the ladder that’s going to run a long way beyond us,” Tchaikovsky says. “If the conditions had been slightly different, we would have been very different. … How other sentient races might have developed from a completely different starting point was very much the point of the book, to be honest. I needed to find a plot that humans could get involved in that would showcase all of those different earths.”

Rob Wolf: There’s a clear if-then logic to the development of the dominant species on each Earth. Can you give a little insight into how you went about creating the different genealogies?

Adrian Tchaikovsky: I’ve been a very keen student of biology and paleontology for a long time. … In order to fit with the fact that I’m telling a real-world, modern-day human story, I didn’t want to just throw out, “This is the world where there were dragons. This is the world where everyone has three heads,” or whatever. I needed to build logically step by step from the real creature, whether it’s a trilobite or a saber tooth cat. So, for example, the immortality of the trilobite is based on crab genetics. Lobsters have a similar kind of longevity because their genetic code doesn’t decay in the way that ours does, so they don’t get old. They have other problems which kill them off, so I had to work out how the trilobites get over those. But it’s all based as much as possible in genuine science, if occasionally misappropriated.

AT: Well, yes, humanity’s place in evolution and Britain’s place in history—I suppose there’s a certain parallel to the way I was treating them both.

RW: Let’s talk about the nature of evil. One evil in your book is the universe, which is creating a problem that could lead to the destruction of all the parallel worlds. And then there is a xenophobic, racist bad guy, Daniel Rove, who despises everyone and everything, including the other characters because they’re gay or trans or their ancestry is from another country. And he also doesn’t like any of the other sentient species.

AT: We have the threat, and the threat is big and impersonal. The threat is not a thing that wants to destroy us. It’s not an invading alien armada or anything like that. It is just the nature of the universe … And then we have the way the characters respond. Rove is absolutely an intolerant bigot, but his response to the threat is, “How can I profit from this? How can I make this so that I and mine survive and to hell with everything else?” Whereas you have other characters asking, “How can we turn aside this threat so that everything can survive?”

This book was written before the pandemic, but the pandemic was really the whole thing in microcosm, looking at the way that some people decided, “Well, how can I make personal capital or financial capital out of this?” While other people were working every hour to try and help everyone get through it. … In a crisis, you can see who people really are—whether they are helping the next person along or whether they’re helping themselves.

Why You Won’t Catch Ralph Nader Complaining About Food 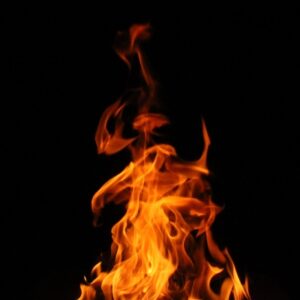