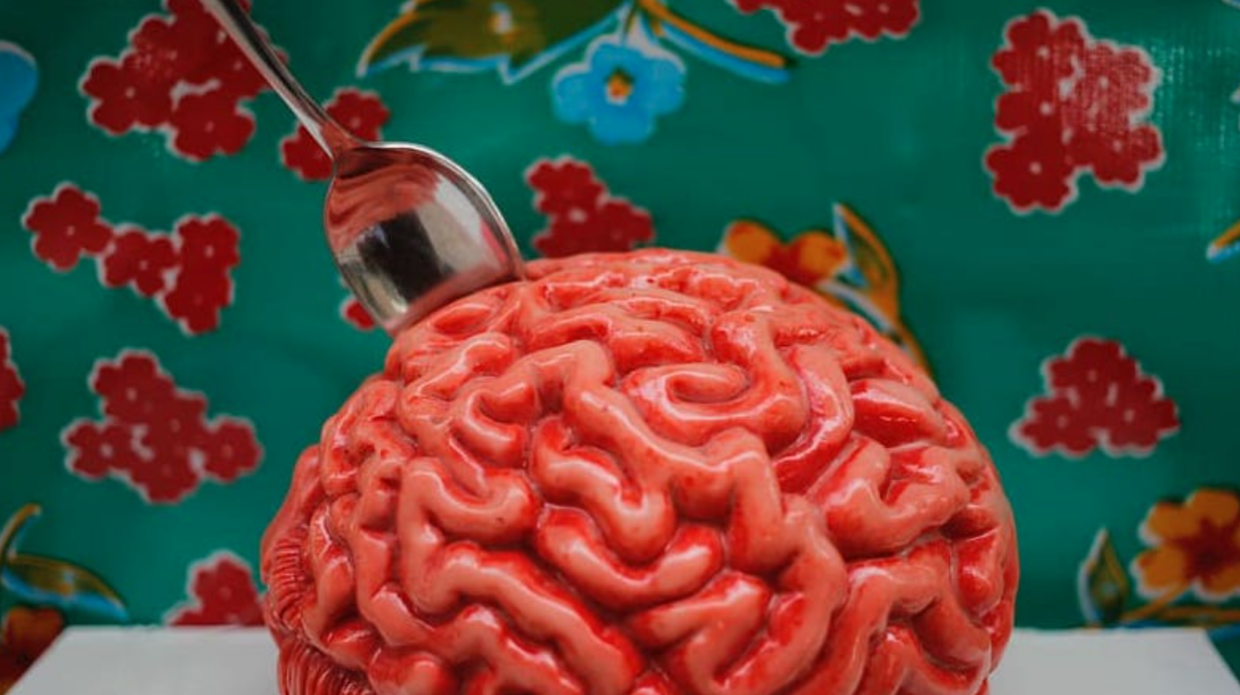 Dr. Guy Leschziner Clues Us In on the Flavor of Language

Now in his sixties, synesthesia has been part of James’s life for as long as he can remember.

My very first memories of sound having associated tastes and textures were during daily trips to and from pre-school on the London Underground. I was aged around four at the time, and my mother was helping me with my reading and writing, so I’d spend the journey reading out and writing down the names of the stations and their accompanying tastes as we stopped or passed through them.

After that, I moved on to the overhead carriage maps. I still have some of those battered notebooks from all those years ago and the name, food and flavor matches described are exactly the same as they are today. I can also specifically remember we used to have to recite the Lord’s Prayer every morning in my school. And that used to bring on extremely strong bacon, textural tastes.

James recalls mentioning this to his mother, but she would dismiss it.

It did not occur to him that not everyone had this experience of the world. When he began to mention it to his school friends, he was generally greeted with blank responses, disbelief or mild acceptance. But his synesthesia never really caused him a problem—until he was about 15.

We used to have to sit yearly exams, which we would have in big, echoey halls. We’d sit there and I’d be totally and utterly distracted by the sounds, because the windows were always open—it was always in summer; or by a pencil rolling across a desk and then falling off and clattering on the wood floor in the gym. It used to distract me so much. Even reading the questions was very distracting. So I asked my mum to take me to the doctor.

I can guess what a GP’s response in the 1950s or 60s would have been, and James confirms it, laughing: “He said that from an early age I’d always had a wild imagination, and this was just a phase that I would grow out of. That was his response.”

It was a harsh assessment by the GP, but understandable. Even now, some of the things James talks about are utterly incomprehensible, almost outlandish. Discussing his Tube journeys as a child, he says, “My favorite Tube station was Tottenham Court Road, because there’s so many lovely words in there. ‘Tottenham’ produced the taste and texture of a sausage; ‘Court’ was like an egg—a fried egg but not a runny fried egg: a lovely crispy fried egg. And ‘Road’ was toast. So there you’ve got a pre-made breakfast. But further along the Central Line was one of the worst ones, that used to taste like an aerosol can—you know, the aftertaste you get from hairspray. That was Bond Street.”

At another point in our conversation, we are discussing whether his synesthesia led him to make different personal decisions. When he looks back, he notes that all his old friends had names that tasted nice. His attraction to women has also been influenced by their names. Meanwhile, one of his friends was married to a woman whose name tasted to James of lumpy vomit—he grimaces as he speaks her name. Needless to say, James did not understand his friend’s choice of partner.

I spend some time with James, trying to comprehend. It quickly becomes apparent that it is not as simple as hearing and taste; James is describing an actual mouth-feel, the texture, taste and odor of a particular substance. In essence, the flavor rather than simply the taste.

“I can also specifically remember we used to have to recite the Lord’s Prayer every morning in my school. And that used to bring on extremely strong bacon, textural tastes.”

It all sounds extremely far-fetched, and I can understand James’s GP’s disbelief. But despite his vivid tales, there is evidence that James’s experiences are very real, not just the product of a bountiful imagination. For a start, the flavors of words or objects are totally fixed. A look through his childhood notebooks confirms that the flavors of Tube stations now are the same as they ever were. The tastes of people’s names, of Tube stations, are immutable.

Of course, he may simply have a very good memory, but these associations are so numerous that James would be extremely hard-pressed to remember every single one. It is possibly persuasive, but not definitive of synesthesia being a real phenomenon. For some synesthetes, the rules governing their associations are so complex that they cannot voice them or even understand them; such rules have taken specialists in psycholinguistics years to unravel.

Even more convincing, however, are studies of the brains of synesthetes. Using the almost ubiquitous tool of the neuroscientist, functional magnetic resonance imaging (fMRI), researchers have clearly demonstrated differences between synesthetes and non-synesthetes. For example, for those who report perceiving colors from words or letters, during language comprehension tasks the color-selective regions of the brain light up. This definitively shows an underlying neurological basis for their experience of the world. Other studies have shown areas of hyperconnectivity within the brains of synesthetes. There are clear expansions of connecting tracts between different parts of the cerebral cortex that presumably mediate this cross-talk between the senses.

A third line of evidence comes from genetic studies. These have identified areas of the human genome linked to synesthesia, obviously implying a genetic basis to the phenomenon. This supports the observation that synesthesia tends to run in families. Here, once again, Francis Galton pops up, having published a paper in Nature in 1880 entitled “Visualized numerals.” While Galton does not use the term “synesthesia,” this is clearly what is being referred to.

In the same paper, he goes on to describe individuals with family members who experience something similar, and specifically comments on the role of heredity in this trait; an early recognition of the role of genetics in synesthesia.

While hearing-induced vision—seeing colors when hearing music, for example—is the most common type of synesthesia, the condition comes in many different guises—visions generated by touch, tastes generated by words (as in James’ case) or any other possible permutation of sensory crossover. It might, however, be a misrepresentation to consider synesthesia as purely a merging of the senses. For some synesthetes that is indeed the case, but for others it is not quite so straightforward. The triggers for these cross-modality experiences may not be raw sensory experiences, but higher-order cognitive constructs, with something more abstract generating these synesthetic experiences.

Consider James and his word-taste synesthesia. For at least some of his pairings, it seems that the relationship is defined by the meaning or root of the words themselves. For him, there is a linguistic or semantic element to all this, not purely auditory. For others, certain words beginning with the same letter may elicit the same color, despite the words being pronounced differently—e.g. popcorn, psychiatry, phone. Some synesthetes experience different colors with different letters of the alphabet. For some it may be the sound of the letter; for others the geometry of the letters; for others still it may be that a letter, no matter how it is written—in whatever font, capitalized or lower-case—may precipitate the same color, once again implying that the origins of their synesthesia are more complex than the raw sensory experience. 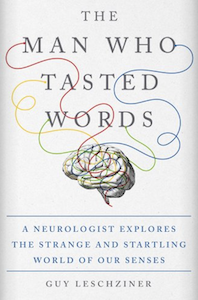 Dr. Guy Leschziner is the author of The Nocturnal Brain, as well as a professor of neurology and sleep medicine in London. He sees patients with a range of neurological and sleep disorders, and is actively involved in research and teaching. He has also presented series on sleep and neurology for BBC World Service and Radio 4. His newest book is The Man Who Tasted Words.
https://www.guyleschziner.com/

The Socialite, Property Developer, and Bigamist Who Had Everyone in 18th Century Europe Talking 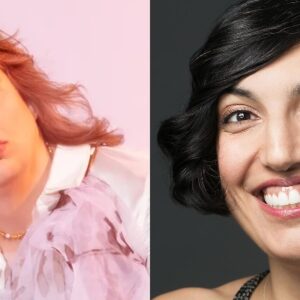 Greenlight welcomes author, scholar, and activist Grace Lavery to their (virtual) stage to celebrate the launch of her first...
© LitHub
Back to top
Loading Comments...