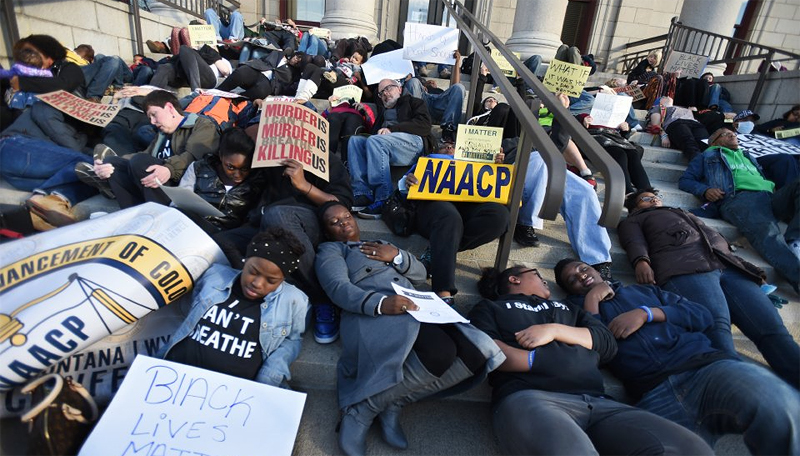 On Black Bodies, Metaphor, and Mourning

What roles does poetry play in response to violence?
Can poets write about racialized violence without reinscribing it on others?
–Susan B. A. Somers-Willett

There is a body discussed on the news today, I’m sure of it. A black body—one killed over history and skin. A body that bore the weight of immigration, colonialism, and fear. Simple fear. A body, whose life ended because another hand felt the tremble of the other side of that fear, of the unknown, of its own history and skin. Isn’t that what we all are, history born out on skin?

I will start by telling you where my body is from. I was born in Mexico City to a half-Mexican, half Colombian father, and a Colombian mother. My family immigrated to the United States, business owners with legitimacy stamped in our passports only to spend our lives crossing borders. I am from the liminal.

Which is to say, in my body there are metaphors. I will give you more bodies, more metaphor.

There is a boy I saw in Pittsburgh. An Afro-Latino boy. One who looked enough like me to take my breath. Killed by a gang, stray bullet in a turf war. Or so I was told. Always a busy-body, inserting myself into things that only somewhat involve mine. And here was this boy. This body. Two weeks later, I read on Facebook about a boy in Colombia, a friend of a friend, the kind of smile I’d seen in the background at a party, a stray bullet in a turf war putting an end to the dance.

Here is a bigger picture: A war on drugs that spans continents, but still affects the darker ones, the black and brown children of poverty and systemic crime. And they admit to it now, the administrations, how the war on drugs was engineered to break our bodies. To incarcerate, control, manage, and oppress. Because melanin is melanin, and one drop is enough to poison the well.

I am interested in discussing and dissecting bodies today. The kinds of bodies we see on the news, abstracted bodies. Bodies no longer living. Bodies that have been reduced to collateral in a much larger war.

I’ve been trying to unravel what it means to be a poet in the face of violence. If poetry hasn’t always been, to some degree, a softening of the blow. A way to undo the narrative of the impossible—the violence of war, the death of children, the loss of limb or soul or possibility—and render it palatable, a distant memory, like a tree seen through a train window, passed by hours and landscapes ago. The way the Song of Roland, Beowulf, and Homer tell me of war—necessary, inevitable, romantic. Like that tree we passed so long ago. Somewhere in the horizon, a small dot, a reminder of the ugly parts of ourselves turned beautiful. There’s a reason our memories live in sepia. That our memorials are covered in plastic flowers, immune to the truth, removed from what happened. “Dulce et decorum est…” A nobility to being remembered in a poem that almost justifies the history that made it possible. What is Troy if not a story for us to repeat and marvel at? A love story. A hero’s story. A calamity to be repeated. A Trojan woman, Cassandra-ing her way into history, beating her chest in front of the bodies that once belonged to her and now only exist as metaphor.

I am scared we are losing bodies in our poetry.

What is a body? At the memorial, the body is a statue, a tribute to unfulfilled promise. Michelangelo’s Pieta, a boy in the arms of his mother. The body removed from the context that killed it, holding the secret of its own death. The boy is now a metaphor—yet I worry when the poet makes this body too lovely, this war too beautiful. The poet can find the beauty in this dead boy, and in doing so we can try to make ourselves see the tragedy of what once was living, while at the same time abstracting that which is too close, too real. So here we are, poets looking at corpses and figuring how to turn blood into an acceptable dirge, an image worth the time it takes to stare.

I’m scared about what happens when we don’t make metaphor. When we don’t speak, when we leave it to pundits instead of poets. I worry about what happens when we forget one another’s stories. When I don’t point out that #brownpeoplearegettingkilledtoo. That #Mexicanboydeadthismorningonthenews that #southtexasqueerkidkilledbycop that #mentalillness gets you killed too. That #ourbodiesbearburden. I’m scared I sound like All Lives Matter, like I’m screaming “Seen the tundra lately?” at a “Save the World” rally focused on the Amazon. How can I explain that we’re all losing this war together? That the boy in Pittsburgh to me is a chapter from the same book as the boy in Colombia, as other boys in Mexico, as me, going to jail for smoking a little weed at 19. There I was, scheming my way out of #brownprivilige with #education. Which is to say, I am a metaphor too. Which is to say, I don’t know how to look at bodies any more without seeing the metaphor instead of the person. Which is to say, I don’t know how to reconcile my own body. Which is to say, I’m not sure I can say anymore.

So I’ll start again by telling you that this is a body. A body that bears the weight of its makers. A body that’s trying to tell a story, without making it pretty, but this is perhaps where poetry fails me, because we want the beauty in language.

So I’ll ask you instead to look. To look at the faces and stories that once made boy, that once made woman, that once made us persons. And in looking, we can hopefully begin to understand story from breath, idea from bone, politic from poem, body from metaphor.

This essay is adapted from a panel at AWP 2016 in Los Angeles.

Adriana E. Ramírez is a Mexican-Colombian nonfiction writer, storyteller, digital maker, and performance poet based in Pittsburgh, where she is writing a book about her death fantasies, the War on Drugs, and the way we tell stories around violence. She’s the winner of the 2015 PEN/Fusion Emerging Writer’s Prize and teaches in the English Department at the University of Pittsburgh. 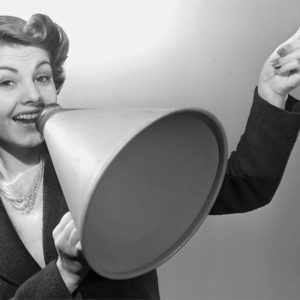 The LGBT Center in New York City hosts a lecture series called Second Tuesday, where people on the LGBTQIA2S spectrum (or rainbow,...
© LitHub
Back to top