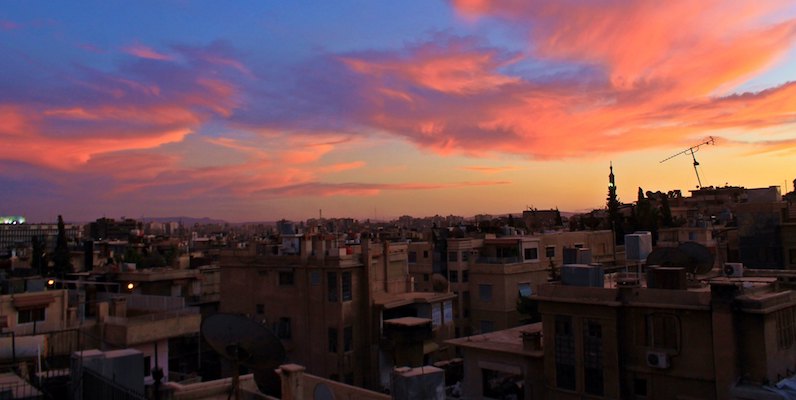 This past June, I attended a fundraising event for the families of fallen and injured fixers who worked with the international press. It’s a very well-intentioned, white tablecloth, three-course affair where foreign correspondents mingle with guests, sharing personal anecdotes about their experiences with fixers. The recollections were in equal measure funny, eccentric, emotional and heroic—a testament to the local journalists who so rarely get credited in the pieces that we read, but so often make seemingly impossible pieces possible, saving the day in more ways than one. We were told fixers—usually excellent journalists in their own right—frequently can’t receive a byline, as it would present a risk to their lives under oppressive governments.

As I sat listening to these speeches, I looked around. The dinner is held annually, and many of the guests are regulars. Of the journalists speaking, all but two were cut-glass accented older white men. This echoed a pattern that’s noticeable in most foreign coverage—the profile photo icons that so often hover above bylines confirm it, as does the coverage you’ll see on so many broadcast networks.

The conflict journalism we see is often driven by three things: news, numbers, and the assumption of a Western audience. As a result, the foreign reporting with which we’re presented often feels distant; it drops in on the lives of civilians and rarely takes the time to contextualize the impact of current events, either as a whole on the culture of a community or the ongoing experience of individuals. To do so would require intimate knowledge of a place and developed relationships across the spectrums of class, gender, religion, and race.

Priyanka Borpujari’s recent Columbia Journalism Review article titled “The Problem with ‘Fixers’”, discussed this lack of consideration from the perspective of parachute journalists at length. In it, she quotes Indian journalist Neha Dixit, who often coordinates reporting projects for a North American broadcaster. “Their storytelling is different than the way I do my work,” Dixit told her. “Since it is for an international audience, they try to simplify complex matters, and lose out on the nuance.”

Our Women on the Ground, edited by Zahra Hankir, clearly demonstrates how groundbreaking and intimate conflict reporting can dare to be when these nuanced perspectives are given a bold platform. The essays featured in the book are all written by Arab and Middle Eastern female journalists, and are pull-apart, sticky, forensic examinations of personal experience, identity, culture, and, yes, conflict. They spare no details in self-examination or in the rendering of facts. Through a multitude of voices, the collection allows the reader to imagine what current affairs coverage would look like if it was a continuous examination of a country’s evolution from the perspective of those who live there rather than, as is so often the case, the result of parachute journalism.

“We don’t publish the picture. It’s too graphic, and people are too sensitive. Those of us who count as people, with sensibilities.”

Though many of the writers included in the book live and report from the US and UK, it’s a revelation how these essays demonstrate how different foreign reporting can be when it’s informed by a perspective of in-depth cultural insight and lived experience. As you move through the writing you become absorbed in scenes of chaos, emotion, realization, and drama. Our Women on the Ground creates space to realize how much is lost when we only read Western narratives written for a Western gaze, and question how many stories and voices such as the ones in the book have already been lost to history.

The authors of the essays are sahafiya who pulse between boundaries in their own ways, personal and professional. We ache with Nada Bakri’s loss of love as she mourns her partner and in turn leaves a lifetime of journalism behind in Lebanon. We follow Hwaida Saad as she builds relationships with sources over an at-first humorous series of Skype conversations and flirtatious, emoji-laden WhatsApp chats with Syrian fighters, until they disappear one by one. These essays address the specific dangers, struggles, and assumptions that female reporters face, and they explore how sahafiya define safety, what they fight for, and where they draw the line. Whether you’ve spent time as a woman in the Middle East or not, each chapter calls on different aspects of the female experience, be it a sense of danger, using Trojan horses to demonstrate our ability, or attitudes towards family, partners, men, and children.

In the section “Crossfire,” many of the essays deal with guilt—survivor’s guilt, the guilt that comes with journalistic distance, and the guilt of the in-between space occupied by dual citizens covering countries where they simultaneously feel like they belong and like they are outsiders. It’s hard to imagine these brave women being fearful of anything as you read their tales of going toe-to-toe with often cruel and violent forces, but even for them, imposter syndrome simmers close to the surface, and their concerns about parachute journalism are just as real.

This is no clearer than in Natacha Yazbeck’s unflinching, heart-heavy piece, “Spin,” which examines the concept of journalistic distance and her relationship to her sources and stories. In addressing the horrors of an image of a deceased unborn baby coming into her newsroom, she picks apart the language we use to desensitize the brutal snapshots of wartime life for a newspaper-reading public. “The baby is burned to what would be described as a crisp. It is a burned, flappy little Yemeni almost-human, small enough to fit in the outstretched palms of the medic’s hands. The nubs flap behind my eyelids for a week.” She later writes, “We don’t publish the picture. It’s too graphic, and people are too sensitive. Those of us who count as people, with sensibilities.” Yazbeck undoes the bravado and assumption of immersion that normally accompanies the idea of a war correspondent and instead expresses aching guilt about these tropes, particularly when she hears from a former source who thanks her for her dedication and coverage as she sits in a safe, air-conditioned office miles away. After all the devastation she chronicles, she writes with painful honesty, “I am in Dubai now, and my business card says I cover Yemen.”

Nour Malas, a Syrian-American journalist who had never lived in Syria before taking an assignment there, expresses a different kind of concern, the antithesis to parachute journalism in so many ways. In “Bint-El-Balad,” she finds herself struggling to self-define her role as a reporter in a homeland where she feels unentitled to the extreme traumas of the civil war. She then pushes herself to the point of almost “unreasonable neutrality,” “paranoid” of the personal connection she finds herself feeling to the subject matter. The vivid images she paints—of who she is and who she finds herself becoming—are dizzying against the backdrop of a disappearing landscape to which she’s only just discovering her relationship.

Hind Hassan’s “Hull & Hawija” addresses her and her family’s relationship with Iraqi culture and identity. Though the author was born in Iraq, she was raised in Hull, where from an early age she felt like she stood out sorely because of her “unibrow, brown skin and afternoon curfew.” This misfit feeling didn’t dissipate when she returned to Iraq at seventeen, where she recalls the contrasting comfort of finally meeting girls who looked like her, but also the ache of being still being a foreigner, with fragmented language and a differing outlook on life. There’s no resolution to her belonging. Her piece navigates this duality, which carries through to her later work in Iraq as a reporter. There’s an honesty and humility that punctuates Hassan’s voice as she recounts the stories she covered in Iraq—she expresses her surprise at a child’s illiteracy, realizes her own privilege, and revisits her narrative of victimhood and teenage otherness as a result of what she sees and experiences. In the process, she comes to understand her parents’ hold on Iraqi cultural ties while living in England, something that will feel familiar to countless third culture kids.

As Roula Khalaf articulates in “Dying Breed,” a state of the union on foreign journalism, it’s necessary in the age of deep cuts to funding for overseas bureaus that voices from the regions remain active. There is only so much you can understand, let alone convey, without presence, and as the book shows in so many ways, women have unparalleled access in the Middle East. They can navigate spaces men rarely can, finding stories that otherwise would have remained untold: dispatches from the women’s side of the mosque, domestic spaces, and more. They can build intimate relationships with sources that challenge narratives commonly portrayed by male journalists. The spectrum of the unexplored stories of the Middle East is broad and incredibly valuable in all its complexity.

Our Women on the Ground gives me hope that as long as reporters such as those featured here persist, the legends of foreign correspondence won’t remain so white-washed, male, and Western. It gives me hope that the language of reporting is changing. There are brave women from all countries, classes, sects, and religions who will speak truth to power, despite the enormous odds stacked against them culturally, socially and politically. This is simply an introduction to some of them.

Zara Meerza is a British-Indian documentary filmmaker and an award-winning screenwriter. She's held fellowships with the Producers Guild of America, Women in Film, and the Black List, and has worked with the BBC, the BFI, Warp Films, Sky Arts and Topic Studios/First Look Media. She holds degrees from Cambridge University, University College London, and the University of Manchester and is currently working on an auto-fiction novel about the Bangladesh war.

Standing Room Only: On Overtravel and the Joy of the Unsung 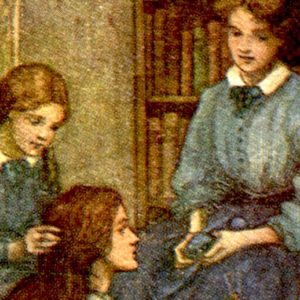 Jenny Zhang on Reading Little Women and Wanting to Be Like Jo March From the moment I learned English—my second language—I decided I was destined for genius and it would be discovered through...
© LitHub
Back to top