What Do Writers Owe Readers?

When the Digital Mailbag Gets Too Full

Literary twitter has its delightfully odd moments—the recent trash-talking between Random House and Melville House, pitch-perfect brooding Emperor Franzen, every lunatic tweet from the fevered mind of Joyce Carol Oates. But one recent social media dustup seemed more significant somehow, sparking a more-public-than-usual conversation among writers about just what it is they owe their readers, beyond the work on the page.

Earlier this month, novelist Celeste Ng tweeted what she thought was a modest request. “Teachers: please, please, please don’t assign your students to email an author and ask questions. It’s not fair to us or to them.”

Responses piled up fast. People who said they were teachers, aspiring writers, or just big readers expressed hurt and even anger. A few seemed especially “determined to be mad,” says Ng, whose novel Everything You Never Told Me came out last year. “My favorite was the woman who’d never heard of me or my book but said, ‘Oh good, another author’s book I don’t have to buy!’ When I reiterated what I’d actually said, and that I actually did try to respond to everyone who wrote me but it took time, she replied ‘You sound very selfish and entitled to me.’” Another wrote, “Yes. God forbid u interact w/people who have read your work. Being writers, it’s a burden to email back.”

To some, Ng’s request that teachers not make assignments that fill her inbox (in many cases with students claiming their grades depend upon her response) seemed like arrogance, or dismissiveness; a popular author turning away from the readership she should appreciate and engage. After all, a few angry tweets pointed out, writers like Ng want teachers to order their books, don’t they? In their way of looking at things, the relationship between reader and writer is an intimate, living thing, one that benefits both parties.

But does buying a writer’s book mean you have purchased an open ticket to further interaction with her? Not to go too far out on a ledge, but isn’t this the same sort of thing Stephen King was writing about in Misery? George R. R. Martin had to write a manifesto begging his “detractors” to lay off after getting one too many angry emails objecting to him spending time on anything other than Game of Thrones. He ends by asking if it’s “okay if I take a leak once in a while?” Joanne Harris, author of Chocolat, recently asked, among other things, for readers to respect that writers have needs too. “Without readers, writers would have no context; no audience; no voice,” Harris writes. “But that doesn’t mean we’re employees, writing books to order.”

On Twitter and off, many writers voiced support for Ng, often sharing stories of their own. “Once got an email from a student asking me to explain the origin, meaning and theme of my play. For a one-page paper,” tweeted the playwright and NPR host Peter Sagal. “I get scores of them,” Dan Savage tweeted. “I don’t have the time to respond, makes me feel guilty, wastes kid’s time.” Roxane Gay penned what is probably the shortest, best manifestor ever: “We are not robots. We do what we can.”

Rafia Zakaria, author of The Upstairs Wife: An Intimate History of Pakistan, says she receives 20 to 30 reader emails a week. Some of them “touching and poignant,” she says; surprisingly, she says, “a good bit of it is rather rude and entitled—with a few writing nasty, even hateful notes if I do not respond to their queries.”

Zakaria, who is Pakistani-American, says she feels an additional responsibility, as a Muslim woman, to “dilute stereotypes” and “change the frame through which readers see the world around them.” When she can’t respond to a reader, Zakaria says, “I feel quite guilty.” The burden of representation can be amplified by gender—it’s not surprising that many of the most vocal participants in the conversation are women. Ng recalls being on an author panel with another woman and two men, in which both women said they responded to reader emails, even when it took away from their writing time. The men said they didn’t always respond, and expressed no angst about it. “I don’t know if I could get away with saying that,” Ng says.

But should writers feel guilty for not writing back? Isn’t a writer’s job simply to write the story or poem or novel or play and then let the reader experience it? Especially for women, whose writing time is so routinely trampled on, shouldn’t there be a way to say, without any conflict, I need to be left alone now?

Laurel Snyder, an accomplished author of books for children (most recently Swan, an illustrated board book biography of Anna Pavlova), disagrees.

“I write back to every kid,” she says. “Always. When it’s clear the kid is doing an assignment for school, and the questions they’re asking are online somewhere, I point out that the teacher probably wanted them to do their own research, but if they come to me with follow-up questions, I’m happy to help.”

For Snyder, it’s a question of how writers construct their lives in general. “I think any writer has a right to privacy and solitude,” she says. “It’s enough to write a book, and put it into the world. If a teacher goes digging around and finds a private email for Harper Lee or J.D. Salinger, and sends her students that way, a line has totally been crossed.”

But, she goes on, “then there’s online life. Most of the authors I know cultivate a community of friends, teachers, librarians, booksellers, and so on. They build relationships with these people, thousands of them, on Twitter and Facebook. They engage. They do this because writing is solitary and lonely, and humans are social animals, but also because they want to sell books.”

This blurs the line, Snyder argues. A writer who builds an online presence that has to do with her literary career and identity can’t then be surprised when readers (or teachers, or students) approach them there. “Relationships are reciprocal,” she says. “The web is full of relationships. You can’t be shocked when it’s your turn to give.”

Andrea Sarvady, a writer who now teaches middle school, says that the whole issue stems from naivete on the part of teachers. “Very few teachers are writers, and they’re not thinking about the imposition on a writer’s time,” she says. “They’re thinking about how exciting it is to be able to communicate with authors in this technological age.” At worst, such intrusions are “accidentally inconsiderate.”

Some writers simply avoid social media altogether. Others have created a kind of one-way communication, maintaining a chatty online presence but outsourcing those pesky emails. There’s Neil Gaiman’s brilliant “Pretend I’m Dead” policy. But most of us can’t afford what it would take to be both approachable and protected. And in this new world, it might be true, as Snyder says, that writers have to choose one or the other.

“Only connect,” E. M. Forster famously wrote. But social media has enabled readers and writers to connect in so many new ways, so quickly, that we haven’t even begun to figure out the roles, and responsibilities of this new intimacy. What Ng’s Twitter battle reveals is how fraught and occasionally combative a relationship can be, especially one in which nobody can agree upon the proper boundaries.

It might be time to quote another old cliché; as Robert Frost wrote, “Good fences make good neighbors.”

Love, Light, and Basketball on the Reservation 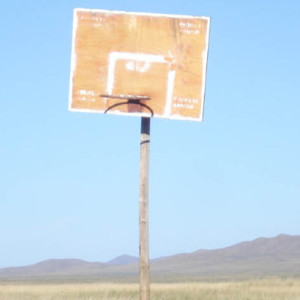 Love, Light, and Basketball on the Reservation

If you’ve grown up in the American West, and specifically Montana, and if you’ve experienced the darkness of Montana...
© LitHub
Back to top