Long before Harry and Meghan became a staple of supermarket gossip magazines and people on TikTok were doing deep dives into every aspect of celebrity scandals, people turned to weekly society magazines to find out what royals, socialites, movie stars, and other famous people were up to.

Aimed predominantly at women, these magazines served as a sort of Who’s Who, while also driving trends in fashion, travel, and culture. For my historical novel, The Last Dance of the Debutante, society magazines proved to be an invaluable resource describing the ins and outs of high society in the 1950s. For generations of British women, including those in high society and the women who aspired to those heights, the weekly editions of The Tatler and The Sketch were events to look forward to.

The history of the modern society magazine can be traced back to the 18th century. The early press created women’s publications like The Lady’s Magazine, which published pieces about fashion and needlework as well as music and stories. Later in the 19th century, domestic magazines taught a generation of middle-class women how to keep their house and entertain.

It wasn’t until improvements in printing technology and public literacy came about that the demand for all types of reporting including society news began to boom. During the 19th century, illustrated journals began to grow in popularity, one of the most famous being The Illustrated London News. These could depict anything from news events of the day to fictional stories.

It is out of the demand for illustrated magazines that The Sketch was created 1893 by the Illustrated London News Company. The magazine covered the movements of both Britain’s royals and aristocracy, as well as theater, the arts, and later cinema. The Sketch came out weekly, and often featured photographs of prominent women in society at glamorous events. However it also has another claim to fame. During the 1920s, Agatha Christie wrote forty-nine short stories for the magazine, including some of her Poirot short stories.

The one place where you might see some of the old vestiges of the society magazines is in royals coverage.

When The Sketch’s rival, The Tatler, launched in 1901, it was meant to be “an illustrated journal of society and the drama.” It featured images of society events, such as charity balls and staples of the London Season like Henley and Royal Ascot. In 1940, it was renamed The Tatler and Bystander, and it was a vital source of information for all things high society.

To the society mama, both The Sketch and The Tatler were important reading during the Season, not just to know what point to point race meeting was going on that month or who had been seen at what ball. They were launching pads for debutante daughters coming out in society for the first time.

Both magazines would publish studio portraits of debutantes, including the girl’s name, who her family was, a couple of lines about the girl’s education or accomplishments, and perhaps a note about where her coming out cocktail party or ball would be held.

In the 1950s and 1960s, The Tatler’s society columnist, Jennifer, exerted an incredible amount of power as an opinion maker. Actually named Betty Kenward, Jennifer was a staple at society events and by all accounts exuded the ideal of a polished woman with proper manners and her elegant wardrobe. She also kept a de facto calendar of all of the cocktail parties and balls families were throwing for debutantes. Mothers would come to her to consult about which dates were free for their daughters’ coming out dos so that no single day of the Season had too many parties competing for attention.

Biographer and 1958 debutante Fiona MacCarthy writes in her book The Last Curtsey: The End of the Debutantes, “I think my mother was secretly a bit in awe of Jennifer…She and Petie returned from their afternoon audience in the Tatler offices, having been allotted 10 June for the dance at the Dorchester, with evident relief.”

The announcement that Queen Elizabeth II would end presentation parties where she received debutantes in 1958 was a sea change for society, and both The Tatler and The Sketch covered the announcement and the final presentation parties. In the March 26, 1958 issue of The Tatler, a feature called “The Last Presentations” featuring seven debutantes appears along with pieces about the birth of Princess Grace of Monaco’s son and a fashion editorial called “New Twists on an Old Tailoring Tradition.”

The End of an Era?

The end of the debutante presentations at court proved to be a sign of things to come, although it wasn’t obvious to everyone at first.

At the end of 1958, Jennifer wrote in The Tatler, “I want to say how heartily sick I am of reading…such statements such as the ‘Death of the débutante”…This is rubbish. There are just as many débutantes coming out in 1959 as in any previous year.”

That might have been the case, but society’s attention—and the world—was shifting. More and more media and public focus was on movie stars and other celebrities rather than socialites. The loss of the debutante presentations took away much of the structure of and reason behind doing the London Season, especially as more girls chose not to come out with a ball or cocktail party. Society in Britain had been opening up since the world wars, and high society itself was changing.

By the mid-1970s, many of the private events that were anchors of the Season such as balls and benefits had gone by the wayside, and with them many of the society magazines. The Sketch folded in 1959. The Tatler is still published today—its tagline is “The original social media”—but most people get their daily dose of gossip from sites like TMZ and other celebrity gossip blogs. The internet and its incredible ability to move at lightning speed has become the hub for all things gossip.

The one place where you might see some of the old vestiges of the society magazines is in royals coverage. While the internet and social media might have transformed how we get our news about royal families worldwide, the coverage of everything from what the Duchess of Cambridge is wearing to the Dutch royal family’s charitable work—or scandals—offers that hyper-focused, aspirational look into how the upper echelons of society live just as society magazines once did. 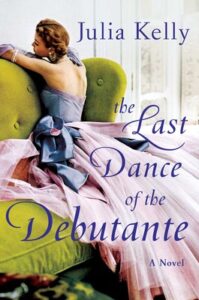 The Last Dance of the Debutante by Julia Kelly is available via Gallery Books.

Julia Kelly is the award-winning author of books about ordinary women and their extraordinary stories. In addition to writing, she’s been an Emmy-nominated producer, journalist, marketing professional, and (for one summer) a tea waitress. Julia called Los Angeles, Iowa, and New York City home before settling in London. Her new novel, The Last Dance of the Debutante is out now from Gallery Books.

No Sympathy for Horrid Women: On the History of George V and the Demands of the Suffragettes 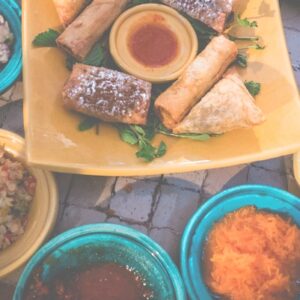 The following first appeared in Lit Hub’s Craft of Writing newsletter—sign up here. I never set out to write about...
© LitHub
Back to top
Loading Comments...