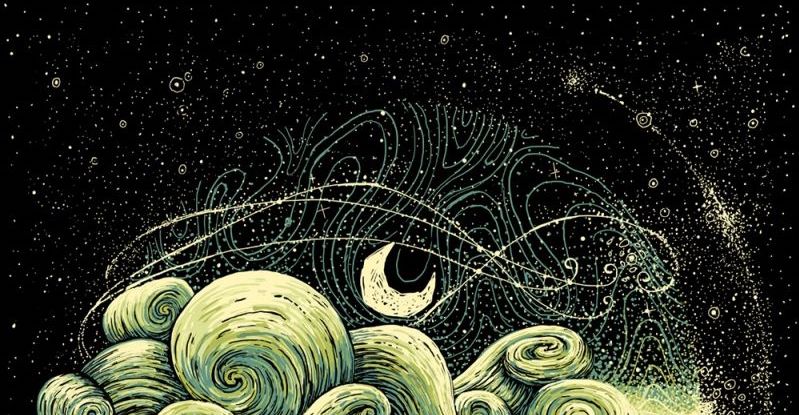 Molly Wizenberg on What It Means to Form a Couple

Brandon and I met in April 2005, the spring that I was 26. He was 23, eleven months out of college, in his first year of graduate school at Brooklyn College. He was a formally trained saxophonist, now getting a master’s in music composition. I was in grad school too, for anthropology, and I worked part-time for a university press in downtown Seattle.

We were drawn together from the start by a love of food and cooking. I’d been writing a food blog for a few months, and a friend of his told him about it, jokingly playing matchmaker. He read it and sent me an email. He was in New York, and I was in Seattle, but we had credit cards. We’d deal with the consequences later. The first time we kissed was in the kitchen of my apartment, against the closed door of the dishwasher in mid-cycle. Everything whirred.

Food was a hobby that we’d each put to use in short-term jobs and odd gigs to get us through college and after. He’d worked at Pizza Hut, had done some catering, was a server at Balthazar in New York City. I’d also worked for a caterer, and as a restaurant cook, though the stress and pressure of a professional kitchen quickly spun me back out the door.

Instead I sold olive oil at a greenmarket and made sandwiches at Whole Foods, reading M. F. K. Fisher like a sacred scroll. The best job I ever had, I told Brandon giddily, was a summer as a cheese monger. He got it.

I’d never felt so perfectly matched. He was smart in all the ways that I wasn’t. I knew the lyrics to songs, but he actually knew how to make them. I remember when he played me Nina Simone’s “Sinnerman.” I’d never heard it before, but I thought right away that he rose to meet the world the same way the song does: light and quick, with an intensity that revealed itself in glimmers, caught me up and made me feel things.

Brandon was easy to like and easy to love. While I was at work, he’d set off on foot or by bus or in my car and find places I’d never heard of. He bought me a funny vintage book about etiquette and a dozen slices of culatello wrapped in aluminum foil. He was a city creature, unintimidated by new places and people.

A lot of people seem to barely tolerate the person they love. Is that normal? If it is normal, is it okay with me, in my life?

I liked visiting him in New York, letting him lead me around the city. He was a whistler, I discovered. He whistled everywhere he went. Sometimes he even sang, a phrase of Caetano Veloso or Curtis Mayfield. What I love about New York is that no one cares, he said, squeezing my hand.

I was quietly crazed with love for him, the way a ceramic bowl is crazed with fine cracks and lines. I felt like I could split open at any moment and it would all spill out, the jelly of my insides, like the alien in a sci-fi movie who looks like a woman but in the act of love is revealed to be a glowing column of light.

He’s so good, I’d say to friends, catching them up on my news. I wanted to learn from him.

His parents had been hippies, he told me. His mother had given him dolls and trucks, and he’d played soccer and saxophone and taken dance classes. His parents had tried to raise him without gender bias, and as an adolescent, he wanted to join a ballet company one day. I’d never known someone like him.

My mother hoped I’d wind up a gay, ballet-dancing rock star, he laughed. She was disappointed when I turned out to be straight.

Of course, there were things I wasn’t sure about. We lived on opposite sides of the country and knew each other in a once-a-month-visit kind of way. He also fantasized frequently about robbing a bank and what he could do with the money. Usually these were altruistic, Robin Hood–y fantasies, which was charming, but they were disturbingly elaborate. It didn’t seem very fun to me, daydreaming about something illicit that I didn’t want to do. Tomato, tomahto?

Once, visiting his parents in New Jersey, we borrowed their car and went out to dinner. It was late summer, the end of a hot and torpid day, and Brandon half-assed his parallel-parking job. The wheels were three and a half feet from the curb, if not four, and when I suggested that he repark, he scoffed. If I get a ticket, he said, I’ll just pay it. I huffed the whole way to the restaurant. We’ll never share a bank account, I scolded. I don’t want you using my money for a parking ticket you could have avoided.

He had a tendency to talk in absolutes, offering opinions and judgments with an air of immutable fact. He was prone to exaggerations and boasts. I didn’t like how big and loud he got, how he stopped listening. I’m from New Jersey! he’d explain. This is how people are in Jersey! I bit my lip. I grew up in Oklahoma—what did I know? It was easier to give in.

I’d seen movies, read magazines and novels and Cathy cartoons. I’d heard groups of women talk shit about men—men always this, men always that—as though men were a unified, homogeneous category, and I’d heard groups of men do the same. It made me queasy. Even people who seemed to be happily partnered talked shit about their significant other in private. How much annoyance with one’s partner is normal? A lot of people seem to barely tolerate the person they love. Is that normal? If it is normal, is it okay with me, in my life?

Which compromises could I live with and which would fester, rise up between us like a wall? How could I know—and know right now—which attributes were important? What could I live with, for the sake of us? How does anyone know? I was happy with Brandon. Was that enough?

The following spring, on a sunny late-March day in Brooklyn, we sat down on a bench beside the East River and he slid suddenly to his knees and pulled out a ring. I said yes and quietly panicked, bewildered and ecstatic, a collision of feelings that felt very sane. We were 24 and 27.

We’d been together for eleven months and four days, though we’d lived on opposite coasts for every day of it. We held hands and walked on the waterfront, stopping in a chocolate shop we’d read about. We tossed back and forth dates and locations and daydreams and the question of where we would live. There was another question I remember not saying aloud: How will we handle our money?

I couldn’t make my mouth form the phrase. It was too unsexy, unromantic, anxious. I didn’t believe that getting married was supposed to be some blissful state of suspended animation, but I wanted to be elated, swept up, careless. I wanted to be transformed. I wanted to be able to be someone else, even just for a day, maybe a week or two.

Both before and after we were married, I hated the thought of needing someone to “complete” me. Of course I wanted a boyfriend. I wanted to love someone and be loved. But surely I was not lacking on my own, not incomplete. I grew up an only child, so I’d always been on my own, and I liked it.

Astronomers know that every star is in motion, that each moves along its own trajectory, according to its own properties.

As I envisioned it, my husband and I would be separate people. We would be as important individually as we were together, as a couple. We’d be discrete entities with our own histories, energy, and motion, but we’d be bound to each other like stars in a constellation: a union born by the force of imagination and emotion, by the curious work of the human mind.

The stars in the night sky are a long way from the surface of the earth, so even the nearest seem to move little, if at all. They appear to be fixed against the firmament from day to day and year to year, permitting us to think them into shapes and symbols. But astronomers know that every star is in motion, that each moves along its own trajectory, according to its own properties.

The constellations we see are temporary creations, our effort to draw order and meaning from a mostly unknowable universe, to tell ourselves stories, to guide our way home across oceans.

Marriage is like that too: a method we’ve devised to protect against the disorder of the outside world, to make sense of the wonderful nonsense that is love. My husband and I would be two individuals who loved and supported and believed in each other, and in so doing, we’d choose to link arms for the long haul.

I don’t know if I believe in marriage, I confided to a friend, but I feel somehow that the things we could do together, and the people we could become, will be better than anything we could do on our own. I still believe in that.

We never lived together before we got engaged, not even in the same city, not even on the same coast. It wasn’t intentional; it was our chronology. We fell in love and proceeded accordingly. Being together in the literal sense was a foregone conclusion: we’d get there. Brandon happened to propose before we did, because he was excited, because we were in love. The timing was a surprise, but the fact of it wasn’t.

Do you think your story would be different? 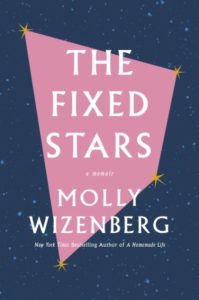 Molly Wizenberg is the author of two bestselling books, A Homemade Life and Delancey, and the James Beard Award–winning blog Orangette. She has written for the Washington Post, the Guardian, Saveur, and Bon Appétit, and she also cohosts the podcast Spilled Milk. With chef Brandon Pettit, Wizenberg cofounded the award-winning Seattle restaurants Delancey and Essex. 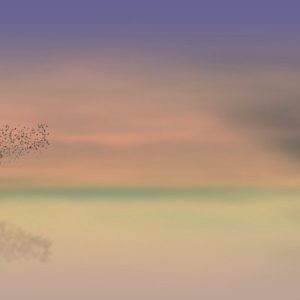 The well-being industry is worth trillions of dollars, and perhaps its growth is driven by people’s sense of dissatisfaction....
© LitHub
Back to top
Loading Comments...