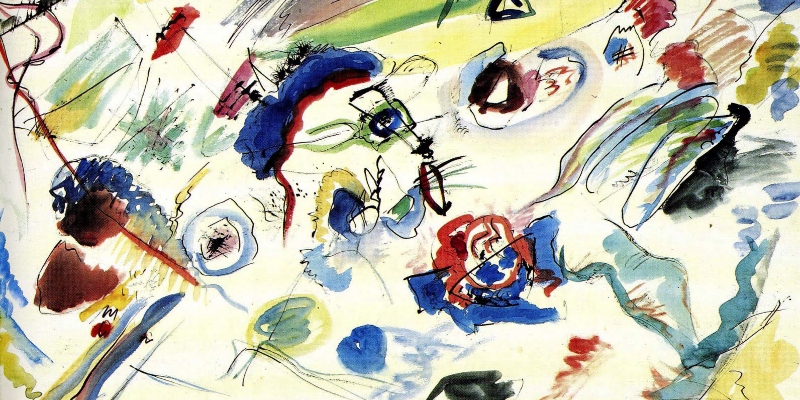 What Can Fiction Do That Oral Histories Cannot?

Mauro Javier Cárdenas on Transcribing Life Into His Novel, Aphasia

Es que a mí me duele, I heard the interviewee say, pausing the audio recording of the interviewee so I could fix the awkward grimace I imagine others see whenever I cry in public—in my own so-called fiction I skirt the verb to sob because of its melodramatic acoustics, Antonio writes in Aphasia, nevertheless to weep aloud with convulsive gasping was what I did—and although I had already spent many Sunday afternoons listening to audio recordings of interviews with Colombians displaced by violence for a Voice of Witness oral history project, this is the moment I like to believe has had an influence on my novels, the moment the voice of the interviewee can no longer bear to recount how her son had been murdered so she cries and tells the interviewers that it hurts, a statement that I was supposed to be transcribing so I rewinded the audio recording and heard her say what she said before she said that it hurt and then she said es que a mí me duele, which I later translated as it hurts, and years later—the time shift here has been simplified for your convenience—when I was no longer young and the quiet science fiction café in the Mission district of San Francisco where I would transcribe these voices from Colombia was no longer there, I would sometimes recall how surprised I had been at the intimacy of hearing someone else’s voice inside my oversized headphones, which was intensified by the constant rewind & rehear, rewind & retranscribe, or I would recall how inadequate I had felt by typing those two simple words in English to represent how much it hurt her—hurts! he wants to know if it hurts?—or I would wonder what is it that fiction can do that oral histories cannot do—focus on what your characters can’t or won’t share if you interview them, I wrote as a response, in other words focus on the interior and excise the exterior—or I would write about characters who knew their interviewers wanted to know about their childhoods to humanize them before they recounted the tragedies that befell them, who questioned the point of sharing anything, who talked to themselves as if their interviews were still transpiring, and since you’re probably skimreading this post on your device, as I would probably do since these types of Novelists Promoting Their New Novels posts are usually single-threaded attempts to simplify feelings or impressions or memories that novelists spend years trying not to simplify, I’m going to keep this brief and transition to and now onward to the influence of transcribing oral histories on certain sections of Aphasia, my second novel: in Aphasia, Antonio, a database analyst who’s trying to avoid thinking about his sister’s misfortunes, transcribes audio recordings of his mother and decides to prolong his time with his mother’s voice by (1) drawing flowcharts of her associations, (2) transcribing her recording in the original Spanish, (3) translating his transcription of her recording, (4) calling his mother after steps (1) to (3), and later, when he’s almost done transcribing the audio recordings of his mother talking about his and her childhoods, he wonders if perhaps he’s been transcribing his recording of his mother not to document those horrible days of childhood so that one day he can write about them but to spend these horrible days of adulthood in the company of her voice—one day I will jump-start a mother business, Antonio writes, a business that will warehouse recordings of your mothers so when your turn for the horrible comes you can press a button on your phone and receive not a call from your mothers (because what would you say to them if they called?) but a call with a recording of your mothers saying that when you were little you sold water for dogs—I know I promised to keep this brief but we’re still under 1,000 words so let me expand on the influence of transcribing oral histories on my novels by mentioning that in last chapter of my first novel, The Revolutionaries Try Again, a character wonders what she will not share about her life before an interview for an oral history project on the subject of crossing the border—come listen to the remarkable story of Alma Alban Cienfuegos who pretends to endure in the end, Alma thinks, uff your story made us feel better thank you so much for pretending you’re okay for us—and in my third novel, American Abductions, Antonio, the protagonist of Aphasia, and his daughters, the protagonists of American Abductions, conduct their own oral history project around the world on the subject of deportations. 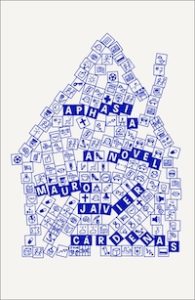 Mauro Javier Cárdenas is the author of The Revolutionaries Try Again, which The New York Times called "an original, insubordinate novel." In 2017, the Hay Festival included him in Bogotá39, a selection of the best young Latin American novelists working today. 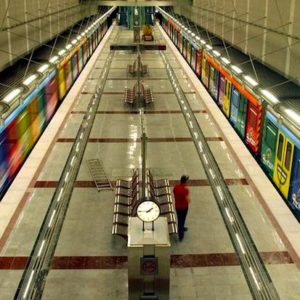 The translator is a close reader. –Charles Simic, Snowy Morning Blues […] Or else: all is translation and every...
© LitHub
Back to top
Loading Comments...