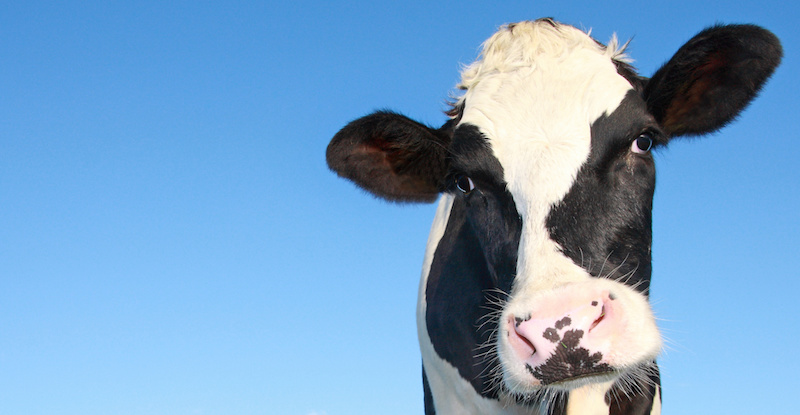 What Are Cows Saying When They Moo?

Each Cow Has Her Own Method for Asking a Question

One thing that has always seemed of interest to the various students and farm workers here over the years is learning to distinguish between different kinds of mooing. After relatively few lessons or descriptions some have taken pride in relating incidents where recognizing the importance of a certain type of mooing had resulted in good decisions being made. Cows moo for various reasons and sometimes for no (apparent) reason.

One day a man who had been with us only for a short time came rushing to the kitchen to tell me that a cow was mooing in a very loud and agitated way and asked me to go with him to ascertain what was wrong. To have left the kitchen at that moment would have resulted in burned biscuits so I forced him to delve into his hitherto untapped powers of description to describe the cow in sufficient detail for me to know who it was and to describe the mooing more precisely. I judged that she was not distressed but merely cross at having temporarily lost sight of her calf. I gave him a foolproof visual description of the calf and he was then able to reunite the pair.

As I have already said, cows moo for various reasons: fear, disbelief, anger, hunger or distress. Each cow, moreover, has her own method of asking a question, either with a look or a strange, quiet moo.

Sometime after midnight on a very cold night in February I was wrenched from a deep, tired sleep by a cow mooing. It was not a moo of annoyance or boredom; it did not signify hunger or pain. It was a moo of absolute determination. Determination not just to wake me up but to make me get up and go out, and immediately. I did not know then that it was Araminta. I simply knew that I must hurry both for her sake and to save the rest of the family from being woken.

I grabbed my toweling robe and plunged down the back stairs by feel, reached the basement, pulled on my Wellingtons, no time for socks, realized it was raining, snatched my mac and ran up the steps and along the path, trying to button up and feel my way between the bushes simultaneously. Araminta was still mooing. I wanted her to stop mooing more than I wanted a torch so I headed for the noise. It was very, very black dark. Saying kind, solicitous words, I discovered by touch who she was and that her udder was full of milk. I guided her towards the cow pen, hoping that she would stop calling as soon as the pressure in her udder was alleviated. I knew as we walked that her son, The Don (in memory of Sir Donald Bradman) must either be ill or dead, because her milk had not been drunk all day. I knew, too, that her penetrating moo was not just to tell me she was uncomfortable but that I must do something to help her son, since she could not.

When I had fed and milked her, I picked up a torch and explained that she must show me where The Don was. When our cows do give us credit for intelligence they tend to make the mistake of presuming that we know everything, and after I had opened the cow-pen door and pushed Araminta out, she just stood still. I was afraid she might start mooing again to remind me to find her son, so I pushed her in one direction, in a fairly businesslike way, as if I knew where we were going. Trustingly she complied with my instructions. After 50 yards I stopped. She stopped. I gently turned her round and pushed her back the way we had come. This made her realize at once that I had not got a clue where we were going and she turned herself round and marched off in the original direction at twice the speed. I followed.

We found The Don three fields away. He was standing up but looked very sorry for himself. He was severely “blown,” and in such circumstances death can be sudden. He was reluctant to move but I forced him to walk home, his mother walking by his side. When we reached the yard, I put him in the cattle crush to keep him still and fetched the long rubber tube we kept for such eventualities. Opening his jaw with my left hand I gradually eased the pipe down his esophagus and into his stomach. Holding the end of the tube in my right hand I massaged the left side of his abdomen with the other until eventually the trapped air was released.

Although I cured The Don for that night and he and his clever old mother snuggled down in the straw in the barn, his problem recurred. With veterinary approval the same course of action was repeated time after time but it finally became necessary for the vet to perform a small operation. In the end The Don did make a complete recovery but only after almost two months. Strangely, he appeared happy throughout his ordeal: when in discomfort, he stopped eating and drinking, but did not seem distressed and only minutes after being treated he was eating and drinking again as if nothing had happened. 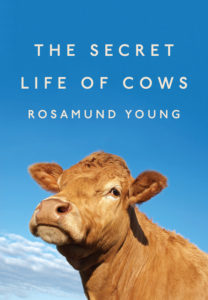 From The Secret Life of Cows. Used with permission of Penguin Press, an imprint Penguin Publishing Group, LLC. Copyright © 2003, 2018 by Rosamund Young.

Kite’s Nest Farm is on the edge of The Cotswold escarpment. It is run by Rosamund Young—author of The Secret Life of Cows—her brother Richard, and her partner Gareth. Nature is left to itself as much as possible and the animals receive exceptional kindness and consideration. Kite’s Nest Farm produces beef and lamb from 100% grass-fed animals which are butchered and sold in the farm shop.

It Is Highly Unlikely That Any of This Exists: On the Origins of the Universe 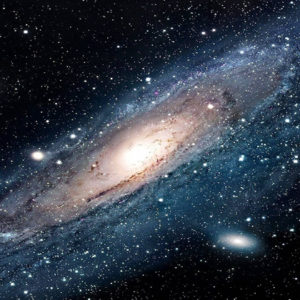 It Is Highly Unlikely That Any of This Exists: On the Origins of the Universe

1. Pythagoras called it “the All.” When it came to be, it already contained all that was and all that will be, all the matter...
© LitHub
Back to top
Loading Comments...