What a Memoir Can Reveal, Even About the Closest of Friends

Jed Perl on Reading Nick Lyons’s Fire in the Straw

A few months ago my friend Nick Lyons, long admired for books about his passion for fishing, published a beautiful memoir, Fire in the Straw. Reading the book has underscored, in a personal way, the gap between life and literature that so many of us take for granted. I’m familiar with quite a few of the stories in Fire in the Straw—subtitled Notes on Inventing a Life—from the conversations that Nick and I have had over the years. But as I’m turning the pages of the book everything feels new. That’s where the difference between life and literature comes in. I had heard about some of the traumas of Nick’s childhood. But I hadn’t met the boy he introduces in his memoir—“I was skinny and freckled and had a queasy feeling”—who stands at the entrance to the “gray gabled” boarding school where his mother, after the death of his father, leaves him to pretty much fend for himself for a couple of years.

When I describe our friendship, I need to explain that the “we” isn’t just the two of us. It’s been a foursome, consisting of Nick and me, the writers, and Nick’s wife, Mari Lyons, and my wife, Deborah Rosenthal, who are painters. Mari died a few years ago, and by then we had all shared a great camaraderie, on the Upper West Side of Manhattan where we live and in the Catskills where we also have places: chamber music at the Maverick Concerts in Woodstock; hunting for antiques and used books in Saugerties, Kingston, and Hudson; dinners and parties after openings of Deborah’s and Mari’s shows; enthusiastic talk about children and grandchildren. There’s more. Nick and Mari’s daughter is my literary agent. And Deborah edited a series of books by artists and art critics that was published by another one of Nick and Mari’s children. Whenever we’ve been together there’s been good conversation—and opportunities to learn about one another’s lives gradually, the pieces of the puzzle falling into place one by one.

In Nick’s memoir the old stories, familiar from what were frequently four-way conversations across a dinner table, in a car, or over a nightcap, are enlarged, so that surface becomes substance and paths become perspectives. I can now see the boarding school where Nick’s mother abandoned him, “a dark Victorian building, with innumerable dark gray hallways, dark old landscape paintings, heavy curtains, and a great porch around its exterior.” I finally understand the pleasure that the sedentary Nick I know experienced as a scrappy, eager athlete, a college kid “dribbl[ing] downcourt by myself, in those familiar last two minutes when all the subs go in and chaos reigns,” and, later, in the army, “lead[ing] a no-bench team from the dingy little post at Croix-Chapeau to a divisional championship at Bordeaux and into the All-France playoffs in Paris.”

Reading the book has underscored, in a personal way, the gap between life and literature that so many of us take for granted.

Nick gets into the feelings that are so buried and complex that they rarely come into focus in a conversation, even among good friends. About his mother, who in her younger days was full of fun, he writes that “a certain sadness may have come into her—a kind of bourgeois dullness and resignation. She put on weight. She dressed in suits. She never once contradicted her new husband.” He had never talked about her later years, when she lived near him in Manhattan but he rarely visited. He describes sitting in her apartment after her death and wondering, “Why hadn’t I managed any time alone with this old woman of whom I had always been wary, who I knew so slenderly?”

There are passages on nearly every page of Nick’s memoir that I want to share. The sweetly diffident side of his personality, which I’ve always cherished, didn’t prepare me for certain moments of stark self-portraiture. “I am a dowdy fellow,” he writes, “as far from fashion and glamour as one might get.” Of the reasons why he’s never written fiction Nick is eloquent. “The world in which I lived was too strange, palpable, evanescent, terrifying to need another. For mortal enemy I always had the IRS; for fear, a child running between two cars or, due home, heading for the Middle East or Morocco instead; and for anxiety, money, always money—enough to pay the rent, cover the check I wrote last week, yesterday, meet tuition.” I’ve always known that in their earlier days together Nick and Mari, like Deborah and me, didn’t have enough money. But I’ve never understood how Nick’s worries consumed him. Now, in the pages of Fire in the Straw, I see Nick’s triumphs and travails with perfect clarity—a neat trick, that, literature’s artifice revealing life’s truth. 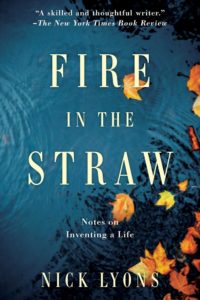 Fire in the Straw: Notes on Inventing a Life by Nick Lyons is available now via Arcade Publishing.

Jed Perl is the author of the two-volume biography of Alexander Calder. For twenty years, he was the art critic of The New Republic. His previous books include Magicians & Charlatans, Antoine’s Alphabet, and New Art City. He lives in New York City. 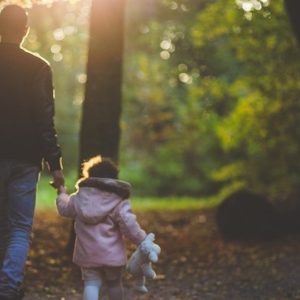 “Hello, is this Sherry Turkle?” The same voice asked if I had recently written to a Charles Zimmerman in Queens. “Yes,”...
© LitHub
Back to top
Loading Comments...