Wearing the Veil: What It Means to Wear the Hijab (Or Not)

Mirror on the Veil: A Collection of Personal Essays on Hijab and Veiling edited by sisters Nausheen Pasha-Zaida and Shaheen Pasha, grew out of Pasha-Zaida’s dissertation on the subject. However, reading the book, you wouldn’t mistake it for academic writing. Most of the essays are personal, sometimes raw, and highly engaging. “I’ve always wanted to get the stories and the narratives of people who either wear hijab or don’t wear hijab, or have some relationship to it in some way,” Pasha-Zaida tells me in an interview. Beginning the process of collecting the essays in 2012, her sister came on board a year ago to help her put it together.

Pasha-Zaida says finding the writers was the most challenging part of putting the book together. At first she only had seven authors, after putting calls out on social media and list-serves. Then, in 2014, her project was featured in the National, an English language news source in the United Arab Emirates. That publicity helped Pasha-Zaida get the word out, and more writers started to email her about contributing.

Pasha-Zaida’s aim was for the book to be read by a wide range of audiences: Muslims, non-Muslims, Hindus, Christians, Americans, and people around the world. She hoped it could be used in classrooms, but also for a general readership, both in the US and internationally, “because of the fact that every country, every system every subculture has their own understanding of this phenomenon,” she says.

One of the writers, Zehra Naqvi, deftly addresses both Muslim and non-Muslim readers in the two essays she’s written for the collection. In “Seeking Cover,” Naqvi describes how, as a teenager living in New York City, she began wearing hijab, a decision that provided her with confidence and made her stronger. Later in life, she stopped covering for a time, and talks about an experience of being at a Muslim conference and being rudely called out by one of the speakers for not covering. The speaker said, while looking directly at Naqvi, that Muslim women who don’t cover would have to “answer to God someday.”

The essay critiques ways that the Muslim community becomes too reliant on a “laundry list of rules and rituals,” rather than allowing each person to find their own path and journey through their faith. Conversely, in a second essay, Naqvi speaks to various other audiences, including a “Stranger with a Chip on Shoulder/Savior/Feminist Friend,” “Pizza Place Guys,” and “Woman on the Train,” etc. These short letters address the ways non-Muslims and especially white Americans judge without understanding.

Navqi wrote the conference piece while she was not covering, and the letter piece after she had started wearing the hijab again. Even though she now wears hijab, Navqi still believes that the Muslim community needs to be inclusive of people who wear hijab and those who don’t she says.

“One of the challenges of many minority communities in this country is getting others to recognize that there’s a diversity within a group,” she says. “There’s no one image of a Muslim. There are diverse perspectives.”

The book begins with a section called “Becoming Visible,” which includes essays by Muslim women who either converted to Islam or else chose to veil later in life. Some of the writers describe how they came to decide that covering was the best option for them for a variety of reasons: strengthening their faith, expressing their religion in a more outward way, or in some cases, because it made them feel more safe.

Covering one’s hair doesn’t necessarily protect a woman from violence, and can actually make her more vulnerable. Still, wearing a hijab can make some who do it “feel safe,” Pasha-Zaida writes.

Avoiding cat calls by men was just part of the attraction that drew Saadia Faruqi to her hijab practice, as she relays in “Emerging from the Chrysalis.” As a teenager in Pakistan, she noticed how she and her other schoolmates who didn’t cover were subjected to stares and rude comments, while girls who covered were not. “I was hooked by the power of this flimsy piece of fabric,” she writes.

Yet Faruqi had to hide wearing the hijab from her family, who were Muslim but did not approve of the practice. She also prayed in secret. Beyond the initial reason to avoid stares and whistles, Faruqi found wearing the hijab made her more confident in her faith, as it strengthened her relationship to God.

In an interview, Faruqi describes how the hijab is a personal affirmation of faith because it’s so obvious. “It’s affecting your interactions with other people,” she says. “Are you going to be brave enough to tell everybody that you are now this instead of that? It took a long time. I was not ready for it for a long time… But faith is something that is very organic. It kind of grows. It changes a lot in a person over a period of time.”

Besides the practice of hijab within Islam, the book includes essays about the practice within Hinduism and Christianity as well. Patreshia Tkach discusses the interweaving forces of culture, religion and family around veiling in different countries.

There are essays by non-Muslim writers as well, who either have experiences wearing the veil themselves or who describe interactions with veiling in some way. For example, Sotty Enyart shares a poignant story of a romance he develops with a schoolmate who veiled. His classmate’s hijab proved to be his initial attraction and also ultimately the thing that kept them apart.

The book gets into the complexities of what it means to choose. Laila S. Dahan’s excellent essay, “Reflections on the Hijab: Choice or Obligation?,” discusses in detail this complexity. On the one hand, certain countries require women to veil, but on the other, not all Muslim communities veil as a common practice. Further, Dahan gets into the Quranic text and how it doesn’t necessarily prescribe veiling, depending on how you interpret it.

Later essays in the book include voices from women who choose not to veil. N.B. Sky writes with aching vulnerability about her hair, and how much it has been a source of identity for her, and how, in a relationship between her and a man, became at first the attraction and later a cause for abuse. The man, who like Sky is Hindu, demanded she cover her hair when she was not with him. Eventually, she got out of the relationship.

In co-editor Shaheen Pasha’s essay, “Never Good Enough,” she talks about the pressure her in-laws put on her to cover. “Even though I thought I was doing everything right, I realized it was an uphill battle,” she says in an interview. “Nothing I did would prove to the world that I was a good Muslim because I did not have it on my head.”

Pasha says writing her essay actually helped her recognize her spiritual evolution. “I’m accepting of both types, and it’s okay if you look at me and you don’t see a Muslim, because I know what I am inside,” she says.

In creating the anthology, Pasha says she hopes that the essays initiate a kind of dialogue with readers. “We want people to read the essays and actually come away with wanting to talk about them,” she says. “You can have a conversation, even if you disagree.”

"What Am I Trying to Leave Behind?" An Interview with Jhumpa Lahiri 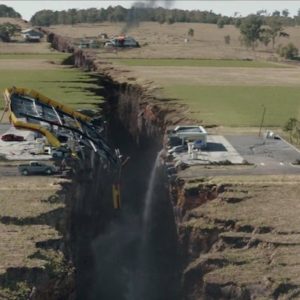 March 17, 2014, Emily Brodsky and Thorne Lay were having coffee in UC Santa Cruz’s Seismology Lab. The two scientists do this...
© LitHub
Back to top