We the Animals is the Ideal Literary Adaptation

This is What Happens When Your Director is an Actual Superfan

I wasn’t exactly excited when I heard there was going to be a film adaptation of Justin Torres’s 2011 novel We the Animals. It wasn’t because I didn’t like the novel; just the opposite. I love this novel, a slim, autobiographical account of a close-knit but troubled mixed-race family in upstate New York. Honestly, it is a masterpiece (and I am not the only one who thinks so). The problem was this: I couldn’t for the life of me see how you’d make it into a Hollywood movie.

It’s so interior, for one thing. It is so reliant on the voice, on the style, on the rhythm. The novel is also quite short: my copy has 125 pages. Most important of all, the book manages this incredible thing: it is tense and dangerous, indeed a page-turner, but without having any kind of traditional plot. Things happen, certainly—some of them extraordinary, some of them terrifying—but the telling is episodic, it jumps around in time, and the biggest overall narrative arc is really, to my mind, the shift in the narration (and the narrator’s self-conception) from we to I. Not your typical big-screen fodder. And I was concerned that a film adaptation would force a traditional arc on these characters; that there would be some artificial goal or drama wedged in amongst the small observations and intense emotional moments, some happy ending.

I shouldn’t have worried, because here’s the thing: Jeremiah Zagar, the film’s director, is also a super fan of Justin Torres’s novel. Maybe he is even a bigger fan than I am. I can easily say that he is more passionate about the source material than any director of a literary adaptation I’ve ever encountered. It’s a lucky thing, too, because his passion for the project is obvious in every frame, and this above all else is what makes the movie great. Yes, it is mesmerizing, both dreamy and intensely physical, both loose and sharp, but it also captures the novel completely. After all, why mess with a good thing? 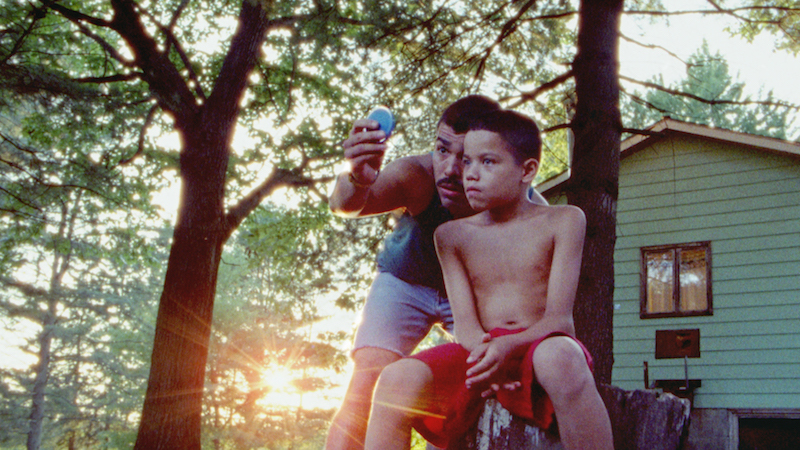 Raúl Castillo as Pa and Evan Rosado as Jonah. From We The Animals, directed by Jeremiah Zagar. Courtesy of The Orchard.

At the beginning of the process, there were no book scouts, no pitch meetings. As Zagar told it in a Q&A after an NYC screening this month, he was just browsing the We Recommend table in Nolita’s McNally Jackson when he happened to pick up a slim blue hardcover. “I read the first page,” he said, “and the first page was unbelievable. It was like the best first page of a book ever.” (“I used to work at McNally,” Torres said modestly during the Q&A. “So they had to recommend me.” Fine, but Zagar is still right about that first page.) Zagar took the book to the bookstore’s attached café and read the whole thing on the spot. He left with several copies. Then he reached out to Torres.

This was a few months after the book had been published, and Torres had been approached about adaptations before. But those experiences had been “awful,” he said. Someone pitched him a television adaptation as “Breaking Bad meets Malcolm in the Middle.” (Cringe, of course.) But that wasn’t what Zagar wanted. “I didn’t actually want to change the book at all,” he said. He felt strongly that it should be a translation, not an adaptation. This may have something to do with the fact that, when he picked up the book, Zagar had been primarily a documentary filmmaker—he had never directed a scripted feature before. It was just a love match.

In the end, though, the two agreed that what really clinched it was their shared language, and their shared understanding of the book. “You knew what it was about, which was amazing,” Torres told Zagar in the Q&A. “You understood the family; you understood how important touch was in the family, and that meant the world to me, that you’d read it closely.”

That common language, and Zagar’s interpretation of the novel’s “rhythmic cadence” is evident in the film. More important: they invented no plot. They let the book stand. There are a few fireworks, but there is no Hollywood ending. It is a true translation. 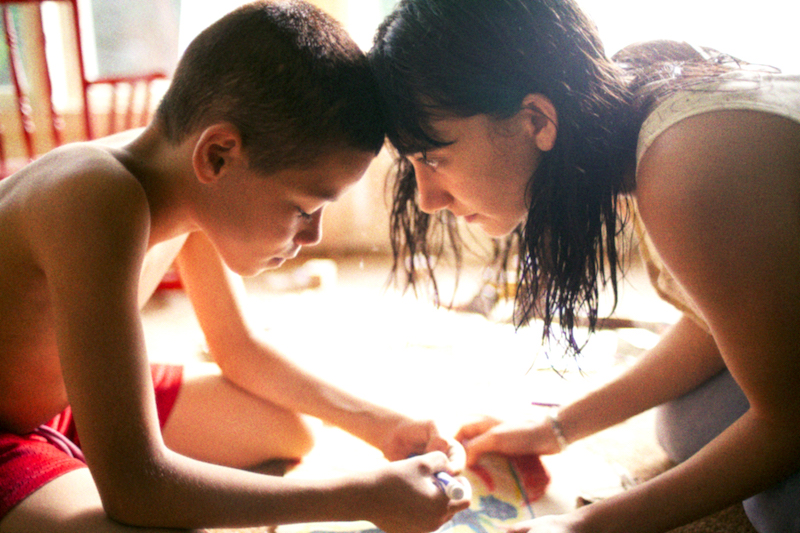 Evan Rosado as Jonah and Sheila Vand as Ma. From We The Animals, directed by Jeremiah Zagar. Photo credit: Tayarisha Poe. Courtesy of The Orchard.

Which is not to say that nothing has been changed from novel to feature. But most of the changes that I noted were in keeping with the emotional context of the original text—like the scene in the film where all the boys lean out of the back of the truck after their father loses his job and begins to cry. In the novel, that scene is an incredible set piece in its own right, but takes place inside another car. In the film, it is improved by the sense of danger created by three little kids leaning backwards out of a truck bed as it hurtles along the highway.

“What I love about that moment visually is that it feels incredibly dangerous and incredibly joyful at the same time,” Torres said, “and that’s all I wanted for every moment of the book. I wanted you to feel this tension where it felt like, at any moment this could be this beautiful moment of joy or it could be dangerous, somebody could get hit or something bad could happen.”

“In a weird way,” Zagar said, “the book is actually a thriller. There’s no crazy plot twists or double crosses,” but there is a sudden grave in the backyard, and you spend the whole time wondering when everybody is going to die. As a father, that rang true for Zagar. “My whole life is a thriller,” he said. “I’m just waiting for something horrible to happen to my kid. I’m just like: wait, don’t, don’t! He’s running in the airport and he skins his knee and it’s like the end of the world. There’s something about being in a family that’s incredibly dangerous, and epic.”

Another change from the novel relates to the sexuality of the narrator (unnamed in the book; Jonah in the film). Towards the end of the book, we jump ahead in time to see his first sexual experience with a man, as a teenager, but Zagar told Torres early on that he didn’t want to have to switch actors that late in the film. “So I said okay, but what about the queer sex?” Torres said. “It has to be a queer film. It has to be.” The solution was expanding a smaller scene and a minor character into an earlier awakening for Jonah, which I thought worked beautifully.

Left to right: Josiah Gabriel as Joel, Evan Rosado as Jonah and Isaiah Kristian as Manny stand behind Raúl Castillo as Pa. From We The Animals, directed by Jeremiah Zagar. Courtesy of The Orchard.

Every once in a while, I did miss that first person narration from the novel—but not everything is translatable, after all. For instance, there’s a moment early on in the book in which the narrator’s mother is entreating him never to turn seven (in the film, it’s ten), because that’s when his brothers “changed.” It’s his seventh birthday, but she asks him to be six plus one, not seven, so that he can remain her “baby boy.” It’s a moving scene that ends with the narrator betraying his mother, hurting her, not exactly on purpose, but not exactly not on purpose—mostly out of curiosity, or out of a desire to act. The last sentence of the section is: “She cussed me and Jesus, and the tears dropped, and I was seven.” There’s just no way to achieve this without voiceover—in the movie the scene simply ends—and while I missed this moment, there was not much else missing.

That’s in part due to the use of animation in the movie to to represent Jonah’s internal conflict and dialogue—feelings that literally pour out of him onto the page. Early in the film, we see Jonah scribbling in a notebook, writing and drawing. Throughout, we see his drawings come to life as animated sequences. “We thought we could [recreate the first person] simply with Jonah’s face, because this kid’s got the best face,” Zagar said. “But the first cut of the movie, it wasn’t working, you weren’t enough in his mind.” So illustrator Mark Samsonovich created a scratchy, hallucinatory kind of animation to get the viewer deeper into Jonah’s head. And then, towards the end of the film, this magic thing happens: the animation changes from being primarily an element of the film to an important element inside the film—Jonah’s parents find his journal, and he comes home to the pages spread across the floor.

Ultimately, the novel couldn’t have been in better hands, or more literary ones. During the Q&A, one audience member likened the book to the stories of Breece D’J Pancake. Zagar already knew and loved the book, though it’s relatively obscure; Torres wrote down the name. He also counted Jim Grimsley’s 1995 novel Dream Boy and Dorothy Allison’s classic Bastard Out of Carolina as influences. In the end, if you loved Torres’s book—or any of the others mentioned here—you will love this movie. If you don’t know Torres’s book, you’re in for even more of a treat: you’ll get to experience both for the very first time. Trust me, you’ll want more. 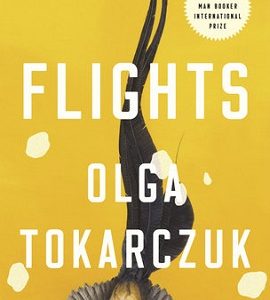 Chopin's Heart It is widely known that Chopin died at two o' clock in the morning ("aux petites heures de la nuit," as French...
© LitHub
Back to top
Loading Comments...