We Measure the Earth with Our Bodies 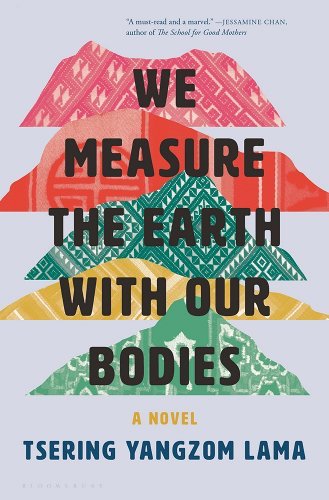 The following is excerpted from Tsering Yangzom Lama's debut novel, We Measure the Earth with Our Bodies. Lama holds an MFA from Columbia University and a BA from the University of British Columbia in creative writing and international relations. She has received grants and residencies from the Canada Council for the Arts, Art Omi, Hedgebrook, Tin House, and the Barbara Deming Memorial Fund. Tsering was born and raised in Nepal, and has since lived in Vancouver, Toronto, and New York.

The street lamp emits a sickly yellow glow that filters into our basement window the same way it does every night. It’s just enough light for me to find a clean shirt without waking my aunt in the next room. She’s asleep at the kitchen table, her head bobbing above a dinner plate, her mouth slightly open. She must have returned from another double shift while I was napping. In the shadows, Shumo Tenkyi’s face is all ridges and slopes, and she’s so still and thin. I owe her everything, yet I cannot bear the sight of her frailty, the weariness she wears so nakedly across her face.

My aunt brought me here—or I should say pulled me here, for that would be the closest approximation of our word—with my first plane ticket and my first passport. “Don’t be too clever when they check your papers,” she instructed over the phone before I left for Tribhuvan Airport. “Say nothing unless they ask you.” Throughout my two-day journey, I pictured a disastrous arrival in Toronto. I imagined being turned away just after landing (it happened to a cousin of a friend) and shuffled into a holding cell, where I’d wait until I could be returned to Nepal. Even after the border agent stamped my passport and I picked up my suitcase, I expected someone to turn me back. It was only once I was in this apartment that I unclenched my teeth and let my eyes relax and lose focus.

Then a new unhappiness set in, a new understanding that I’m still circling after five years in this country. My aunt was in pain and so very alone. Her state had been unknown to our family and neglected for years. Sometimes she cries and cries and cannot tell me why. Sometimes she stops on the sidewalk and laughs so loudly everyone on the street turns to look. Most of her struggles, her strange behaviors, remain private between the two of us. A stove left burning. Days where she only drinks water, or when she turns off all the lamps and keeps the curtains drawn because light makes her head pound, her joints ache. She tells me that even her eyes fail her on some days.

Was this country the cause? I often wondered this in the early days, as I roamed my new neighborhood, along streets named King and Queen though they were lined with low-income high-rises full of black-haired foreigners like ourselves. Would my aunt be cured if I could make us wealthy, comfortable? Or if we became true Canadians with those embossed navy passports? But it soon dawned on me that paperwork alone wouldn’t be enough to make us belong. We wore our difference on our bodies, not just in our dark hair and brown skin but in our posture, the slower, foreign rhythm of our steps. Amid the squat brick storefronts of Parkdale, Shumo Tenkyi and I walked with our necks pressed down by some invisible force, our line of sight hemmed in by the endless web of streetcar cables above us. Along the side streets, we found our forgotten neighbors from Nepal. They now lived in houses cut into apartments, which were once halfway houses and before that, the summer holiday homes of the wealthy. Nearby, just past the Gardiner Expressway, the gray expanse of Lake Ontario sent a winter draft we could not shake. And everywhere in the air, there was the distinct feeling that our corner of this city was not the Western world—not the one we once imagined or the one we would ever describe to our relatives in the camp. Some triumphantly call this place “Little Tibet.” But to me, this place is the camp built anew. A copy of a copy of home. Another temporary stop in an endless journey.

When I saw my mother last, at the gates of the airport in Kathmandu, she said to me, “This is your life. You must take your happiness into your own hands now.” Yet even now, I feel my life has not begun. Neither has my aunt’s, nor my mother’s, nor that of anyone in our camp. What surrounds us is temporary, a placeholder for what will come someday. For what must come. This is why I don’t keep a diary or collect photographs like other girls my age. I want no record of this time.

I have plans to move out. Despite what it will do to my aunt, my mother, and Po Migmar, I must leave this place. This much is clear to me. Yet, even though I make five hundred dollars a week from working at the sandwich shop between classes, I haven’t been approved for any of the apartments I’ve applied for. So I have a new plan. Tonight, I will go to a party that I have been invited to by my professor. An event put on by his friends, he said. There, I will impress Professor Wallace with my academic seriousness, and with his guidance and support, I will gain entry to a graduate program. A living stipend will follow, and I will begin a new life, a real one. A life of the mind.

Standing at the mirror between our shared bedroom and the kitchen, I carefully check my shirt and jeans for stains and tears. Then I notice something in the kitchen. A line of ants moving above the counter. They’re heading to the kitchen sink for scraps of old meals. For weeks I’ve worked around these ants, carefully filling my coffee mug and turning off the tap right away, washing my dishes with a thin stream of water in corners of the sink where they had not congregated, and watching as they scurried out from the other end. But after inadvertently rinsing a dozen ants down the drain the other day, I went straight to the hardware store.

The shopkeeper was a devout Muslim who closed his doors several times a day for his prayers. I waited outside until he finished and rolled up his small, ornate rug. Inside, he had a glass display lined with insecticides and traps for cockroaches, bedbugs, mice, and other vermin. The man shook his head when I asked about ants. He saw no reason to resort to poison. They were at most, he said, a little disturbing. I nodded, showing appreciation for the fact that he had just finished praying and probably didn’t want to aid in the killing of harmless creatures. I didn’t want to kill them either. If that had been my objective, I would have turned on the faucet full blast. I just wanted to keep the ants away from my sink, to get them to leave my home, to stop having their lives in my hands. Did I know where they were coming from? he asked. I had not looked for their pathway, but I assumed it was somewhere behind the backsplash. The man came around the counter and led me into one of the narrow aisles. He presented me with a tube of paste that would harden over small holes. It was $1.99, water-resistant, and would solve the ant problem once and for all, he was certain of that.

Now I’m digging under the sink for that unused tube. Once I find it, I blow gently until the ants scatter and clear the hole in the backsplash. I squeeze some white paste and press it down with my index finger. But as I wait for it to dry, it dawns on me that the ants before me will now have to stay in the apartment. They will be cut off, probably forever, from the rest of their group now traveling inside the walls. Just like that, I’ve severed their ties. An act at once so meaningless to me and world-changing to them. I stand there for a long while, wondering if I should wipe off the still-wet paste, reopen the cavity, and try again when there are fewer ants in the apartment. This is the kind of project my Ama wouldn’t hesitate to reverse midway. She would instead carry the ants, group by group, out into the front yard on a sheet of paper.

But as soon as I finish, a small hole appears in the middle of the hardening paste. They’re breaking through. As if on cue, one ant wriggles out and scurries onto the counter, traveling quickly toward the sinkhole where fragments of old rice have collected. I almost want to laugh.

“Where are you going?”

“At this hour? It’s already dark.” She looks at me as if trying to figure out if I’m telling the truth. I should have left while she was asleep instead of fussing with the ants.

Pulling on my coat, I tell her, “I need a book at the library. Look, your dinner’s gone cold. Do you want me to heat it up—”

“No,” she says abruptly. “Just be careful out there. It’s raining and some of the street lamps aren’t working.”

“I’ll be back in a couple of hours,” I reply and head out.

After locking the door behind me, I run up the stairs to street level. Despite the rain, it’s a relief to be away from my aunt, moving farther with each step. I hop onto the streetcar at Queen Street and sit facing east toward downtown. But as the row of bars and restaurants pass by in a glowing stream, a clot of sorrow twists in my chest. Despite what my aunt may think, I am still capable of feeling shame for lying to my family. Yet lies were what got me to this country. Two simple ones set up my life in Canada: that I was seventeen when I landed at Pearson International Airport, and that Shumo Tenkyi was my mother. Shumo often says that these were not really lies but approximations—for she had raised me from the time I lived in Kathmandu, had she not? She also said that to live in a country as fine as this one, you must have either good fortune or a good story. And everyone knows, she said, that you can’t tell a good story without inventing a few details.

With time, the stories compounded, until the girl I was in Nepal fell away without a sound, like some discarded skin. Even my name has changed. The Canadian tongue struggles with our names, so they give us new ones. Often it happens during our first moments on this soil, when a border agent scans our strange, laminated documents and speaks our name anew. From that moment on, I was no longer Doh-ma, a short, soft name spoken with the deepest recesses of the throat and ending with the sound we utter from our first breath: ma. Instead, I became Dol-mah, a name that lurches at each syllable and ends as if to ask: Is that really you?

Excerpted from We Measure the Earth with Our Bodies by Tsering Yangzom Lama. Copyright (c) 2022. Reprinted with permission of Bloomsbury Publishing. 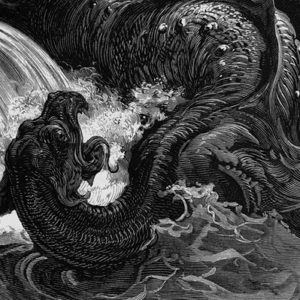 How to Make Sense of Profound Arbitrariness in a World That Is Suppose to Make Sense Hosted by Andrew Keen, Keen On features conversations with some of the world’s leading thinkers and writers about the economic,...
© LitHub
Back to top