With narratives anchored in battlefields in the Global South, Nimmi Gowrinathan’s Radicalizing Her offers critical insights at a political moment that demands an urgent reimagining of the possibilities for women’s resistance in the West, reclaiming women’s roles in political struggles on the battlefield and in the streets. Gowrinathan is joined in conversation by the acclaimed writer and literary critic John Freeman.

Nimmi Gowrinathan’s writing on the female fighter has been featured in publications as varied as Vice, Harper’s Magazine, Foreign Policy, Freeman’s Journal, Guernica Magazine, and The New York Times, among others. She is the Publisher of Adi Magazine, a literary magazine aiming to rehumanize policy, and creator of the Female Fighters Series at Guernica Magazine. She is Professor and the Director of the Politics of Sexual Violence Initiative at the City College of New York. Follow her work at deviarchy.com and on Twitter (nimmideviarchy).

John Freeman is the editor of Freeman’s, a literary annual of new writing, and executive editor at Alfred A. Knopf. His books include How to Read a Novelist and Dictionary of the Undoing, as well as Tales of Two Americas, an anthology about income inequality in America, and Tales of Two Planets, an anthology of new writing about inequality and the climate crisis globally. He is also the author of two poetry collections, Maps and The Park. His work is translated into more than twenty languages, and has appeared in The New Yorker, The Paris Review, and The New York Times. The former editor of Granta, he teaches writing at New York University.

What We Can Learn from Feminist Rage 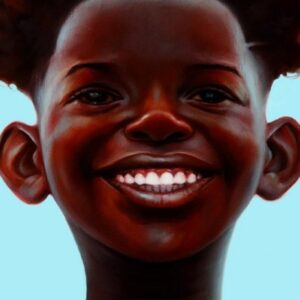