In Which an Older Male Writer Gives Feedback to a Younger Female Writer...

On August 17th, audiences will be treated to a big-screen adaptation of Meg Wolitzer’s novel The Wife, written by Jane Anderson and directed by Björn Runge. The eponymous wife is Joan Castleman (Glenn Close), whose husband, Joe Castleman (Jonathan Pryce) is an Important Literary Novelist—so important that he is about to win the Nobel Prize. Joan was once a writer too—in fact, they met when he was her creative writing teacher—but has since made compromise after compromise in service of her husband’s talent, including giving up her own work. But in the course of this story, all that will begin to change.

The book came out in 2003, and in an era where film rights for books often get snapped up instantly—and sometimes movies are in production before the books they’re based on even hit shelves—fifteen years seems like a long time to have waited for this adaptation. The film’s screenwriter, Jane Anderson—who also wrote the miniseries adaptation of Elizabeth Strout’s Olive Kitteridge—explained the gap in a press release: “Meg’s novel tells a story that is so subversive about what it means to be a female writer. I was thrilled that she was willing to entrust me with her wonderful book, but when I first wrote the screen adaptation fifteen years ago, no male star wanted to be in a film called The Wife instead of The Husband. The culture in Hollywood has changed since then.”

In the same release, Wolitzer said: “I suspect that all writers hope (at least secretly) for a little bit of timelessness. That said, I did publish the novel in 2003, and the film is coming out at an unusual and highly charged moment, one in which we are squarely facing some of the issues between men and women that have been around forever. Joan’s rage feels particularly pointed and relevant right now.”

If the early reviews are any indication, this adaptation was worth the wait. In this scene, we see a young Joan getting feedback about her writing from her attractive (and married) creative writing professor—and in the course of said feedback, manages to foreshadow much of their long and extraordinarily complex relationship. He also manages to both condescend to . . . and seduce her. Well, it’s 1958. Watch the scene below:

Literary Fascists of the 1930s, Great and Small 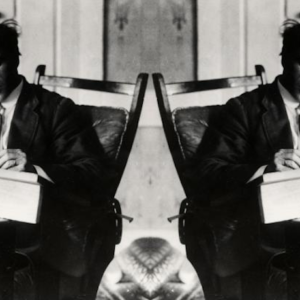 Anti-establishment and non-conformist, 13 punk (as f*ck) writers you should know. | Lit Hub Katharine Kilalea on the most...
© LitHub
Back to top