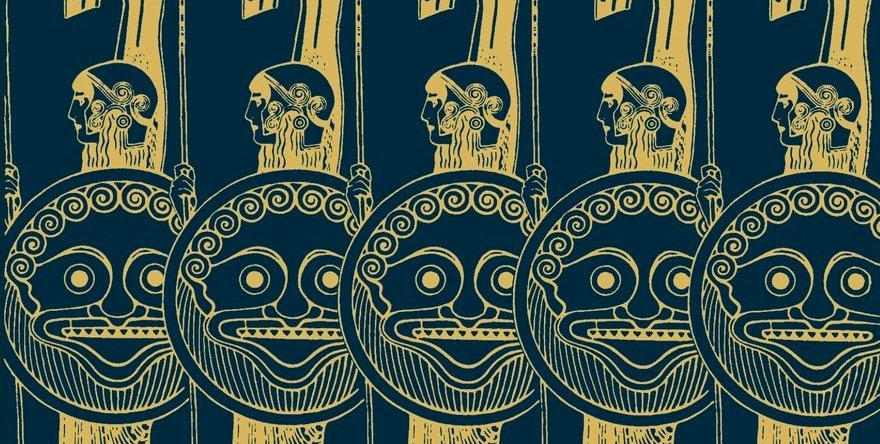 Was The Odyssey the First Greek Novel?

Homer’s Daughter, first published in 1955, the year in which Robert Graves’s major scholarly study The Greek Myths also appeared, offers three distinct kinds of pleasure to the reader. Because the pleasures are so distinct, or perhaps because not all three have always been recognized or dwelt on, the novel has sometimes been regarded as “less successful” than other works of fiction by Graves, and “well below the standard set by I, Claudius.” Miranda Seymour, while repeating that verdict, also says Homer’s Daughter is “one of Graves’s most engaging novels.” This is a step in the right direction, and I think we can do even better, especially if we take the different pleasures as part of a single remarkable success.

The first pleasure is at once the most obvious and the least noticed. Homer’s Daughter is a wonderful political thriller, full of suspense, elusive information and well-paced action. The heir to the throne of an ancient Sicilian kingdom disappears, and the king his father travels in search of him. We note the reversal of what happens in Homer’s Odyssey, where a son searches for a missing father. The king’s daughter is the narrator of the novel, and its chief detective, the one person on whom no clue is ever lost. She hates any man, she says, who “is vain enough to believe that I cannot see through him.” Her second brother, now next in line for the throne, is her nervous but courageous partner in the defense of the realm. A wise mother hovers in the background and occasionally intervenes. A vast conspiracy against the king and his family is discovered and foiled, but not before a bloody and closely described massacre has taken care of the plotters.

The second, rather intricate pleasure is that of seeing Homer’s Odyssey creatively repeated or inverted, as with the father and son excursions. The princess who is also the narrator of the novel tries three times to embrace the ghost of her grandmother, paralleling the gesture of Odysseus towards his mother in the poem, and indeed the whole of Homer’s Daughter rests on a brilliant, dizzying sleight of storytelling, whereby the actual source of most of the major events in the novel, the Odyssey as we know it, becomes their notional result, the Odyssey as the princess composed it. Very early in the book the princess speaks of “the poem which I have now completed,” and later mentions “my epic poem.” She tells us about the improvements she has made on reality in that work, magnifying the royal palace and multiplying the number of servants. “On the whole,” though, she says, “I have respected the truth.”

For good measure the princess-detective, Nausicaa, is a character in the Odyssey itself, the author therefore, in Graves’s imagining, of a double self-portrait. She also rewrites old tales she has heard and transposes into hexameters the scheming and violence at her father’s court. Here Nausicaa meets, as she does in the Odyssey, a shipwrecked man whom the ocean has washed up. He is Aethon, from Crete, a distant relative of Nausicaa’s, and a great help to her in her fight against the conspirators. In her poem she recreates his arrival, and he becomes Odysseus. The suitors he slaughters at the poem’s end were originally Nausicaa’s in Sicily, transported to Ithaca in fiction so that they can pester Penelope. We don’t need to have read the Odyssey recently to enjoy these games, although it wouldn’t be a bad idea to take Graves’s work as an invitation to a rereading. It is true that head spins a little at the criss-crossing of so many stories, but that effect too is part of the pleasure.

The third pleasure is the one Graves announces most clearly in his introduction: that of taking part in a debate about Homer’s identity. Who was he? Was he many persons or one? Did he exist at all except as a fiction about authorship? None of these is Graves’s question. His question, borrowed from Samuel Butler’s The Authoress of the Odyssey (1897) is whether Homer was a “he” at all. The arguments for the Odyssey being composed by a woman are entertaining (“The Iliad is a poem about and for men,” Graves says, “the Odyssey . . . is a poem about and for women,” and “I could not rest until I had written this novel”), but seem a little over-gendered now. Is the fact that Odysseus meets many women in the underworld before he sees a man, and has to be prompted to talk about the latter, really conclusive evidence of the author’s sex, or any evidence at all? The whole case is a little scrambled by our awareness of Graves himself writing in the person of a woman, “a high-spirited and religious Sicilian girl,” as he calls her, who rescues her family and herself “by boldly making things happen, instead of sitting still and hoping for the best.” Is the implication that this is exceptional behavior for a woman?

But the point here is not the unavailable historical truth of the matter. We may wish rather to think about the many imaginative truths about men and women a good novel can create for us, and Graves’s distinction between epic and novel is helpful and amusing here: “though masquerading as an epic, the Odyssey is the first Greek novel; and therefore wholly irresponsible where myths are concerned.” It’s good to think of the phrase “wholly irresponsible” as a literary compliment. Nausicaa herself makes a similar case for the art of fiction when she responds to her uncle’s explanation of the deep meaning of a myth: “I wished that he had not spoilt the story by his explanations,” she says. “I detest allegories and symbols.” She would like novels, though, if they existed, and she might well have written one. 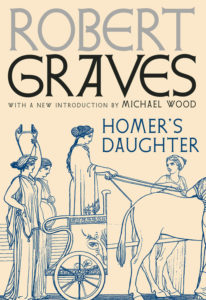 Michael Wood is professor emeritus of English and Comparative Literature at Princeton, and the author, most recently, of Alfred Hitchcock: The Man Who Knew Too Much (2015), On Empson (2017), and The Habits of Distraction (2018).

Big in the Philippines: Why I Was Named After Karen Carpenter 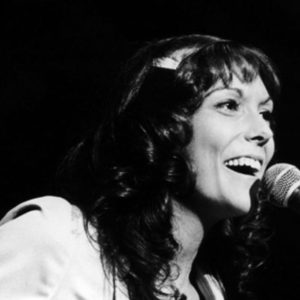 Big in the Philippines: Why I Was Named After Karen Carpenter

On February 4th, 1983, Karen Carpenter died of complications from anorexia nervosa while she was reaching for a fuzzy bathrobe...
© LitHub
Back to top
Loading Comments...