Superman’s an immigrant from a planet-wide Holocaust who comes to America to make good. Created by Jewish writer Jerry Siegel and Jewish artist Joe Shuster, Superman’s the “smart Jewish boy’s American dream,” as cartoonist Jules Feiffer explained in a famous 1996 New York Times article. Superman’s like Moses, placed in a spaceship/reed basket and adopted by noble strangers; he’s like the Jewish golem, a super-powered protector. He’s a quintessentially Jewish figure, a smuggled ethnic fairy-tale at the center of American popular culture.

That, at least, is the argument, set forth in Rabbi Simcha Weinstein’s 2006 Up, Up and Oy Vey!, and in Michael Chabon’s 2000 novel Kavalier and Clay. Inspired by texts like these, scholar Martin Lund planned to write an academic study of Superman’s Jewish roots, fleshing out Weinstein and Chabon’s hints, and providing a scholarly grounding for Superman’s super-Jewish superfeats.

It didn’t quite work out though. “As I started to really dig in, to really read the sources themselves, to try and situate them historically and contextually, things just didn’t match up,” he told me. His book, Re-Constructing the Man of Steel: Superman 1938-1941, Jewish American History, and the Invention of the Jewish-Comics Connection, ended up debunking most of the conventional wisdom about Superman’s Jewish origins. “Kal-El,” Superman’s Kryptonian name, means nothing in particular in Hebrew, and Siegel was influenced by pulp novels a lot more than he was influenced by the Torah. I spoke to Lund by email about how Superheroes aren’t Jewish—and some ways in which, maybe, they are.

Noah Berlatsky: Why are you unconvinced by arguments that Superman was influenced by the Moses story?

Martin Lund: I wouldn’t write any and all biblical or folkloric inspiration off completely. Samson, for example, is very obviously part of the mix. And I do speculate in the book that there might be some previously unconsidered connections to the Exodus narrative in at least one of the early stories. That said, sure, there are superficial similarities between Superman and Moses, but they are on such a general level that it is just as easy to draw parallels to Jesus or Sargon of Akkad, a figure whose story also inspired the Moses narrative.

Whenever anything more detailed is said about how Superman and Moses resemble each other, however, it falls apart. One scholar writes that the destruction of Krypton (a natural disaster) and the Pharaonic decree to drown all the male children of Israel (deliberate ethnic cleansing) “echo” each other “so precisely” that Siegel and Shuster’s Jewish heritage must have played a part in it. Another writer argues the comparison between Superman and Moses in a way that basically requires that the entire Exodus narrative be erased for it to work. I don’t find either of these readings particularly convincing, and they both have some logical consequences that I don’t think were intentional.

NB: Would you say that Siegel and Shuster’s Superman is an assimilationist fantasy?

ML: Yes, I would describe Superman as initially being something of an assimilationist fantasy—to a point. Looking to the first half of the 20th

century, Americanization was very much part of the Jewish-American experience. In my book I make the case that the then-strong pull within Jewish-American communities toward Americanization and the very strong push of anti-Semitism in US society were far more important in the original conception and characterization of Superman—and particularly in why be became such a hyper-American character—than any passing resemblance he may or may not have with Moses or the golem. The same thing goes for the Roosevelt administration’s New Deal and the (at the time) rapidly growing identification among a large proportion of the Jewish-American population with the Democratic Party.

Superman, in a sense, can be seen as sort of a way for his creators to show how well they “got” American values because, of course, they too were American.

NB: Is the Jewishness of other superheroes similarly overstated? I’m thinking of arguments that Jack Kirby and Joe Simon were making a Jewish stand against Nazism when they showed Cap punching Hitler out on their first cover, for example.

ML: There is this idea among comics fans and comics historians that US comics, and superheroes in particular, were openly arguing for US entry into WWII long before the rest of the nation, and that they did so in a unique way. And this unique pro-war stance is usually rooted in the claim that superhero creators were mostly Jewish and/or very liberal.

I don’t buy this. The claim misses the fact that some of the more active pre-WWII fighters and explicit anti-Nazi superheroes were published or created by non-Jews, and that there was anti-Nazi stuff in comics by people whose political views were otherwise less than liberal. Superman and Batman, both of whom had Jewish-American creators, didn’t fight in the war, with a few small exceptions (most notably, Superman “ended” the war in a commissioned piece), while Wonder Woman, created by the WASPish William Moulton Marston did. And Bob Powell, an anti-Semitic Polish-American employee at Will Eisner’s studio, was asked to tone down his anti-Nazi work pretty early on.

Third, the claim misses the fact that much of the pre-WWII comics material was actually pretty standard for the day. Popular opinion by the late 1930s and early 1940s was decidedly anti-Nazi but still not pro-war. There was a widespread fear that Nazi and Soviet spies were actually in the US trying to sabotage military production and readiness. Hitler and his allies were frequently ridiculed and critiqued. Nazi ideology was widely disliked. The President kept talking about supporting the Allies abroad and fighting the fifth column at home, without getting directly involved in the war, and this is exactly what characters like Superman did.

Moreover, Joe Simon, one of the Jewish-American co-creators of Captain America has said that he “sold” his publisher on the idea of a patriotic character by saying that kids on the streets were already playing soldiers and pretending to fight Hitler, and has written straight out that Captain America was an “opportunity for big money.” There might have been more to it than that. There most likely was. But that doesn’t change the fact that even though we look at the Hitler-punch as something special and exciting now, I’m just not sure yet that it was all that extreme in its day.

All the language on the Captain America cover suggests another anti-fifth column message. It’s very difficult for me to see how it would be a call to war, particularly one motivated in identifiably Jewish terms. (A few months after Captain America’s first appearance, another comic, the undeniably interventionist Daredevil Battles Hitler, featured a frightened Hitler being attacked by a number of superheroes on its cover. The comic contained stories by Jewish and non-Jewish creators and was published by the socialist Protestant Leverett Gleason.)

NB: What is the danger, or the problem, with overstating, or misstating, Superman’s ethnic roots?

ML: The problem is that this view does not account for Siegel and Shuster as people, but considers them only insofar as their Jewishness, as we understand that identity today, is concerned; it flattens or erases their experiences as Jewish Americans. It also ignores the time in which Superman was created. But the early Superman was a highly political figure, in which complex negotiations of what it meant to be American and what it meant to be Jewish in the US were played out.

In the panels and in the gutters of these comics we can see traces of an ongoing reframing of Jewish masculinity, of Jewish-American gender stereotypes and New Deal gender politics, of the Jewish-American search for whiteness and the erasure of people of color, and so much more. I think that in opting for the “obvious” connections, we obscure this deeper history and make it more difficult to get at, which I think is a shame. It is not always a pretty picture that emerges when we keep digging, but it is, I think, a more interesting and enlightening one.

Everything is Not Fine If It's Not Fine for Everyone 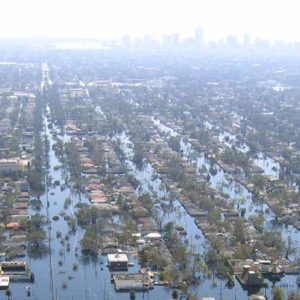 Everything is Not Fine If It's Not Fine for Everyone

I broke down at school drop-off as soon as I let my daughter out of my arms and turned away again to the outside world. The other...
© LitHub
Back to top