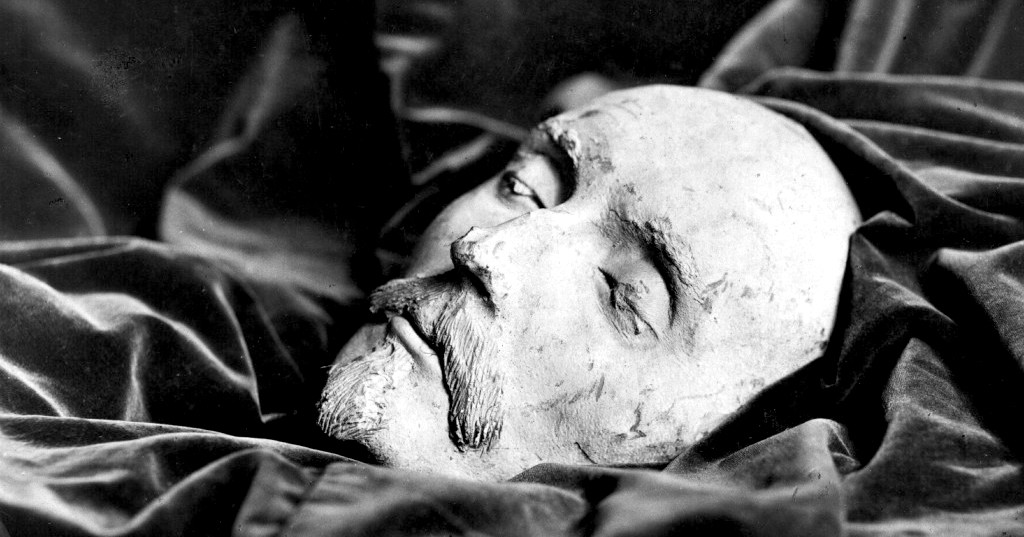 Was Shakespeare Agnostic About
the Afterlife?

April 23rd is celebrated worldwide as Shakespeare’s birthday, with people reviving him and his work through performances, sonnet read-a-thons, and even marking the occasion as “Talk Like Shakespeare Day.” Amidst all of this hubbub, it often goes unacknowledged that April 23rd is also the date that he died 52 years after he was born. With so much death pervading his work, one might wonder what he thought about as he approached the end of life and imagined what might await him afterward.

The answer is less obvious than one might think. While England in the playwright’s lifetime period was characterized by a certain Christian orthodoxy—people, including his father, were fined for not attending church regularly—his characters expressed widely varied beliefs about the afterlife. In one of the most famous speeches in the English language, Hamlet remarks that there is “something after death- / The undiscover’d country, from whose bourn / No traveller returns.” No one knows, Hamlet seems to say, what happens after we die. Even the ghost of his father, who has just visited him, is “forbid / To tell the secrets of my prison-house” and just ends up disclosing private details about the life he had lived.

We all wonder, at least at some point in our lives, what happens after death. I realized how particularly vital this question was when my own father was “giving up the ghost,” a phrase whose origin can be traced through Shakespeare’s play Julius Caesar. During a prolonged period of home hospice care, my father dismissed talk of heaven (he was certain that we all simply decompose) and instead wanted to talk about the past. My mother sat all day in another room, the “living room” actually. A lot of the conversation with her revolved around her insistence that my father was wrong and that they would reunite when she died.

Which version of him, I wonder now, did she imagine would greet her? The older man I had always known—not necessarily the sick one in the bed in the other room but the father I remember as always being much older than other children’s fathers? Or did she picture the young man that my sister later told me about: this man who had returned from the war and who arrived on a first date in a convertible with a flower on the dashboard?

Shakespeare’s characters often imagine “the life to come” (as Macbeth calls it) to be some version of the life they’ve lived or wished they had lived. For instance, as they go to their deaths, Lear and Cordelia imagine that they will “tell old tales, and laugh / At gilded butterflies, and hear poor rogues / Talk of court news.” It’s a return to a childhood past but one likely rosier than the real thing actually was.

Hamlet probably comes to mind as Shakespeare’s work most haunted by death and concerns about the afterlife, but for me it has to be Antony and Cleopatra. The Egyptian queen and the Roman general seemingly spend half the play talking about their impending deaths or planning for them. In Oyun Atölyesi’s 2012 production at The Globe Theatre, Antony (played by Haluk Bilginer) surprisingly returns in ghostly form during Cleopatra’s death scene. I say “surprisingly” because there’s no indication of this in the play text. This scene belongs—and belongs famously— to Cleopatra alone. Yet the choice in Atölyesi’s production makes sense. He embodies the lovers’ fantasies that they will see each other after death.

Earlier in the play, the audience begins to see its inevitable conclusion: that Egypt will fall under Roman control, that Cleopatra and Antony’s romantic bliss is in the past now. But the queen doesn’t want to think about the unknown quality of what comes next. Instead, she commands her servant to go and tell Antony that she has already died: “go tell him I have slain myself. / Say that the last I spoke was ‘Antony.’”

Shakespeare’s characters often imagine “the life to come” (as Macbeth calls it) to be some version of the life they’ve lived or wished they had lived.

She asks the servant to “bring me how he takes my death” in order to have the satisfaction of knowing how he will react to her demise. Given that Antony will in fact attempt suicide upon hearing the news, this play remixes the elements of Romeo and Juliet. Here, though, rather than a tragic scene of misunderstanding, we have a scene of melodrama, of a kind of narcissism of the type of individual who longs to attend her own funeral for the pleasure of seeing others mourn.

They’ve lived so long and experienced so much. Antony has been married before, and so has Cleopatra. As he prepares to stab himself, Antony imagines a reunion with Cleopatra, calling out to her to “Stay for me: / Where souls do couch on flowers we’ll hand in hand.” The setting for this afterlife bears close relationship to the barge upon which Antony had first seen Cleopatra in on the river Cydnus when she was “so perfumed that / The winds were love-sick.” His fantasy of what happens after death expresses a wish to begin again at a point unmarred by failure and still full of possibility.

Arthur Schopenhauer once remarked that “every parting gives a foretaste of death, every coming together again a foretaste of the resurrection.” This claim rings true in Antony’s case because we seem to make sense of the afterlife based on our experiences in the living world. After all, what can we really say for certain about what will come next in this world and especially in the next world, if one believes there is one.

So Antony fantasizes that his reunion with Cleopatra will feel like the first time. Her, so electric that the world around her is charged with possibility and him, returning from war and open to new ways of relating. This is part of a persistent fantasy in Shakespeare’s work, a fantasy at the heart of love: that things will not result as they have in the past. Preparing to die, Cleopatra announces, “I am again for Cydnus / To meet Mark Antony.” To move forward into the afterlife, the Egyptian queen also longs to travel backward in time and into memory.

Maybe one of the ways in which we survive the unknowability of the future is to fictionalize it as if it is simply the past, simply a return or a reunion with something or someone we thought we had lost. Both Cleopatra and Antony hope for a future that resembles a familiar past because they don’t want to admit they’re living in a tragedy. In the final lines of the play, Cleopatra fixates on reunion as an alternative to the finality of physical death. She says, “me thinks I hear / Antony call. I see him rouse himself / To praise my noble act.”

In her mind, Antony wakes from the sleep of death (or in the case of Atölyesi’s production, his ghost might regard her with some urgency). Shortly before proclaiming, “husband, I come,” Cleopatra announces that “My desolation does begin to make / A better life.” It’s only at the very end, when we look back and count up all of the decisions we’ve made and then look forward towards the pure unknowability of the afterlife, that we yearn for the space of fictions and of alternate possibilities.

Perhaps it makes sense, then, to forget that Shakespeare’s birthday is also his deathday. His works seem to indicate he may have wanted us to ignore the finality of death and instead go back to some moment of beginning. So many of his characters have this impulse: Hamlet, Cleopatra, Antony, Lear, Romeo, Juliet, Macbeth, and others. And we have it, too, as we resurrect his characters in our minds and on stage. We give them the afterlives they’ve told us they long for: the opportunity to begin again one more time.

John S. Garrison is an associate professor at Grinnell College, focusing on literature and culture of the early modern period in England. His latest book is Shakespeare and the Afterlife (Oxford University Press, 2019).

The Failures of a Wunderkind:
On Rejection and Persistence 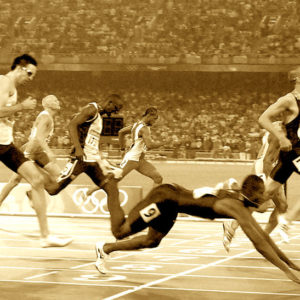 The Failures of a Wunderkind:
On Rejection and Persistence

I was supposed to do this earlier. Publish a book, I mean. In 2004, I went to the Sewanee Writers’ Conference, and one night,...
© LitHub
Back to top