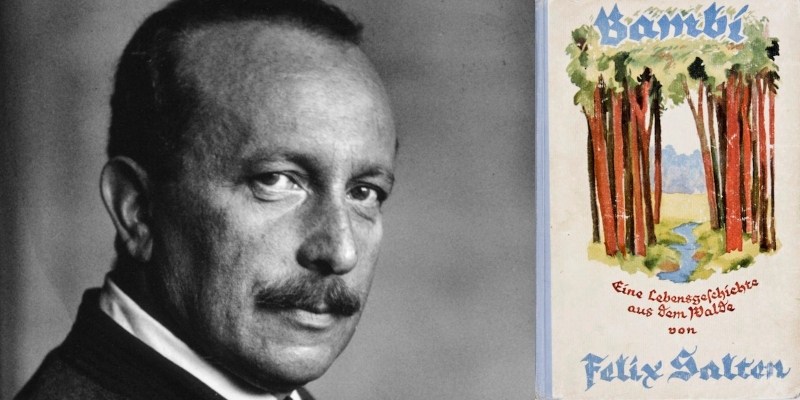 Was Bambi an Autobiographical Novel?

Fairy tales. Why have they survived a thousand years of re-telling? How do they adapt to reflect changing times, places, and storytellers? And what is it about them that captivates us from early childhood and continues to intrigue us throughout our lives?

In this episode of Book Dreams, Eve and Julie explore the magic of these familiar stories with scholar, author, and teacher Jack Zipes, one of the world’s leading authorities on fairy tales, folklore, and children’s literature. They talk about the lasting power of classics like Cinderella and Little Red Riding Hood, and also about Jack’s new translation of The Original Bambi: The Story of a Life in the Forest, by the Austro-Hungarian Jewish writer Felix Salten, which was the source material for the 1942 Disney movie. Jack explains that the novel is “a brilliant and profound story of how minority groups throughout the world have been brutally treated,” an “allegory about the weak and powerless” that is both “dystopic and sobering.” By contrast, “The stupidity of the movie is so outrageous that as I was doing research on this book, I literally almost threw up.”

They talk, too, about how Jack’s experiences as an activist leader during the social upheavals of the 1960s lead him to a career in children’s literature: “I realized if there’s going to be a movement that really digs in and has roots in the majority of people, we have to learn how to teach critically and develop methods in which children would be able to begin to think for themselves and continue to be curious, ask questions, and also take interest in groups in the United States with which they are not familiar.”

Julie Sternberg: I want to talk about Felix Salten’s novel Bambi, which was the source material for the Disney movie, but it differs dramatically from Disney. You write, “Salten’s novel is a brilliant and profound story of how minority groups throughout the world have been brutally treated even when they try to live peacefully in their own environment. Read in the original language and in its socio-historical context, Bambi is, if anything, dystopic and sovereign, for it reveals the cutthroat manner in which powerless people are hunted and persecuted for sport.” That is different than Disney, yes. You also say that Bambi is indeed Salten and Salten is Bambi. So could you tell us about how Salten felt about his Jewish identity and how that changed over time as he faced increasing antisemitism?

Jack Zipes: Even though his family was not very religious, he was highly aware of the fact that he was Jewish and that Jews had to confront a bias against them in all sorts of ways. It was dangerous to be marked as a Jew. So he wrote under the name Felix Salten, and became a very significant journalist by the beginning of the 20th century. What I would like to stress is that he was highly aware of what antisemitism was, and since he wasn’t a religious Jew, he wanted to assimilate. He was a very contradictory person. He wanted to become like the great Jewish writers at [the Cafe Riedel], and at the same time, he admired the grace and the education and the ways that the upper classes lived.

And then he was influenced by Zionism, and he reclaimed his Jewishness. He wanted, I think, to write about this in some way, but he didn’t want to write about it in some sort of autobiographical, factual way. Bambi, to me, is a story about his life. A story about him, and how he survived the bigotry and realized that he would never be able to attain what he wanted and his life was going to be one of loneliness and one in which he had to watch out because he was marked to be killed.

Jack Zipes is Professor Emeritus of German and Comparative Literature at the University of Minnesota. He has written, translated, and edited dozens of books, including The Original Folk and Fairy Tales of the Brothers Grimm, Why Fairy Tales Stick, and Don’t Bet on the Prince: Contemporary Feminist Fairy Tales of North America and England. In addition to his scholarly work, Jack is an active storyteller in public schools and has worked with children’s theaters in Europe and the United States. Among his many awards are a Guggenheim Fellowship, the International Brothers Grimm Award, and the World Fantasy Convention Award for Lifetime Achievement. In 2018, Jack founded the publishing house, Little Mole & Honey Bear, which republishes historical children’s books with timeless values in order to “preserve the things that make us human and stand up to forces that would tear our society apart.”

Looking Back at the Fall of Tobruk, 80 Years Later 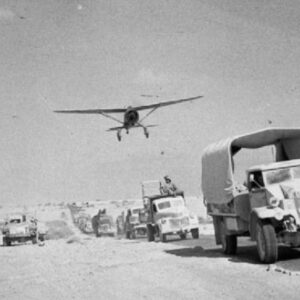 Looking Back at the Fall of Tobruk, 80 Years Later