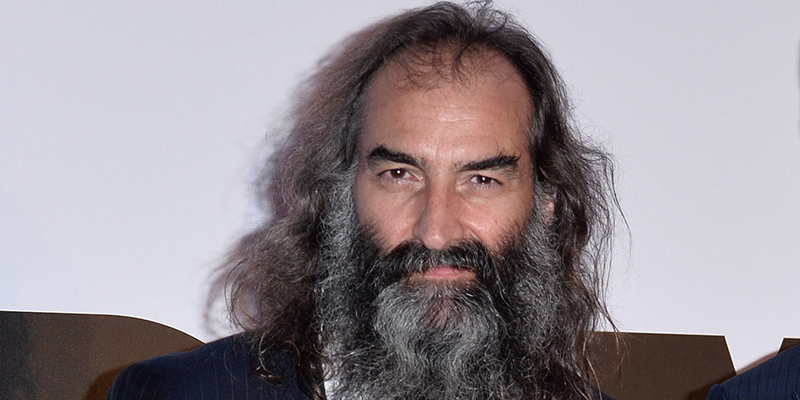 Warren Ellis on Mementos of the Music World

After her set, Ellis rushed to the stage—not for a coveted set list, but for a piece of chewing gum Simone had discarded atop her piano, which he then preserved in a rolled-up hand towel. Ellis’ memento lived in a crumpled Tower Records bag for the next 20 years.

Two decades after that 1999 performance, Cave curated “Stranger than Kindness,” an exhibition at the Royal Danish Library in Copenhagen, where he included Simone’s gum as a piece of sculpture cast in silver. Cave called it a “religious artifact.”

In Nina Simone’s Gum, Ellis brings you along as he tracks the artifact for posterity. The book is a meditation on life, musicianship, and the importance of bestowing meaning to objects and experiences; it is also a tome about friendship, the artistic process, and human connection.

Dermot McPartland: Even though I’ve read this book twice, Warren, I think it’s the kind of book that I’m going to keep returning to. I’ve marked loads of parts in it—it’s like a journal. I know that you obviously kept Nina Simon’s gum, and that you kept moving it to secretive places in your studio and in your house. Once you did the book, and now that it’s out there and everybody is part of the story, does it feel cathartic for you?

Warren Ellis: It’s a real relief, actually. Jack, who did the designs, asked me this at the launch. He asked if I had any regrets about it, if I felt like I’d betrayed it in some way. I said “No, the opposite, actually.” I feel a sense of relief because I feel like it belongs to the world, and that’s what separated her gum from other personal little totems. All these things that we hold onto trigger our memory, and our memory is what defines us. You listen to a record you liked when you were twelve years old and it brings back that same feeling; it gives you energy again. The gum was another thing because it connected people to something greater than that, beyond being a personal thing, beyond the spoon collection that somebody collects all their life and ends up for 50p in the thrift shop. What it meant to that person is gone with them.

Dermot McPartland: There’s also the postcard from David McComb. It’s really beautiful and, given what happened to him as well, it’s a really lovely artifact.

Warren Ellis: Yeah, that’s something I didn’t explain that well, but that card basically kept me sober. It was really important. That’s why I kept transferring it to every case that I had.

Dermot McPartland: It’s beautiful. And he sent it to you hoping that he would find you above the Portobello Café. It was a wing and a prayer whether it would get to you or not.

Warren Ellis: Yeah it was. Weirdly, and this is a true story, the day that I handed the draft in, Dan said, “OK, that’s it. We’re done and dusted. You can’t change anything beyond a couple of words.” That afternoon, I was cleaning out a cupboard and I found an old suitcase. It was this Samsonite fake crocodile skin from the 90s, from when I was on tour. God knows what I must have worn in those days because it was very small. I couldn’t have had much more than a couple of changes of underwear and a few t-shirts. But within it was a whole lot of letters from Mick Geyer.

And suddenly, Mick was there: “G’day handsome, how are ya.” He used to always write me long letters. There were a whole bunch of postcards from Dave, one from the hospital bed where it’s literally three or four days after his operation. He said, “Guess what’s new?” and there was a big picture of a heart.” Things like that. I found the original ticket for the Nina Simone concert, too. And I found a script from Oren Moverman that he gave me when I first met him to look at for his first film. Whatever you make of that, I just figured they were all saying, “Kid, it’s time to let it rip. You’ve done the best you can.” I just thought, okay, it’s done.

Warren Ellis is an Australian multi-instrumentalist and composer, most famous for his work as collaborator and bandmate of Nick Cave, in both the Bad Seeds and Grinderman. Both solo and alongside Nick he is also a multi-awardwinning film composer whose soundtracks include The Proposition, The Road, The Assassination of Jesse James by the Coward Robert Ford, Mustang, and most recently This Train I Ride. His own band Dirty Three have released eight studio albums since 1994 and he is an in-demand producer and writer, working with artists including Marianne Faithful, Jupiter and Okwess and Tinariwen. 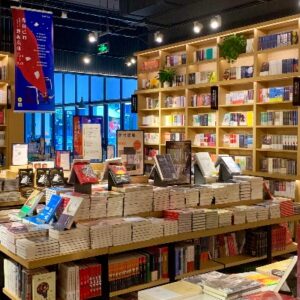 This is Underreported with Nicholas Lemann, from the publishing imprint Columbia Global Reports. We don’t just publish...
© LitHub
Back to top