Want to Win an Oscar? Base Your Movie on a Book

Bruce Davis, former Director of the Academy, Runs the Numbers

As celebrities make their way down the red-carpet this weekend, carefully negotiating issues as deep as the politics of race in Hollywood and as superficial as boob tape, their minds will not likely be on literature. But books will be there amid the sparkling smiles, if only as subtext. Of the eight movies nominated for a Best Picture Oscar this year, five are book adaptations: The Martian (novel by Andy Weir), Room (novel by Emma Donoghue), The Big Short (nonfiction book by Michael Lewis), The Revenant (novel by Michael Punke) and Brooklyn (novel by Colm Toibin). This lit-heavy list reflects a reality rarely discussed during Oscar season: the high incidence of Best Picture winners based on books. Bruce Davis, executive director of the Academy of Motion Picture Arts and Sciences from 1989 to 2011 (who is currently writing a book about the history of the Oscars and is also my dad), digs into the stats and the story behind them.

Brangien Davis: Reading through the list of Best Picture Oscar winners over the years, I was surprised by how many were based on books. Is there a tally of how many Best Pictures were book adaptations, versus original screenplays?

Bruce Davis: The Academy doesn’t really keep score that way, and to be honest I’d never thought about it until you asked. I had to go back and do a count, which isn’t as easy as you might expect. A good many of the 87 Best Pictures to date were based on original scripts, nine others first existed as plays, and a handful don’t fit into those three obvious categories. Marty (1955), for example, was originally a television drama.

It’s a tricky calculation to make with some movies, but the list I made certainly supports your impression: nearly half  of the recipients of Oscar’s largest prize have been based on books. The 42 films I’ve placed in the “book-based” category are not all based on novels. I’ve included nonfiction memoirs like Twelve Years a Slave, along with Collette’s novella Gigi and even F.X. Toole’s Million $$$ Baby, because it appeared in a book of his collected short stories. The short story source for All About Eve, however, debuted in Cosmopolitan magazine and was never published in a book, so it didn’t make my list. Movies that were based on plays were ruled as not book-based unless—like Oliver! —the play itself was an adaptation of a book. It seemed only fair to give Dickens his due.

Brangien: How does the Academy make these distinctions?

Bruce: The Academy, for its screenwriting categories, has to decide each year which scripts were adapted from preexisting works (not books, necessarily) and which should be considered original. The distinguished writers who make up their branch’s Executive Committee have to assign each of the year’s screenplays—300 or so of them—into either the “Adapted” or the “Original” basket. For the heavy majority of films the decision is easy, but each year there are four or five films that trigger lengthy discussions. Which category does a script belong in if it’s based on more than one source? When that debate is on the table, someone will always lay out the group’s only-half-joking dictum: “one source is an adaptation; two sources is research.” In compiling my list for this discussion, that same issue gave me problems in categorizing films such as Lawrence of Arabia—for which the producers purchased the rights to Lawrence’s Seven Pillars of Wisdom, but which relied on many additional sources—and the 1935 Mutiny on the Bounty, also created from multiple sources.

Brangien: In recent years, comic books have become a major source of film adaptations. Where do they fit into the mix?

Bruce: I like comic books, but no comic book movies have made it onto this Best Picture list yet. That doesn’t mean that they, and their big brothers, graphic novels, can’t inspire motion picture art—let’s not forget Heath Ledger’s Joker—but most of the superhero movies have been more interested in fights and explosives (and stunning box office numbers) than in the less noisy pleasures that movies can provide.

Brangien: Why do so many filmmakers turn to books, when it’s notoriously difficult to do them justice on screen?

Bruce: Well, it’s not hard to figure out why a Gone with the Wind or a Lord of the Rings becomes a movie. When a book has been terrifically popular, when people love the story and the characters, there’s almost a public demand that it be turned into a movie. The studio can be confident that the film will make money, and it may even turn out to be a really remarkable film.

But a lot of those 42 Best Picture sources were books that only a relative handful of people had even heard of. Often it’s a case of a producer coming across a book and just being captured by some aspect of it. She may feel that there’s something important about it, that people need to see it, or she may just think that if she can get it done right it will give audiences a hell of an enjoyable two hours. The French Connection was based on a nonfiction book by Robin Moore that had the bone structure of a great, intelligent action film. Similarly, Michael Blake’s novel hadn’t made a huge splash but Kevin Costner was aware of it and insisted that he turn it into the screenplay for Dances With Wolves. It worked out well for both of them.

Brangien: So why do we so often feel like the movie wasn’t nearly as good as the book?

Bruce: Because lots of times it’s not. All of us have found ourselves wondering, if a writer and director failed so completely to grasp what was great about the book, why they were even attracted to the project. But those kinds of misfires tend to crop up in the general run of movies, not in the ones that go on to be selected as Best Picture. I can’t recall anyone ever remarking that The Godfather wasn’t as good as the book.

Brangien: Given that this year’s crop of Best Picture contenders is full of book adaptations, should screenplay writers stop bothering with original storylines and prowl around bookstores for inspiration instead?

Bruce: I think we should all make time for prowling around bookstores. Whether or not we can add a 43rd title to our book-based Best Pictures list, we’ll find out on Sunday.

Brangien Davis is an arts writer and essayist based in Seattle.

When George Plimpton Met the Best Bartender in Brooklyn 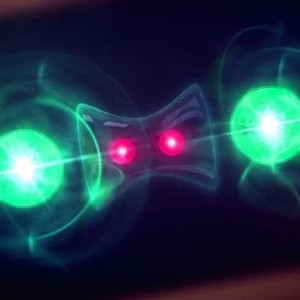 Dear Coach, For more than a year, I have yearned the presence of someone. From the moment we met, my mind has seldom been...
© LitHub
Back to top