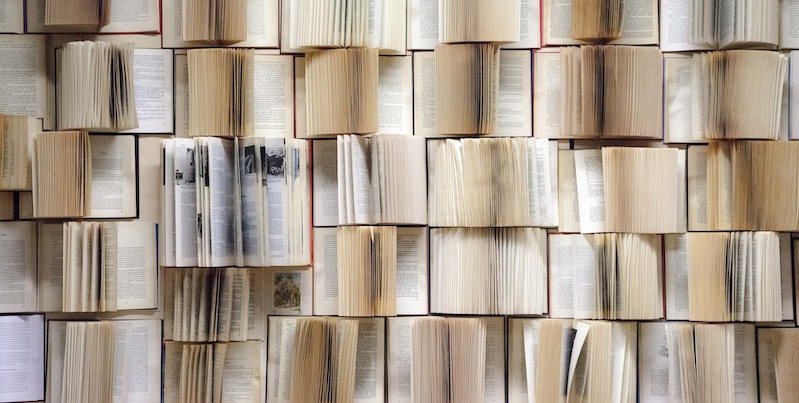 Vision Quest: On Trying to Define the Great American Novel

Turning 50 really lit a fire under me. Not that I was complacent before; by 2019, I had been working my tail off for 12 years and six novels. Miraculously, thanks to a combination of hard work, good fortune, a bunch of brilliant publishing professionals, gracious booksellers and librarians, and loyal readers, my career at 49 was still a career.

Though I’m still not ready to call these novels quiet (they were not without their share of literary derring-do, or defiance of narrative convention), they were not what I would characterize as “big books,” in terms of length or scope. I really wanted to swing for the fences with my next book; to challenge myself with the sort of narrative ambition that could ruin my career if I didn’t pull it off.

On the eve of my 50th birthday, I was out in my garage cranking The 13th Floor Elevators, drinking an adult beverage, trying to rally the impetus to begin something new. The entire surface of the Ping-Pong table was covered in blank poster board, a giant blank canvas dedicated to this grand and risky endeavor.

Standing above all that blankness, clutching my drink, I actually said aloud to myself: “Fuck it, I’m gonna write the Great American Novel.”

As a canonical term, the Great American Novel remains wide open to interpretation, a loose classification at best, encompassing such divergent narratives as Moby Dick, The Invisible Man, Lolita, Beloved, and The Catcher in the Rye. The GAN has even been pronounced dead several times in the 150-odd years since John William De Forest coined the phrase in an essay, noting that the Great American Novel had likely not been written yet.

So what did I mean when I said I wanted to write the GAN? Why were those the words that came out? Why were writers being measured, and measuring themselves, against such a standard? What was a Great American Novel? I thought of Doctorow’s Ragtime, which through a variety of POVs managed to encompass the American experience near the turn of the 20th century. Then there were works like Ellison’s the Invisible Man, or Bellow’s The Adventures of Augie March, which portrayed a single protagonist’s journey through a wide range of the American experience, socially, politically, and intellectually. But to me, the work that may have come closest to my conception of the GAN was not one novel but three, in Dos Passos’ U.S.A. trilogy, a veritable decoupage of POVs, narrative modes, and dynamic experiences that covered decades, and was now pushing a century in age.

How could anyone write about the American Experiment without putting diversity front and center?

Colored sharpies sprawled out before me, I began to chart my version of the Great American Novel. First and foremost, I didn’t think any such book could be remotely great if it didn’t address both the American moment and the American ideal. This didn’t mean a novel that wore out a thesaurus or glorified an expired idea, like streets paved with gold—no, it was about wringing the meaning out of words and story to work through everything around that idea, about opportunity, individualism, greed, racism, classism, and pluralism.

Then there were those ideals that embodied the ethos of westward expansion, beginning with the misplaced sense of entitlement that was Manifest Destiny, an ideology that delivered us to genocide and diaspora. What was Manifest Destiny if not a profitable extension of the institution of slavery, the foundation upon which the prosperity of our young nation was largely built? Did not the misbegotten profits of free labor set the precedent upon which all future exploitations would be rationalized?

And yet somehow the fortunate among us still managed to obscure this truth beneath an ethos of rugged determination, autonomy, and hard work; those tenets that romanticized individual accomplishment over all else and conveniently allowed for profit without conscience or consequence, while categorically failing to acknowledge their exploitive underpinnings. These are the myths that a large body of American literature has been perpetuating for centuries; myths that limit how we know our country, and ourselves.

By now I’d managed to fill the poster board with multi-colored notes, each shade of Sharpie corresponding to a line of correlative thinking. As a rule, I always trust the process, and I knew there was a reason I kept reaching for all those different colors, even if I couldn’t consciously apprehend a pattern yet. And stepping back, a couple of things were obvious: the Great American Novel had to be inclusive, and it must have the capacity to absorb the whole spectrum of colors.

To my way of thinking, whether or not I could ever manage to pull it off, the Great American Novel could be written by any American, but had to be a triumph of imagination as much as anything; it had to reach far beyond the limits of personal experience. How could anyone write about the American Experiment without putting diversity front and center? The story of America, after all, was not only the story of the people—Chinese, Irish, Germans, Jews—who flocked here from east and west into the ports of New York and San Francisco, lured by the promise of the New World. It was also the story of the people who were here first, and the story of the people who were brought here against their will.

Any book in the running for the title of Great American Novel would require a considerable canvas, one that would likely encompass many origin stories across cultures, and four or five generations to boot. And the author would have to connect these various personalities across generations in some meaningful way, to plot each of their separate courses through the American landscape and psyche in such a way that these individual stories collectively wove themselves into a narrative quilt of the trauma and triumph, the violence and velocity, the tragedy and failure of the American Experiment.

It all sounded pretty reasonable that night (even if I was a few drinks in), and by the time my brainstorming was over, I was officially 50. I even had a title for the novel, one inspired by the transcontinental railroad, that most celebrated and audacious of American undertakings, built exclusively on the back of immigrant labor, that sought by virtue of its speed and breadth to shrink the world overnight. I’d call it Small World. And that is exactly what I yearned to create; a Small World on the page, one that sought to synthesize as much of the American experiment as I could cogently connect, and would involve the reader in such a way that they couldn’t help, for better or worse, but to recognize themselves as Americans.

Now, all I had to do was sit down and write the dang thing. 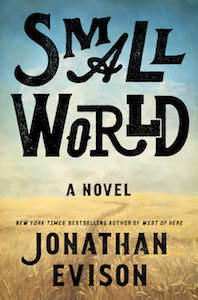 Small World is available from Dutton. Copyright © 2022 by Jonathan Evison.

Jonathan Evison is the author of the novels All About Lulu, West of Here, The Revised Fundamentals of Caregiving, This Is Your Life, Harriet Chance!, Lawn Boy, and Legends of the North Cascades. He lives with his wife and family in Washington State.

A Glimpse Inside the World’s Most Beautiful Libraries 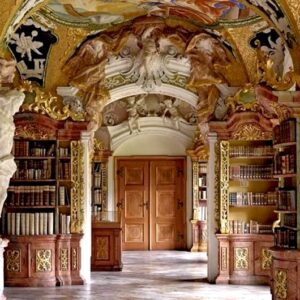 A Glimpse Inside the World’s Most Beautiful Libraries

Libraries have long been more than simple repositories of knowledge. They are living centers of intellectual exchange, research,...
© LitHub
Back to top
Loading Comments...