Vijay Iyer: A Moral Imperative to Speak for the Musical Margins

On Finding an Uneasy Peace with Jazz Traditionalists

The concert began in a state of rippling composure: Vijay Iyer at a Steinway, his tolling chords and arpeggios carried aloft in the evening air. When his sextet landed on the downbeat, completing a phrase initiated at the piano, it was with a sharp sensory jolt. The band was lashing into “Far from Over,” the title track of an album due out months later on ECM Records. This performance effectively served as the public debut of the music, to an outdoor festival audience of roughly a thousand, and many more tuned in to a live stream on the web.

Iyer chose not to make this stand at a marquee jazz festival, though his sextet headlined its share of those around the album’s release later that summer. Instead, he was putting the finishing flourish on the Ojai Music Festival, a prestigious event of classical pedigree. Established in the late 1940s, this annual convocation—in scenic Ojai, California, framed by the rugged Topatopa Mountains—has long upheld a tradition of rotating music directors, including composers like Aaron Copland, Pierre Boulez, even Igor Stravinsky. In 2017 that privilege went to Iyer, who took the opportunity to expand the frame, bringing in not only ensembles like the Brentano String Quartet but also an array of mentors and peers at the interstices of orchestral composition, collective improvisation, and what you might call experimental jazz, though he’d probably prefer the less idiomatic term “creative music.”

The Ojai Music Festival leadership, then marshaled by artistic director Tom Morris, had seen in Iyer a persuasive avatar of the ever-increasing dialogue among an array of new musics—some of which traditionally fell under a “classical” header, forming the heart of the Ojai enterprise, and some of which fell under a “jazz” header and usually found their foothold somewhere else. “He’s an exceptional figure in his breadth,” said Morris of Iyer, speaking in an administrative office during the festival. “His deep and vocal advocacy of a borderless music world is also what’s happening today—and I suspect he’s leading part of that change.”

As if to confirm this impression, Iyer’s festival programming felt pointed, wide-open, and supercharged. He naturally performed in a handful of concerts himself, notably with several configurations of the International Contemporary Ensemble. He presided over the world premiere of Trouble, a violin concerto he’d composed for Jennifer Koh. He played with an all-star quartet of Indian descent: the vocalist Aruna Sairam, the tabla master Zakir Hussain, and the alto saxophonist Rudresh Mahanthappa. He also played a riveting duo set with one of his mentors, the trumpeter Wadada Leo Smith, drawing from an acclaimed recent album.

The brilliant drummer and composer Tyshawn Sorey, a member of Iyer’s sextet, was almost ubiquitous: playing a rumbling duet with Chase, expanding on a theme by Edgard Varèse; leading an improvisational “conduction” of chamber musicians, in the style of Butch Morris; manning an orchestral percussion rig in Iyer’s hybridist work Emergence; performing The Inner Spectrum of Variables, his own unclassifiable suite.

On some level Iyer saw his stewardship of the programming at Ojai as an invitation to stir things up, and not just in musical terms. “It’s an overwhelmingly white audience, and wealthy,” he had told Rolling Stone India a few weeks before load-in. “So this is a chance to infiltrate and ambush into that space with a lot of different ideas and different perspectives on music that they may not have been aware of or willing to pay attention to.”

But “infiltrate and ambush”—terms of covert action with subversive intent—amount to a distortion of Iyer’s larger project, at Ojai and beyond. He doesn’t quite have an iconoclast’s compulsion for chaos. And yet his empowerment by elite institutions presented what he saw as a moral imperative, a responsibility to speak for the margin. It hadn’t been long since he was bouncing around in those hinterlands himself.

If there was ever a hinge on which Iyer’s career tilted toward cultural prominence, it came in late summer of 2013, when he was in possession of two big secrets. The first was that he would be joining the music faculty at Harvard, in a tenured position as its first jazz artist in residence, beginning the following term. The second was his selection for a coveted MacArthur Fellowship, the so-called genius grant. As a pianist and composer with an academic background and a working foundation in the avant-garde, Iyer had already been the recipient of vaulting critical acclaim. But the combination of these two announcements would catapult him to an exceedingly rare tier of prominence. Because of who he was, or what he represented, it would also strike some in the jazz world as a needling provocation.

Even aside from the news, Iyer was at a pivotal moment in his career. After almost 20 years of making albums on an assortment of small independent labels, he had been signed to ECM, an august German operation whose roster includes revered new-music composers like Arvo Pärt and Meredith Monk as well as heralded improvisers like Keith Jarrett. As he held on to his secrets, Iyer was getting ready to record his label debut, Mutations, whose centerpiece was an inquisitive ten-part suite for string quartet, piano, and electronics. There had been all sorts of issues with the availability of the classical players, bringing a frantic air to his preparations, but the recording session turned out beautifully. The string quartet brought a singing resonance to Iyer’s writing, and he played piano while running the sampler and software behind the electronic manipulation that lurks at the heart of the piece.

Mutations was just being mixed when the big news broke: Iyer was one of 24 individuals, the only improviser and composer across a range of disciplines, to be honored as a 2013 MacArthur Fellow. Congratulations began to pour in.

Then came the startling backlash, from an assortment of jazz musicians who regarded Iyer as an unqualified outlier, someone who hadn’t met the right criteria or paid the appropriate dues. This grousing unfolded in the nebulous public-private zone of social media, notably on the Facebook wall of the guitarist Kurt Rosenwinkel, who carped that Iyer had been the beneficiary of an opportunistic and credulous media. “Well I guess I will be one who says it: Vijay Iyer is not a great pianist,” he wrote, voicing what he called a counterbalance to the hype. “No touch, no tone, no melody, nothing exceptional in any way. Sorry, I’m not hating I’m just de-glorifying. It’s just not true.”

This was the first salvo in what quickly became a hail of darts, a comment-thread denunciation of Iyer not only in terms of his fitness for the MacArthur but also his basic validity and competency as a jazz musician. The ugliness intensified, producing ripostes from those who defended Iyer, retrenchments and counterattacks from the opposition, and stunned silence from the pianist himself, followed by a diplomatic and above-the-fray response.

Behind the scenes, Iyer engaged with a few of his dissenters, yielding tenuous but conciliatory dialogue. He did some private seething. But he also had the distraction of another pressing commitment: having just finished Mutations, he was now gearing up for the world premiere of a large-format commission for a 20-person ensemble, at Montclair State University in New Jersey. Iyer had titled this piece Open City, after the acclaimed first novel by the Nigerian-American writer Teju Cole, who read excerpts from the book as part of the performance.

Iyer’s collaborative assembly for Open City further included one of his mentors, Steve Coleman, and one of his recent students, the flutist Elena Pinderhughes. Also in the ranks were Ambrose Akinmusire and Jonathan Finlayson, progressive postbop trumpeters of similar experience; Okkyung Lee and Mat Maneri, probing improvisers on, respectively, cello and viola; and Hafez Modirzadeh, a tenor saxophonist and ethnomusicologist with a theory of convergence between Western and Persian musical dialects. Himanshu Suri, the rapper best known for his role in the mischievous, provocative hip-hop group Das Racist, joined Cole in punctuating the music with spoken word.

Open City was riff-based but mysterious in its development, an elaborative bloom of rhythmic feints and spontaneous interjections. Iyer later characterized it as “this beautiful expression of family and community,” the manifestation of a creative peer group spanning multiple generations, backgrounds, and approaches. “It was just what I needed at that moment,” he said, referring to the dustup around him. “Because what I was hearing from certain corners was being completely contradicted by what was happening in my midst.”

The fractious dispute over Iyer’s place and pedigree in the jazz lineage was a momentary distraction as far as the public discourse was concerned. It might even have become an obscure footnote to his achievement, except for the fact that its animating tension—the policing of acceptable artistic or social practices, based on a grid of bias and presumption—forms an important subtext in Iyer’s output. This policing, which goes arm-in-arm with a less antagonistic tendency toward pigeonholing and exceptionalism, had often kept Iyer at arm’s length from “the jazz tradition,” even in the midst of overwhelming acclaim from the jazz establishment. The irony is that his work preempts such narrow-minded perceptions. 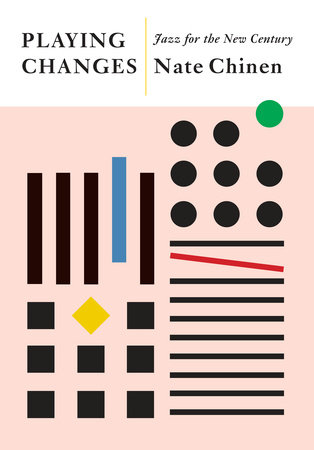 Nate Chinen has been writing about jazz for more than 20 years. He spent a dozen of them working as a critic for The New York Times and helmed a long-running column for Jazz Times. An eleven-time winner of the Helen Dance-Robert Palmer Award for Excellence in writing presented by the Jazz Journalists Association, Chinen is also coauthor of Myself Among Others: A Life in Music, the autobiography of impresario George Wein. He lives in Beacon, New York, with his wife and two daughters. 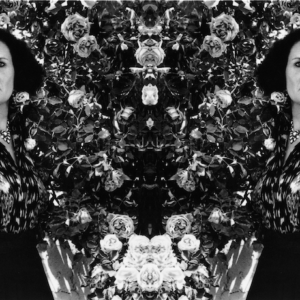