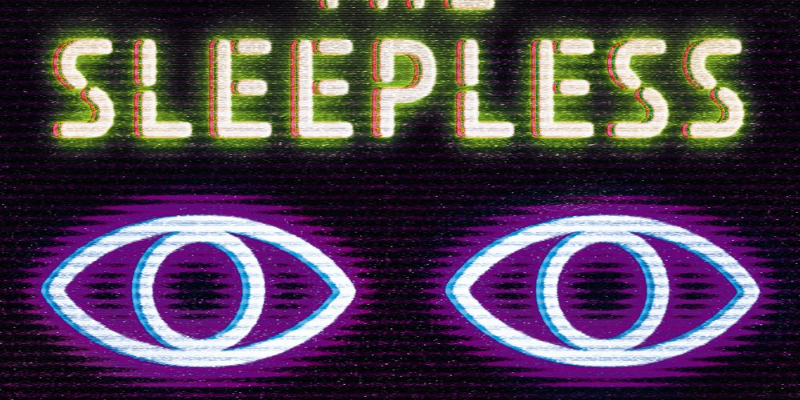 In a near-future New York City where a minority of the population has lost the need for sleep, Jamie Vega fights to uncover the truth behind his boss’s murder while his own Sleeplessness spirals out of control.

More than a mystery, through the lens of a world shifted to accommodate those who no longer sleep, Victor Manibo’s debut novel, The Sleepless,  explores the changes to relationships – personal, social, work – and how technology intertwines.

“We have all of these devices that help us,” says Manibo “but to what extent do they help us? Is this help necessarily and beneficial in the long term or on a grand scale? Aside from that, I also wanted to explore how technology is part of a capitalistic framework. What happens when it’s controlled by a corporate interest? And what happens when it’s controlled specifically by individuals who do not have the common good in mind?”

Brenda Noiseux:  I’ve been thinking about this book, is it a thriller? Is it a mystery?

Victor Manibo: I really wanted to have both the genres kind of strongly represented in this book. I grew up reading a lot of mysteries and I love the puzzle aspect of the mystery. But I also like the kind of more exciting, faster paced action of a thriller, and especially like a lot of sci-fi movies that I grew up watching and books that I grew up reading did have that kind of quicker pace.

BN: The idea of The Sleepless almost felt like a different take on immortality, not in the way that we tend to think about it, like vampires and living forever.

VM: It’s kind of a way to grasp at immortality. It’s a way of staving off death for a little bit longer. When you’re sleepless, you do get extra time during, either physical or even probably a mental peak of your life. You probably aren’t living until you’re 150 or 200, but you effectively have a third of your life extended.

BN: There was a moment where I’m like, “Oh, we’re going full unreliable narrator”, but then I turn the page and you’ve addressed it head on.

VM: I love stories with unreliable narrators, but it’s also something that I personally have consumed a lot of, and so I know a lot of readers have also consumed stories and mysteries, where you can never quite trust your narrator. Oh, are they actually the killer? Who knows? But that’s something that I think a lot of people have read. And I’m like, okay, well, I could go that way, but also I could just deal with this head on and try something else.

BN: I love the cover art. It’s striking. It was done by Dana Li and it was one of the reasons I was drawn to the book.

VM: Dana Li did an excellent job. And you know, you can’t see it right now, but I have a neon sign inspired by this book cover that are just like the eyes. I had that custom made because I’m just so in love with this cover.

BN: Did you have any sleepless nights while you were doing this thought experiment? Was it keeping you awake at night that you had to get it out of your brain?

VM: No, but the funny thing is, the sleepless nights came after I wrote the book, when, you know, I had to revise it.

Victor Manibo is a speculative fiction writer living in New York City, and his writing is influenced by his experiences as an immigration and civil rights lawyer. As a queer immigrant and a person of color, he also writes about the lives of people with these identities.

Playwright Jeanne Sakata and Attorneys from the Korematsu v. United States Case Discuss For Us All 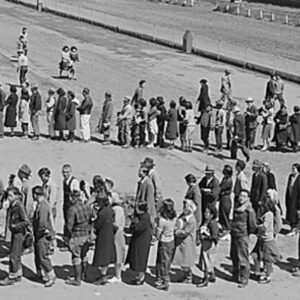 Playwright Jeanne Sakata and Attorneys from the Korematsu v. United States Case Discuss For Us All

Audiobook Break is proud to present the Japanese American Civil Liberties Collection from LA Theatre Works. In our season’s...
© LitHub
Back to top