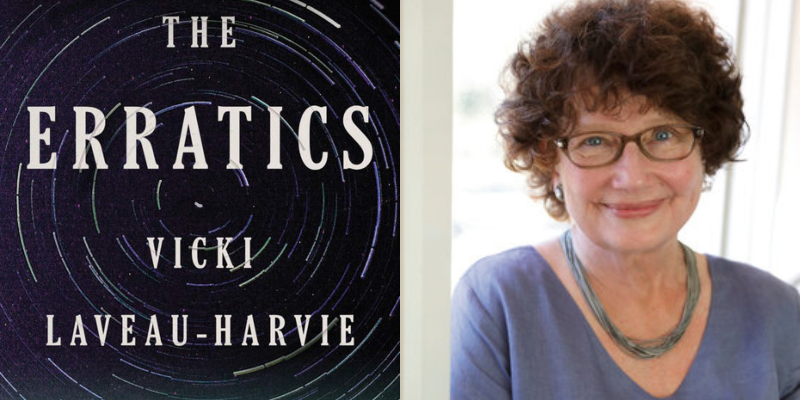 This week on Reading Women, Kendra talks to Vicki Laveau-Harvie about her new memoir, The Erratics, out now from Knopf.

Kendra: I wanted to ask you about writing this as a memoir. You’ve mentioned in other interviews how your life was just a certain way, where you and your sister would sit and laugh. And you just can’t make this stuff up.

Vicki: Which is why I didn’t write a novel.

Kendra: Well, that’s what I wanted to ask you. What about the memoir form do you think lent to how this story was told?

Vicki: You know, I did not make a conscious choice to write a memoir. But as I said earlier, I’d always wanted to write about my family because our families are what, to a great extent, make us who we are. And we may be more or less successful in modifying various things as we’re older. However, in earlier times, when I began to be interested in memoir twenty years before I wrote The Erratics, I found that I was swamped with material. There was way too much information, and I could see no way to get a handle on it.

When I was going [to Alberta] with my sister, we would go to my parents’ property where my father was, and we would endeavor to keep sorting things out because there was a lot of sorting to do, things to unwind. But I realized that I was looking at my parents’ lives—at that point in time, after mother broke her hip—I was looking at my parents’ lives as an almost completed story, because they were in their mid-nineties at the beginning. And it meant that any huge changes had happened already. I could see really very clearly in the condition of my father, for example, when we first got there, the ravages of this mental condition that had shaped so much of what our family life had been. And I could see there was a possibility of writing some of the things about my family, which I did want to try and unwind in writing. Using this six-year framework, I could bring in some of the past and still tell what was often a hilarious story about things that happened to us, as we tried to make some sense and put some meaning into the daily lives of these two people.

So I think I sat down to write that because there were incidences where, as you say, my sister and I would laugh. We would laugh for a long time, and we’d end up crying almost every time, because this situation managed to be often ludicrous and tragic at the same time. And I like that. I mean, I’ve often told the story of the title of the book, which was just being on a country road near Okotoks, which is near where my parents’ property was, and seeing a sign pointing to this enormous rock which was deposited by a glacier many, many centuries ago. And it said, “Visit the Okotoks Erratic.” And I was thinking, “Oh, my gosh, that’s exactly what I’m doing.” When you’re a writer, you’re kind of superstitious in spite of yourself, and you kind of believe in signs. And I thought, “Okay, there’s the title.”

But I didn’t really set out to write memoir. I didn’t actually set out to write a book because that’s not been what I did for a living. It’s been something that was my pleasure for myself. What I love is sitting in front of a blank page, and I write with a pen and paper because I figure my brain is attached to my pen that way. And if I write on the screen, I write much too fast, and I feel like I’m skating across the surface. I much prefer to write on a page. Then when I have something, I put it on the screen.

Vicki Laveau-Harvie was born in Canada but lived for many years in France before settling in Australia. In France she worked as a translator and a business editor, despite being a specialist in 18th-century French literature. In Sydney she lectured in French Studies at Macquarie University. After retiring, she taught ethics in a primary school. The Erratics won the 2018 Finch Memoir Prize and was the winner of the 2019 Stella Prize. She has also won prizes for short fiction and poetry.

The Lions of Fifth Avenue by Fiona Davis, Read by Erin Bennett and Lisa Flanagan 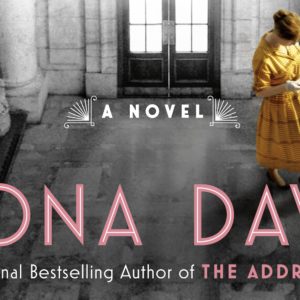 The Lions of Fifth Avenue by Fiona Davis, Read by Erin Bennett and Lisa Flanagan