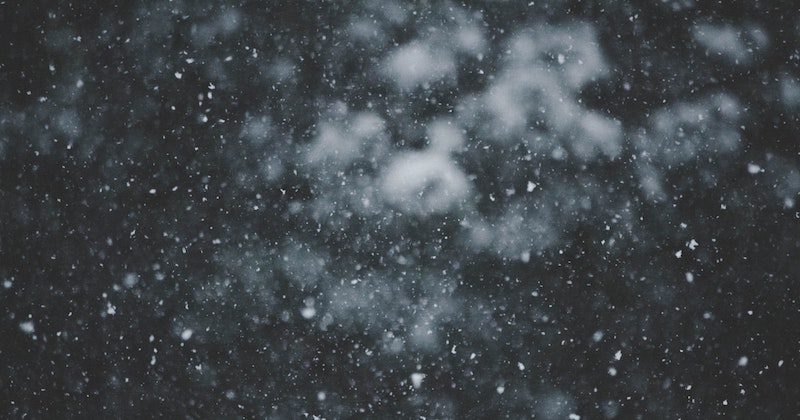 A Poem by Sydney Lea

He beholds a ragged windrow of snow,
dull remnant, and wonders if drink or dope
might not kiss him and make him better.
The writer knows they wouldn’t, couldn’t,
or hopes he knows it, hopes he’ll recall
the gloom and sometimes utter madness
he left in his wake, for him and all.
The windrow is dun, tarnished by duff.
He sits benumbed at midday, no matter
that in this place, far north, at last
the hillsides’ modest display has come,
primed to explode once April is over

into all the hues that neither he
nor anyone else will ever depict.
That palette will always defy mere words.
He hears two men—Bill Frisell, Jim Hall—
whose guitars play “I’ll Remember April.”
Yes, he concludes, to speak is encroachment,
while the music sounds eloquent, masterful.
But even if power of speech sufficed,
Who would care, he wonders, and why?
The writer knows he must marshal patience,
mindful that something always comes.
Or better perhaps, nothing does. Yesterday,

those same musicians half-broke his heart,
but uncannily—though of course familiar,
he thinks, to any lover of art—
at the same time that they reassured.
What’s wrong today? he asks this noon,
as if the question were something new
and an answer something he’d find on his own.
He has used old useless tricks, compiled
a list of people, for one example,
he ought to be thankful for. It was easy
to make it lengthy. Yet here he perches,
jaw set, prepared for life to crumble,

to go to pieces, as in fact it hasn’t
for decades now. (Beyond the music,
he hears glass breaking; voices blare.)
He feels such an urge to make things mean,
including his mood. He’s had that longing,
drunk or sober, all his life.
Outside, ungainly flakes start falling
that seem to resemble mica or talc—
unsnowy stuff at least. They stipple
the field. The guitarists’ tune has stopped.
Volition will put each white dot out,
the way one might a row of candles,

erase the gray-brown drift of snow
he considered only instants ago,
abolish the few inchoate leaves,
and make that raven with a twig in its bill
dissolve in sky, as it does. Or rather,
his God, or call It what you will,
can darken every light until
what he conceives as his spirit breaks,
as it did so often years ago,
and then, thank God, it broke forever—
or so in his addledness he fancied.
It was there that his life could start all over.

Stay broken, he mutters. Life can start over. 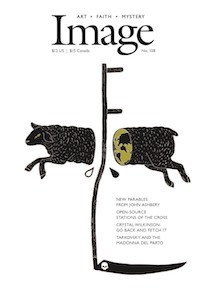 “Via Negativa” by Sydney Lea, reprinted with the permission of Image Journal. Copyright © 2021 by Sydney Lea.

Sydney Lea is former Vermont poet laureate and founder of New England Review. His most recent books are a thirteenth collection, Here (Four Way), and a graphic mock-epic, The Exquisite Triumph of Wormboy (Able Muse).
Share:

The Night Gate by Peter May, Read by Peter Forbes 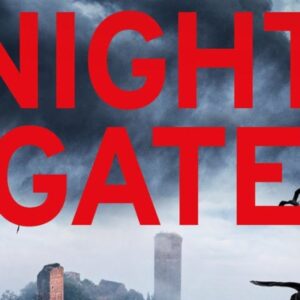 The Night Gate by Peter May, Read by Peter Forbes Every Monday through Friday, AudioFile’s editors recommend the best in audiobook listening. We keep our daily episodes...
© LitHub
Back to top
Loading Comments...