Vendela Vida on the Vocabulary of Stranger Danger

This week on The Maris Review, Vendela Vida joins Maris Kreizman to discuss her latest novel, We Run the Tides, out now from Ecco.

This interview was done in collaboration with the Miami Book Fair, which took place on November 14-21, 2021. See the full lineup here to watch the restreams.

*
On how sexual advancement gets circulated:

VV: There was a lot of stranger danger. When we were younger there was a lot more going to friends’ houses on your own. You were taught very early on to watch out for strangers. And that coincides with a time, when you go to an all-girls school like they do in this novel, when you’re excited about meeting boys you don’t know. You’re excited to meet younger strangers. There’s just a threshold where over a certain age they’re no longer interesting strangers, they’re stranger danger.

We didn’t have a lot of vocabulary to talk about a lot of the things when we were growing up they way that teenagers do now. There’s a scene in the book where one of the characters is sexually molested by an older boy but she never mentions it, and that was a deliberate choice that I made. That she wouldn’t talk to anyone about it because I thought that was true to the era, that she wouldn’t even have the vocabulary to know what had happened to her. And also because at that age sex is kind of passed along, like if one of your friends is sexually active, that’s passed along like a secret. I wanted an atmosphere of secrets and rumors being passed around and circulated. In the same way that those things can be circulated, so can sexual advancement or even a hairstyle. It cracks me up when I think back on how someone in school would go to LA and get an asymmetrical haircut and then the next week someone else would have an asymmetrical haircut. It kind of got passed around.

MK: I googled and found a Business Insider piece about Sea Cliff (where the majority of the book is set) now. It mentions real estate deals and shows photos and it is very clear that the people you’ve written about could no longer afford to live there.

VV: That’s the irony of a lot of places but San Francisco in particular, that one can’t afford to live in the house they grew up in, or even the neighborhood they grew up in. I know a couple of people who still live in their childhood homes, maybe, but it’s very rare. It’s a different world now with Silicon Valley and the extraordinary wealth coming in that there are different neighborhoods where everyone who lives there is in finance or in tech.

Vendela Vida is the award-winning author of six books, including Let the Northern Lights Erase Your Name and The Diver’s Clothes Lie Empty. She is a founding editor of The Believer and coeditor of The Believer Book of Writers Talking to Writers and Confidence, or the Appearance of Confidence, a collection of interviews with musicians. She was a founding board member of 826 Valencia, the San Francisco writing center for youth, and lives in the Bay Area with her family. Her new novel, We Run the Tides, is a national bestseller. 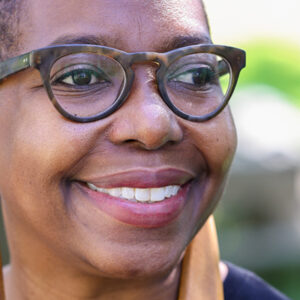