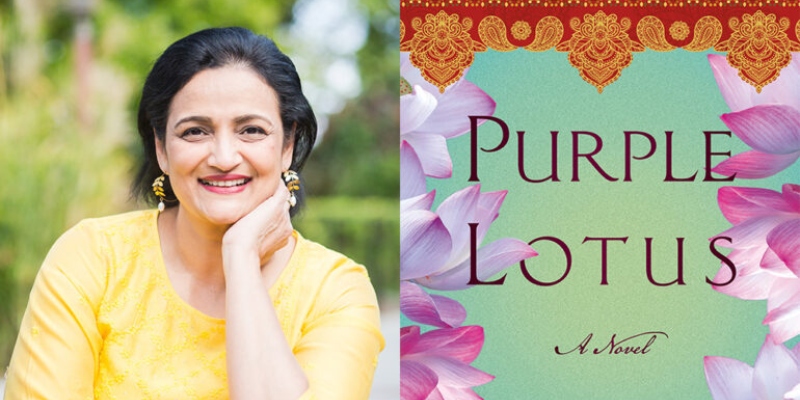 Nearing thirty in Mangalore, India, Tara is already past the optimal age for women, and her father refuses to pay a dowry, so she has to wait for someone willing to forego it. Finally her parents find someone willing to marry her. After the elaborate marriage ceremonies, her new husband flies back to Atlanta, leaving her to be torn apart by the community’s disapproval. When three years later, he finally sends her a ticket to join him, her husband turns out to be dismissive, patronizing, and then abusive. But leaving a husband is not accepted in the closed Indian community in which Tara was raised. How much abuse can she endure?

Purple Lotus is a novel about culture, patriarchy, mental illness, and a woman who overcomes an ingrained lack of self-worth after being psychologically and physically abused by a husband she barely knows.

G.P. Gottlieb: How did this book come about?

Veena Rao: Well, like my protagonist, Tara, I come from a patriarchal culture, and I have experienced firsthand how patriarchy can affect interpersonal relationships and also just the way you view yourself. So it was very important for me to write about a woman who is broken, fearful, who is conditioned to believe she is weak, like she has no control over her life, because at some point I was this woman. My own life’s journey, especially in the past two decades, as an immigrant in the American South, has been a journey towards self-awareness, where I had to learn to overcome my own fears and vulnerabilities and embrace myself, weaknesses and all. So this is something I wanted to explore in my novel.

And I also wanted to explore what abuse would do to a woman who already has a weak sense of self, who already struggles with deep-rooted abandonment fears. How would she find the courage to break free, to gently rebuild her life, and to find lasting happiness?

Veena Rao is an award-winning journalist and author. Purple Lotus (She Writes Press, 2020), her recently released debut novel, is the winner of the She Writes Press and SparkPress Toward Equality in Publishing (STEP) contest. She is the founder, publisher, and editor-in-chief of NRI Pulse, an Atlanta-based news publication. She has been recognized by The Limca Book of Records (the Indian version of the Guinness Book of Records) as the first Indian woman to edit and publish a newspaper outside India. When she is not writing or meeting press deadlines, you will find her meditating or photographing the flora and fauna on her wooded walk route.

Carol Edgarian: ‘Every Book, You Have to Woo Your
Readers Again’

The Four Winds by Kristin Hannah, Read by Julia Whelan 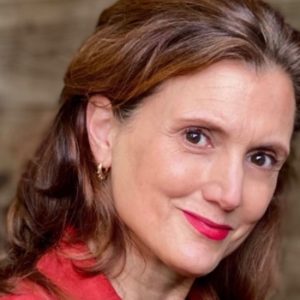 Carol Edgarian: ‘Every Book, You Have to Woo Your
Readers Again’

On today's episode of The Literary Life, Mitchell Kaplan talks to Carol Edgarian about her new novel, Vera, out now from...
© LitHub
Back to top