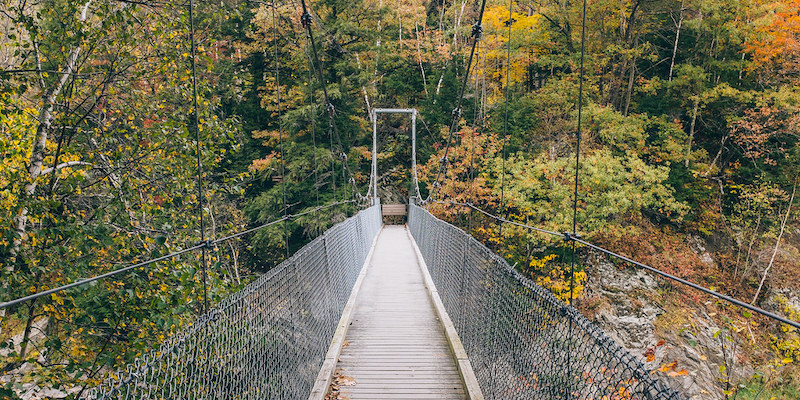 In January 2009, during my first year of graduate school, I was on a train with my father and his wife, Rose, in Peru — I think we were on our way to or from Machu Picchu — when he started teasing me about writing only short stories; I was trying to finish a collection of them. “No one reads short stories these days,” he said. “Why don’t you write a novel?” And I said, “Okay, Dad. Give me an idea, then.”

He did — a good one — and I started the novel that summer. That fall, I responded to a friend’s email about what I’d been up to with this: “I just finished the first draft of my short-story collection, and I’m starting a novel that is a fake biography of a tech ceo and is also set largely in India. I got an agent this summer, and if things go according to plan, we might start trying to sell the collection and the novel together fairly soon.” This would happen, I predicted, within the next 18 months.

Things that happened within the following 18 months: I got engaged; finished graduate school; went back to my full-time job as a reporter, from which I’d taken a leave of absence to attend graduate school; had a wedding. Things that did not happen: a book sale, or even a book-sale attempt. But I did keep writing, throughout those 18 months — evenings, weekends, two-week writing residencies here and there. And then the 18 months were up, and I kept writing some more. All in all, from the time of that train ride to the publication date, I would spend 13 years on the novel. It became an endurance game.

Like a long-distance runner, I collected endurance strategies. I had begun writing the novel at a time when I could devote hours each day to it; now, back at work full time, I realized I needed to snatch writing time for myself wherever I could get it. At one point, my friend Conor Dougherty, the journalist, told me that he sometimes writes a couple of sentences at a time on his phone during his commute, so I started doing the same. I’d heard that some writers end their writing day mid-sentence so that they have something calling them back the next day; I tried that, as well. There were periods when I wrote daily, no matter what else was going on, just to stay connected to the material. But then entire months would go by when I didn’t open the novel at all; when I returned to it, I’d feel shy and awkward, like I was seeing an old friend with whom I’d lost touch.

In the end, I hadn’t finished the novel so much as I’d just relented.

The first time I’d shown part of the novel to anyone had been in a graduate-school novel workshop led by the writer Elizabeth McCracken, where I’d shared the first 80 pages of my first draft. In a letter Elizabeth sent me about those pages, she wrote, “Write, write, write. Then write some more.” Now I read and re-read that letter. Maybe Elizabeth gave that same advice to everyone; she probably did. But I read it as a personal exhortation, addressed to me and me alone. Write, write, write.

It was in 2014 that — pregnant and in a prepartum panic — I raced to finish a draft that I could present to my agent. When I sent it to her, she fired me; my recollection of that conversation, which can’t be entirely accurate, is that she said it wasn’t only not good enough, but that it was so far from being good enough that she couldn’t help me fix it. The pregnancy progressed. I got a new agent, a better and kinder one. She gave me notes in early 2015; I made her estimate how long she thought it’d take me to address them, and, under duress, she guessed six months.

Things that happened within the following six months: I had a child; I kept the child alive. Things that did not happen: everything else.

But soon enough, the child was in daycare, and then, I did keep writing. I was freelancing, and sometimes, between assignments, I wrote for a whole day straight: four, five, six hours. Sometimes I didn’t. When you work on a novel for as long as I did, there are entire years of this book’s life in which it is dormant, ignored. I thought of it sometimes the way we think of beloved old friends and relatives we need to call, half-longing, half-resentful. But then, at least that meant I still thought of it as alive. At least that meant I still loved it.

The question of what was taking so long had a simple answer and a more complicated one. The simple answer is that I didn’t have enough time. The more complicated one — in retrospect, and in retrospect only — has to do with that life the novel had, the love I had for it. On some level I wanted to keep spending time with it, finding its unexplored corners, tunneling into its wormholes. I didn’t want to let it go. It was mine. I realized this about myself late in the book process, when I was sent post-editing page proofs to approve, and I scribbled so much new material into the margins (new character details, entire paragraphs moved from one chapter to the next) that my editor was asked to hold an intervention.

When my copies of my novel arrived in the mail, not long ago, I opened them with a sense of dread that surprised me. I’d thought finishing the book — officially, finally — would be a relief. But then, I’d never stopped writing the book in my mind. I’d never stopped finding new problems that needed solving. I’d only stopped having permission to solve them. In the end, I hadn’t finished the novel so much as I’d just relented.

Years ago, when I was in college, at Stanford — and starting to figure out that I wanted to be a writer — some friends and I got to take a creative-writing class with the writer Tobias Wolff, who had taught for years at Stanford and, before that, at Syracuse (where George Saunders was his student). Toward the end of the quarter, he did a kind of Q&A session, and I asked him what differentiated the writers he’d worked with who had gone on to publish books from those who hadn’t. His answer struck me, at the time, as completely unsatisfying: the ones who published books, he said, were the ones who just kept working on it, long after everyone else had given up. Write, write, write. There’s not much magic to it, but, eventually, it works. 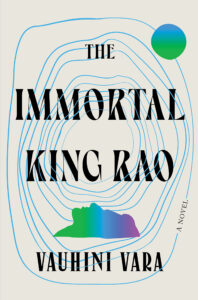 Vauhini Vara is the author of The Immortal King Rao. She has written and edited for the New Yorker, The Atlantic, and The New York Times Magazine. Her writing has been honored by the Rona Jaffe Foundation, the O. Henry Prize, and the Canada Council for the Arts, and has been anthologized in Best American Essays. 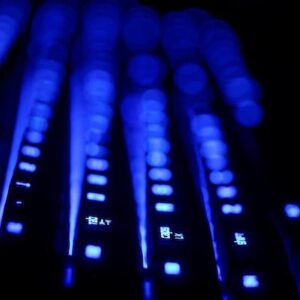 Too many people—and as I found out the first time I was trolled, even some close to me—doubt the severity of online abuse....
© LitHub
Back to top
Loading Comments...