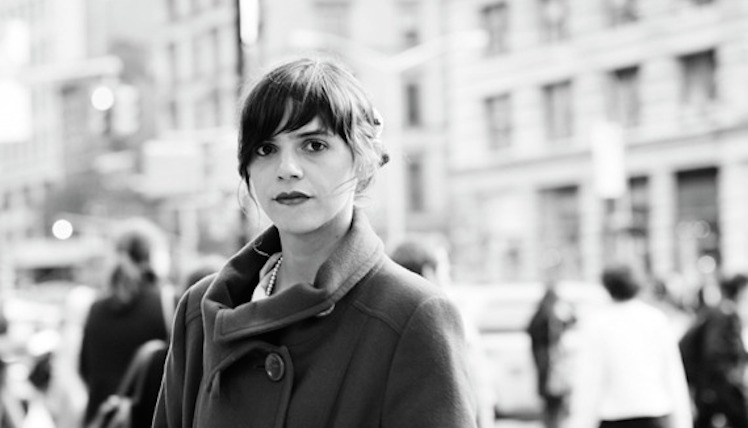 Valeria Luiselli: “A Writer is a Social Climber.”

On Virginia Woolf and Refusing to Tell Jokes in Public

Valeria Luiselli is the author of an essay collection (Sidewalks), a novel (Faces in the Crowd), and has a novel forthcoming in September, 2015 (The Story of My Teeth). Ted Hodgkinson spoke with her at this year’s London Book Fair.

Words arranged in the right order produce an afterglow. (When you read something beautiful, or something poignant, a powerful but fleeting emotion ensues. Then comes a need to possess that beautiful thing, and to hold on to that emotion. You reread, underline, and maybe copy down the line that produced that sudden rapture. And then it’s all gone.) Retracing my steps as a reader when I write is a way recovering and extending the afterglow.

I don’t divide my friendships into continental categories. I don’t think: Today I’ll have lunch with my European friend, and tomorrow I will invite my Asian friend to the park. It would be silly of me to think of the authors I read in those terms. End of topic. One of my favorite titles is La máquina de pensar en Gladys—a book of short stories by the luminous Mario Levrero. A literal—and maybe poor—translation of that title would be The Machine for Thinking About Gladys. My books are like machines for thinking about other books. (Perhaps a bit like how Le Corbusier thought that his houses were “machines for living in.”) I therefore prefer to think of my books, and not myself, as machines that create their own tradition. Each one of my books is in conversation with many other books—and the particular constellation of books with which one book engages simply depends on the subject matters I am dealing with.

I like your choice of the word “reframe” here. In one level, this novel is a kind of treatise on names: their particular weight, their private mass, given a specific context or frame. It’s a conscious exercise in namedropping, in the sense that I drop names on the narrative “tissue” of the novel and observe how those names create a gravitational pull around them. Like tennis balls falling on a large piece of cloth. It’s obviously not the same to write “Peter, who was born with sideburns, walked into the barber” as it is to write “Charles Dickens, who was born with sideburns, walked into the barber.” I guess it’s a bit like a schoolboy’s demonstration of basic Newtonian physics—applied to literary cult and culture!

Yes, in the sense that “variable value” of an object is contingent upon a given context, as well as tightly linked to the signature that signs it, right? But I was also interested in the inverse procedure: how objects lose value when removed from their temperature-controlled environment. What happens when you take a name out of the literary pantheon and throw it into an everyday context?

I am interested in the little things that writers hide about themselves. But it’s not something that I explore directly in the novel. I wish I had. I do, however, want to write an essay about writers, teeth, and class-aspirations. It would start with the image of Comte Robert de Montesquiou-Fezensac, the forgettable poet, the aesthete, the snob, the dilettante, the royalist dandy, and also the hippest man in turn-of-the-century Paris—who had very bad teeth. They were far too small and rather black. He was in the habit of hiding them behind his hand, clapping his palm against his splendid, outward reaching mustache, whenever he erupted into laughter. Proust, who in turn was in the habit of emulating the count’s mannerisms, was known to reproduce exactly the same gesture when he laughed, even though his own teeth were apparently very white and well aligned. A writer is always a social climber, of one type or the other. And good social climber, like a good poker player, will never show his or her teeth unless the deck is infallible—but it never is.

Yes, I was interested in exploring the public persona of the writer—the writer as a kind of public clown, who is forever strutting and fretting his lines until they become threadbare and empty. Which is, of course, the worst nightmare a writer could have: uttering only empty words.

I have never told a joke in public. I will stay with your description: “metaphysical farce.”

You are absolutely right in pointing out this difference. The shift in narrative style, I would say, is tied to the process of writing this particular novel, which, as you know, was originally written in installments for workers in a juice factory, and read out loud by them. Their readings were recorded and sent to me in an audio file, which I listened to before writing the next installment. Hearing the novel as I was writing it had a profound influence on the tone and cadence of the writing. It is a novel written for ears, rather than eyes. The burlesque nature of the narrative, on the other hand, perhaps comes from the fact that I was writing under the influence of Daniil Kharms as much as I was writing under the influence of the factory workers. Kharms, on one side, and the workers, on the other, have an utterly healthy disregard for literary heights. They could not care less. This was very liberating for me.

I guess it can be compared to the experience of working with a troupe of actors, waiting to be given lines, and ready to throw them back, transformed and alive. It was a beautiful, exhilarating process to witness and be part of.

Baroque writing, as I understand it in the Spanish tradition at least, is about all about conceit. It’s also about bringing Latin syntax back, about polysemy and elaborate conceptual density. The Baroque writers I adore—Quevedo, Gracian, Góngora—I would never even aspire to imitate.

I don’t speak flawless anything, so I write.

I write in and about the places I inhabit. I am more prone to recording daily life than to inventing it from scratch. I am a compulsive recorder.

Woolf, as is Juan Rulfo in Spanish, is a master of simultaneity. They are able to break the laws of time and space completely, and seamlessly. I have always tried to copy that from them and have always failed. One of my favorite moments of this type of simultaneity is from Mrs. Dalloway. An airplane appears in the sky when, in Regent’s Park, an elderly woman is observing a younger woman. The narrator enters this elderly woman’s mind as she thinks about the younger one, taking note of her gestures and demeanor, until the airplane interrupts her thoughts—and the reader can almost see the airplane gliding across the page, its trajectory punctuated by an “it” sprinkled here and there. The woman’s thoughts then venture elsewhere, the narrator leaves her mind, follows the airplane up on the sky. Then, suddenly, the narrator, after just a semi colon, is no longer looking at the airplane, but at London from the airplane, and at the countryside beyond London, where there is a forest, where there is a snail. And Woolf continues in this way, weaving a kind of ultimate tapestry of landscape and human thought, intertwined. The final part of the scene is just astonishing:

Away and away aeroplane shot, till it was nothing but a bright spark; an aspiration; a concentration; a symbol (so it seemed to Mr. Bentley, vigorously rolling his strip of turf at Greenwich) of man’s soul; of his determination, thought Mr. Bentley, sweeping round cedar tree, to get outside his body, beyond his house, by means of thought, Einstein, speculation, mathematics, Mendelian theory—away aeroplane shot.

I am terribly promiscuous—with my ghosts.

Any writer who does not show his or her teeth when they smile.

Ted Hodgkinson is a literature advisor at the British Council, a former online editor at Granta, and a frequent contributor to the Times Literary Supplement and the Literary Review.

Oscar Wilde Was Gay, and Other Revelations 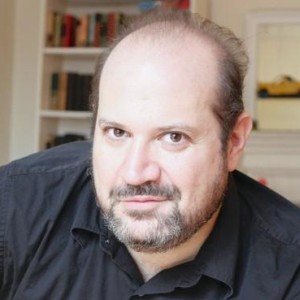 Oscar Wilde Was Gay, and Other Revelations

Name a childhood hero. Perseus. Name a work you wish you’d written. The Man Without Qualities, Volume 1. If you had to order...
© LitHub
Back to top