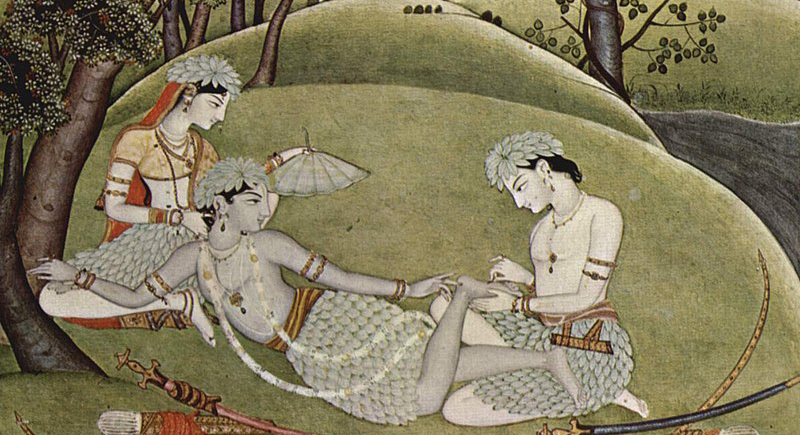 Vaishnavi Patel on the Surprising Evidence of Feminism in the Ramayana

What is it like to create a modern, feminist retelling of an ancient, foundational text? Vaishnavi Patel—author of the instant New York Times bestselling novel Kaikeyi, a reimagining of the Hindu epic the Ramayana—paints a vivid picture in this episode of Book Dreams. Vaishnavi’s novel “tells the story of the evil stepmother character [Kaikeyi], who sets off the whole epic by exiling Rama, and then just sort of disappears. [The novel] asks, What if she had reasons for doing what she did? What if the story was a little bit different and we can understand her actions rather than them just being spur-of-the-moment jealousy, which is what we get in the Ramayana?”

In this conversation with Eve and Julie, Vaishnavi relates why she became fascinated by Kaikeyi’s story; how her research led her to surprising evidence of feminism in the Ramayana source material; how she’s handled backlash from people who “believe in some sort of Hindu supremacy” and who deem her novel a threat; and why the novel in fact strengthened her relationship with Hinduism, as well as the connection of some of her readers to their Hindu faith.

Julie Sternberg: Religious and cultural texts, like the Ramayana and the Bible, for example, just an almost immeasurable societal power. They shape societal mores, and therefore individual thinking, in ways that we don’t even always register. Writing a book like Kaikeyi, you’re taking the reins on that force and you’re trying to steer it a bit. What is that like?

Vaishnavi Patel: It’s been a process. So when I first sat down to write this, I was sort of like, “This is my story. I grew up with it, I’ve done the research. I’m just gonna write it.” And I think it was really good for me that the first draft I wrote, I wasn’t thinking about potential reception. It was only after I wrote it. And, you know, I told my mom, and she was like, “Oh. People are really not gonna be happy about that one.” And then my editor, who is also a South Asian woman, was also like, “I fully support this book and we also have to be careful.”

I don’t feel like any element of the actual story has been changed because of the knowledge that it’s a very powerful cultural story that means a lot to a lot of people. But it has changed … the marketing and the conversations that have come out of it.

I like that you brought up Christianity because we see a lot of critique of people who try to claim an alternate version of, say, Jesus’s life than what the more conservative mainstream version wants it to be. And I’d say that’s a very similar response to how any alternate versions of the character of Rama get reception. Just because I think across the world we’re seeing a rise of religious nationalism. I think navigating that has been tricky. There’s a fine line between people who disagree with you because they just have a different religious take, and that’s totally okay, and people who disagree with you because they believe in some sort of Hindu supremacy and they feel like you’re a threat to that, and that’s not okay.

Vaishnavi Patel: I don’t really have an answer about how I’m navigating it because it changes every day. You could ask me a week from now and I might have a completely different answer, but right now, my answer is that I speak up when I feel like I should, like if people genuinely want to talk about it and talk about why I would change the myth this way. But most of the time, I’m just not participating in these conversations. I’m letting other people have them.

Vaishnavi Patel is an attorney focusing on constitutional law and civil rights and the author of the New York Times bestselling novel Kaikeyi. She writes at the intersection of Indian myth, feminism, and anti-colonialism.

Making Something Special of Solitude: Baek Sehee on Falling Through Life’s Cracks 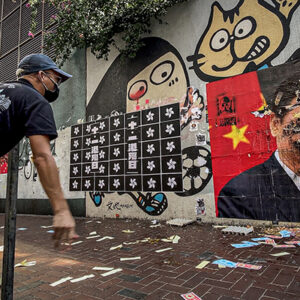