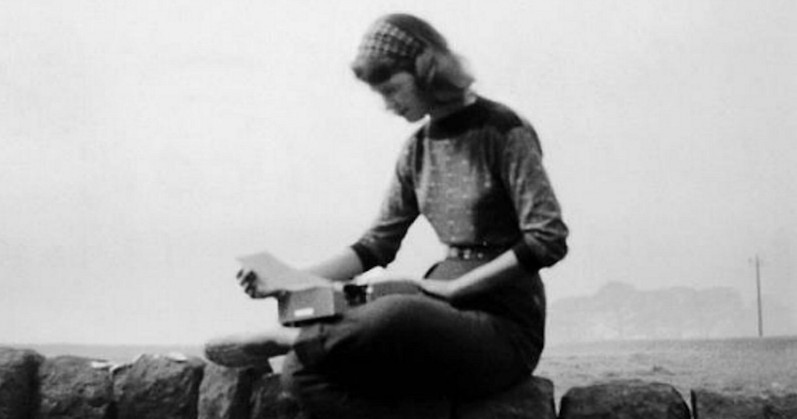 Carl Rollyson on Researching For His Two New Biographies

William Faulkner and Sylvia Plath have been meticulously scrutinized in more than a dozen biographies. It might seem like a daunting, or perhaps even a redundant effort to research and write another one. But as Matthew Bruccoli said in justification of his F. Scott Fitzgerald biography: “more facts.” Biography is never definitive because the evidence grows, develops, and is transformed over time as different biographers deal with the same subject. My own understanding of the subject changes, too, or is amplified.

I knew there was more to say about Plath’s last days. Then came the big break. Harriet Rosenstein, one of Plath’s first biographers, who never published her book, decided to sell what she had kept to herself: primary source material, including letters, relating to Plath’s much misunderstood therapist, Ruth Barnhouse. Smith College claimed the right to the Barnhouse letters, obtained them in a court case, and put them in Barnhouse’

s papers at Smith. I was the first biographer to go there and study Barnhouse’s account of Plath’s dramatic last days.

The Last Days of Sylvia Plath takes up where American Isis: The Life and Art of Sylvia Plath (2013) left off, explaining the history of Plath biographies and why it’s taken this long to adequately understand the circumstances of her death. Ted Hughes famously stood in the way of several biographers, including Rosenstein and two others who were so intimidated they held on to vital material that has only gradually been released to archives.

My book is as much about the challenges of writing a biography as about Plath herself. At Boston University, in the papers of novelist Susan Fromberg Schaeffer, I found correspondence that showed how information about Plath’s last days had been occluded by Ted and Olwyn Hughes, who rifled through her archive to publish only what benefited them.

A neglected archive also played a central role in my decision to write a biography of William Faulkner. I am the first biographer to make full use of the Carvel Collins archive at the Harry Ransom Center in Austin, Texas. Over 100 boxes, many of them containing interviews from 1948 onwards, present a more intimate view of the writer as a family man and lover than previous biographies acknowledged.

Collins died in 1992, never having written a word of his biography, so far as I’ve been able to ascertain. But over 42 years he seemed to talk to everyone—Faulkner, Faulkner’s mother and brothers, his friends and fellow screenwriters, even the hotel staff at the Algonquin, Faulkner’s favorite retreat in Manhattan, and Meta Carpenter, his Hollywood lover. Carpenter gave Collins graphic descriptions of Faulkner’s lovemaking, which I was able to corroborate by getting access to his pornographic drawings held by the Berg Collection at the New York Public Library.

A good deal can be said against interviews: Witnesses can distort the past, misremembering it, projecting their own agendas.

Indeed, it is what Faulkner did not say, particularly about his time in Hollywood, that drove my search for new material, resulting in the discovery at the Academy of Motion Picture Arts and Sciences of a Faulkner screenplay that no one had commented on before.

Biographer Paul Murray Kendall said that biography is also autobiography, and that is certainly the case in The Last Days of Sylvia Plath, which is more explicitly personal than my other biographies. I arrived in England just a few months after she died. I witnessed in London and Yorkshire many grey scenes of a nation still recovering from a war that shaped Plath’s troubling experiences as well. For me she is a living archive, a way of remembering my own past.

Part of what I mean by a living archive are the interviews I conducted for both the Plath and Faulkner biographies. A good deal can be said against interviews: Witnesses can distort the past, misremembering it, projecting their own agendas. Sometimes they include in their “recollections” things others have said, which have become part of a record that can no longer be verified.

But a biographer must be on guard against such distortions of fact and seek to check oral testimony against other documents. Meta Carpenter said William Faulkner was a wonderful, adventurous lover and his drawings of their lovemaking confirm her memories. She knew what she said would be challenged and that is why she consigned the drawings to the Berg Collection until the death of Faulkner’s daughter, Jill.

A similar convergence of archives, living and dead, occurred when I interviewed Al Alvarez about his relationship with Plath. His published accounts of their last meeting have Plath signaling her growing interest in Alvarez, who demurs because he is involved with another woman. But the Olwyn Hughes archive at the British Library includes her letter to Alvarez imploring him to, in effect, come clean. She does not explicitly say that Plath and Alvarez had some kind of sexual encounter, but she implies it, saying that in Plath’s last diary (which Ted Hughes said he destroyed) Plath was careful not to identify Alvarez. This suggests there was something to hide.

In the book, I recount my apprehensive walk to Alvarez’s Hampstead home, realizing I would have to press him about what really happened on his last night with Plath. Alvarez was a friendly sort, with none of the reserve I have sometimes encountered during my interviews for other biographies. He had resisted Olwyn’s exhortation to fess up, so why at this late date should he do so with me? The interview was marvelous, with Alvarez reading aloud from his journals about Plath, Olwyn, Ted, and his lover, Assia Wevill.

I then told him about my visit to the British Library to read through his archive and Olwyn’s. As mildly as I could manage, I explained how I had reacted to her letter to him, saying, “You see, if she could show some sort of affair between you and Sylvia, then that would let Ted off the hook. She had her lover. He had his.”

Dean Faulkner was an astute observer of her uncle and eventually met his lovers Meta Carpenter, Joan Williams, and Jean Stein.

I looked at Alvarez, resisting the urge to say more, to coax an answer, believing that would only stiffen his resistance. He looked at me and said—pleaded rather: “She was in love with me.” He would say no more, or would he have said more if his wife—the very woman he had been seeing when he saw Plath for the last time—had not entered the room at precisely that moment?

Nothing quite so dramatic occurred during my archival work on Faulkner, but there were memorable encounters. Joseph Blotner is the only Faulkner biographer to mention Kate Baker, a neighbor and one of Estelle’s close friends. To Blotner, Kate was a very minor character, and other biographers have eliminated her from their narratives. Kate owned a dress shop and helped at the weddings of Jill Faulkner and of Faulkner’s niece, Dean.

Kate was no longer alive when I began work on my biography, but her daughter Sandra graciously agreed to an interview in which she discounted Dean’s suspicions that Kate had an affair with Faulkner. Sandra could not believe that her mother would betray Estelle in that way. Why did Dean think otherwise? Because Kate’s trips to New York to acquire new fashions and study new trends sometimes coincided with Faulkner’s city sojourns. He loved fine clothes and had a heightened sense of fashion, shopping for shoes of a certain brand and style, and in general indulging in the sartorial, even as a young boy, and in a remarkable passage about neckties in one of his last novels, The Mansion (1959).

He would also call on Kate and they would ride horses together, something he had liked to do with women in Hollywood as well. But he observed the proprieties in Oxford, as Sandra told me. When he called on Kate in Oxford at her shop, he would wait outside and send in a note. Men, Sandra told me, would be reluctant to enter a dress shop. What does this all prove? Perhaps nothing, so far as an affair is concerned, but I do wonder.

Dean Faulkner was an astute observer of her uncle and eventually met his lovers Meta Carpenter, Joan Williams, and Jean Stein—all beautiful and accomplished women whom Dean loved for having taken care of her troubled uncle. Kate Baker fit into that distinguished company, and whatever the truth of her times with Faulkner, she became a vital part of my story, helping to make William Faulkner live again in my biography. 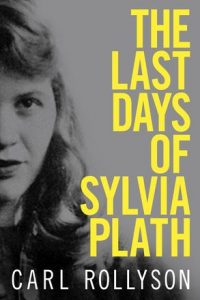 Carl Rollyson is professor emeritus of journalism at Baruch College, CUNY. He is author of many biographies, including The Last Days of Sylvia Plath; The Life of William Faulkner; American Isis: The Life and Art of Sylvia Plath; Amy Lowell Anew: A Biography; A Real American Character: The Life of Walter Brennan; Hollywood Enigma: Dana Andrews; and Marilyn Monroe: A Life of the Actress, Revised and Updated. He is also coauthor (with Lisa Paddock) of Susan Sontag: The Making of an Icon, Revised and Updated. 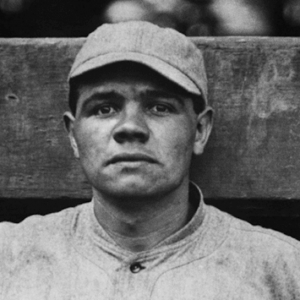 Forever restless, Babe Ruth had a serious case of cabin fever. After a dreary winter spent with his wife Helen at “Home...
© LitHub
Back to top
Loading Comments...