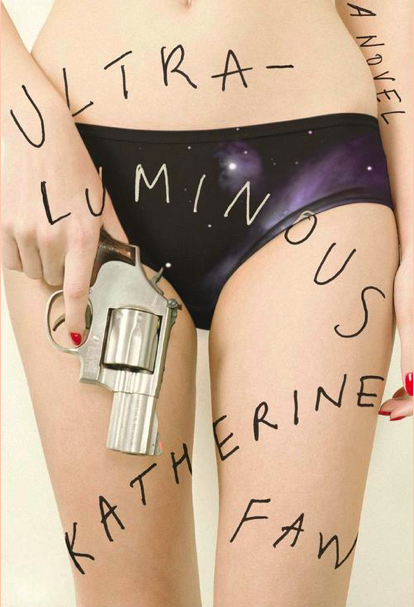 The following is from Katherine Faw’s novel, Ultraluminous. A high-end, girlfriend-experience prostitute has just returned to her native New York City after more than a decade abroad—in Dubai, with a man she recalls only as the Sheikh. Her debut novel, Young God, was long-listed for the Flaherty-Dunnan First Novel Prize and named a best book of the year by The Times Literary Supplement, The Houston Chronicle, BuzzFeed, and more. She lives in Brooklyn.

On Broadway and Twenty-Eighth I stand in the middle of a bike lane. I look at a bike coming at me. A woman rings her bell furiously. She has a basket on her bike. She’s wearing a helmet.

“Get out of the bike lane.”

The bell rings louder and louder and her eyes, nose, and lips pucker more and more toward the center of her face.

“Are you fucking deaf?” she says. She swerves. New York is different.

On the menu are all the stomachs of the cow, first through fourth. This guy orders the calf ’s brain special.

“Are you afraid you might die from lack of protein?”

“That’s what you want me to think.”

I hand the waiter the menu.

“I’ll have the tongue sampler,” I say.

After the waiter is gone the guy scowls at me.

“I should burn your hand.”

Set into the table between us is an electric grill.

I get off the L train and go into a bodega. The floor looks new. I examine it.

“So this is Brooklyn?”

“You don’t have to put down cardboard when it rains?”

They stunned me at first, the towers on the Williamsburg waterfront. They’re a growth of glass with crooked-looking balconies. This guy’s in one of them. On his balcony he has long-haired AstroTurf.

“It’s the closest you can get to real grass. It took me six months to find it.”

“Do you worry this balcony will fall off?”

I sit on the railing and lean back into Manhattan. The guy grabs a lawn chair like he’s catching me.

His kitchen is shiny chrome. He has a quartz island. This apartment looks like a show apartment. It’s like he doesn’t live here at all except for his coke. He puts his computer in front of me.

“Just hit the space bar to flip through.” “Is that you?”

“Yeah. That’s in Cuba. Before everybody could go there. That beard is real hair,” he says.

He’s also wearing the Castro cap. In the photo he’s fucking a Cuban girl from behind on a motel bed.

“You’re a photographer?” I say.

He’s a banker. I bend over to do a line. His lines are short and thin. “Political art is the worst,” I say.

His laugh is short, too.

I wander into this bar in the morning.

“Surprise me,” I say to the bartender.

On the bar he puts a plastic cup inset with a plastic shot glass. He pours cherry vodka in the center. He cracks a Red Bull and dumps it over the top.

It tastes like Robitussin. The others are watching me. I’m the only one in here who isn’t the color gray. I light a cigarette and look at the bartender.

“Am I breaking the law?”

“This is a cop bar,” the bartender says.

I slide my pack to him. He lights one for himself.

Every girl at the gym has a tattoo but very few have fake boobs. The girl beside me has a big circle on her back. In the middle it says today. It looks drawn by a child or mental patient. I wait until we both turn off our hair dryers.

“When you die everybody will know it’s you.”

I look at her back. In the locker room mirror she looks at us.

I collect my empty heroin bags. They are stamped, which is a thing I have missed. The stamp on this brick is lv. As in Louis Vuitton but without the checker pattern, just floating. There is a right way to do heroin and that is with a structure. I’m not supposed to be saving anything.

I left in Dubai a closet of beautiful dresses. They were every color and fabric. It gave me a shot of pleasure to open the door and see the seductive pattern they made out of chaos.

On Sixth Avenue I stop on the street to look at a dusty Polish fashion magazine from the 1990s. It is priced at two hundred thousand zlotys.

The man selling it looks up from under his hood and I see that his nose is grotesque in every way. It’s long, twisted, bulbous, and pitted. I suddenly feel like I’m not in America, where no one has a nose like this. I wait for what he’s going to say like he has a message for me.

“Here we have checks on hyperinflation,” I say.

“For you four dollars,” he says.

This guy wants to buy me something. We go to Barneys. I am disconcerted that no one offers me coffee and dates. Behind a rack of see-through shirts he sticks his hand up my skirt.

“Shopping makes you wet,” he says.

I try on a pair of red velvet and also gilded Mary Jane stiletto pumps that look like teacups. I turn a little circle in front of the foot mirror.

In the brushed metal of the elevator I am much taller than him now.

I forget this is my name.

I’m back in Brooklyn. I can look up and see the art guy’s apartment but I’m not with him. Under a pink tent with a top that appears blood-splattered a girl is selling anarchy-branded jam.

“Are you an anarchist?”

The girl looks at me from behind a table.

“Are the people who make this anarchists?”

“Anarchists wouldn’t do that,” she says.

I pick a spicy orange marmalade.

The tents are pitched on a slab of concrete that’s roped in. They all have aesthetic logos. The fumes from their gas stoves are nauseating. Everything looks clever and smells flammable. This guy is crouched at the end of a crowded picnic table. He has a fried fish sandwich dripping with coleslaw. He has what appears to be beer but is cold coffee.

“Tell me about yourself,” he says.

In Dubai that statement was a question: “Can I buy you?” I swallow a spoonful of jelly.

“You want some bread?”

He’s old enough. He was a junk-bond trader in the 1980s. I really look at him for a second, as much as I can because we’re both wearing sunglasses.

“Remember when eating was just a thing you did, not a thing?”

He shrugs. I stab the spoon in my jelly.

“Shit was twelve dollars,” I say.

I danced for one week in three freezing strip clubs. My one requirement to make a date was that he have a good job in finance. When a man grabbed the back of my arm I had to turn around and smile. It didn’t matter who smiled back. I move out of a hotel and into an apartment.

From Ultraluminous. Used with permission of MCD Books. Copyright © 2017 by Katherine Faw 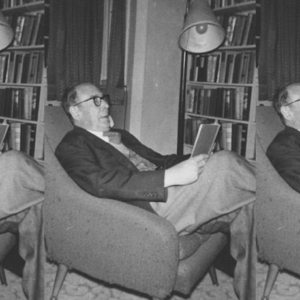