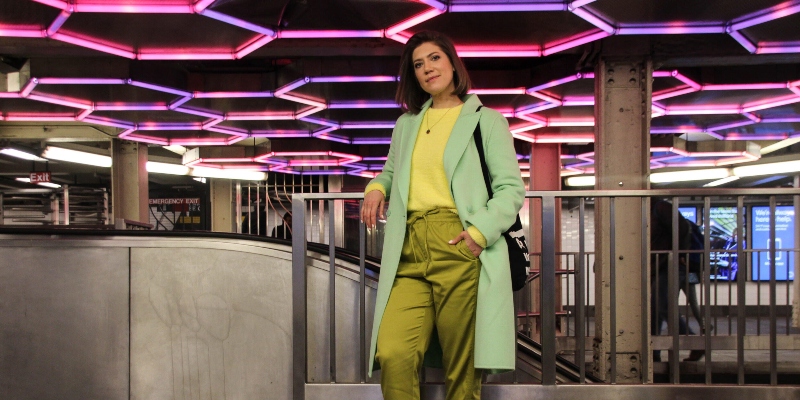 Deep beneath the asphalt streets of New York City lurks a breed of creature that’s haunted the subway’s subterranean labyrinth for over a century. No, it’s not sewer alligators or radioactive rats. Instead, we’re speaking of… bookworms. And documentarian Uli Beutter Cohen has been on the hunt to capture their travels.

In 2014, Uli founded the viral Instagram account Subway Book Review, which documents her conversations with subway riders about the books they’re reading. After spending nearly a decade exploring the literary landscape of the underground, Uli has learned, “Readers will tell you what’s coming in culture.” Now she’s compiled 170 of her favorite bibliophile encounters in her first book, Between the Lines: Stories from the Underground, which features conversations about books with notable authors like Ta-Nehisi Coates, Min Jin Lee, Roxane Gay, and more. In his debut episode as a guest host, Book Dreams producer Gianfranco Lentini sits down with Uli to discuss her experiences and to consider, what does it mean to belong in a city of 8 million people?

Uli: I’m a filmmaker by trade, and I owned a creative agency for six years. And upon coming to New York, I really wanted to find a space where my creative muse could come to me and I was not “stifled by clients’ needs.” So I thought, let’s find a space that is very iconic New York and that doesn’t change as quickly as some of the streets change above ground, and of course the underground came to mind immediately.

The underground is also in a broader sense where so many movements are birthed, where culture is spoken into existence. And just by that fact, the subway was an absolutely fascinating space to me. I decided to just spend a lot of time on it and to just ride it without any actual goal in mind and to just observe it as a documentarian and as a storyteller. And as soon as I started doing that something really beautiful happened, which is that I became very still and my mind and my heart became very open.

And when that happened, it struck me like lightning how many people were, of course, reading printed books on the subway. And I thought, these people who can dive into other people’s stories in the middle of rush hour, they probably have something interesting to say about life.

Uli Beutter Cohen is the creator of Subway Book Review, which has been featured on TV, in print, and online by New York Magazine, Esquire, Forbes Women, Glamour, Bustle, Vogue, The Guardian, Refinery 29, The Atlantic, BBC and more. Uli’s interview work and writing about human connection and belonging has been published by The Washington Post, Here Magazine, The Creative Independent, and HuffPost. Today, contributors to Subway Book Review are reporting from 20 cities around the world. 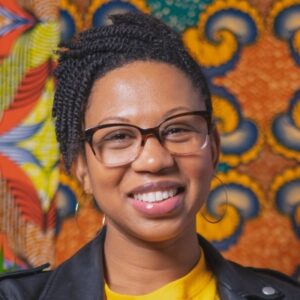 This week on The Maris Review, Glory Edim joins Maris Kreizman to discuss her new collection, On Girlhood: 15 Stories from...
© LitHub
Back to top