The searing invention of Don Mee Choi’s new poems, taken from her book Hardly War just out from Wave Books, is not anything readers are likely to ever forget. For those who have followed Choi’s career as poet and translator, it should come as little surprise. (Choi’s translation, for example, of the great Kim Hyesoon from Action Books in 2014, Sorrowtoothpaste Mirrorcream, is to my mind one of the very best poetry translations I have ever read.) In her own work, the legacy of the Korean War, of Choi’s father and family, of anti-Asian racism bubbles toxically to the forefront of these poems. It is work that embodies multiple perspectives. Often it is the nature of documentaries, whether in poetry or film, to posit pseudo-objectivity, a cold formalism of presumed neutrality. Wisely, Choi’s poems are the very antithesis of such “neutrality”—they fracture, itemize and explode. By daring to speak for the ruined landscape, for the weapons and machinery of modern warfare, for the binary thinking of empire, and finally for that of self, her formulations offer a realism much more haunting and human than the deadly dehumanization these poems confront. These works of testimony and witness reclaim agency by doing the unthinkable: a radical empathetic embrace of grief, trauma and historical oppression. And though such internalization of violence is frightening to behold, this is what I believe great poetry can do.

Father—Cyanide=
Let’s take a closer look at the most feared weapon used by the U.S. in the
Korean War, a gelling powder composed of naphthalene and palmitate
(hence napalm)
65% oleic acid + 30% coconut fatty acid + 5% naphthenic acid
necessitates most arguably necessary clinging burning
necessitates gasoline and stirring (hence gasstir)
which is to say South Korean laborers funnel napalm powder into gasoline tanks
Moisture is the greatest problem in mixing napalm
Reds dead without a mark on them (hence hardly)
Wooden warehouses and thatched-hut villages, common in Korea, were made
to order for firebombs, as were Japan’s wooden cities
(hence napalm) and (hence gasstir) and the respectable distance of the planes
maintains a gusto of ringspots
maintains bombenbrandschrumpfleichen
which is to say incendiary-bomb-shrunken-bodies
so the story of napalm is still being written in Korea
(hence napalm) + (hence gasstir)
double hence
Daughter—Cyanide=

I used to think that my father was a foreigner

I eventually became a foreigner

I no longer pretend to write in English

But I still pretend to be a foreigner – O rubbish!

Because that is what I am in English

Now I pretend to be a flower

Because I am not Eternal

Because I am not Ovary

Because I am not Anther

Because I am not Petal

Because I am not Beauty

I am a foreigner who writes in English

I write prescriptions for the injured and the sick

Certainly not a daisy!

Once upon a time, there was Ugly=Nation. It still is, mind you. The most violently mountainous place on earth is no longer. The mountains were reduced to hills as everything depends on bombers and perspective if you happen to be nothing at all. In other words, the mountains were mere hills from the perspective of Beauty=Nation, which is endlessly lofty and correct. And it just happens that correctness has a great deal to do with beauty in general. If I may add, correctness is unbeatable beauty, which is why it is revered amongst skin crisp like fried potato chips. And so strategically speaking, nothing really matters in regards to Ugly=Nation since its ugliness is so utterly unbearable that it might as well be scorched, stripped bare of pines and feathers, barren to its bones. Welcome to the meat grinder. Naturally, Ugly=Nation swam in a pool of DDT. A licey situation. A nation devoid of lice! Is that possible? Beauty=Nation is possible. Ugly=Nation eventually grew up to be somewhat beautiful, but that was only from the perspective of its own kind, a perspective devoid of respectable distance. Patted with DDT powder, those azalea-pink beaks, bloated bellies and stubby toes. Those utterlings. And they aren’t just Orientals, they are Communists.

“Ugly Nation”: “Like friend potato chips” is in reference to the effect of napalm bombs on human skin in The Korean War (2010), by Bruce Cumings.

“Welcome to the meat grinder” and “And they aren’t just Orientals, they are Communists” are from Pork Chop Hill (film, 1959).

What Borges Learned from Cervantes 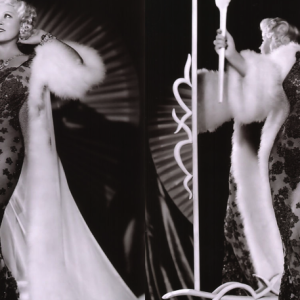 LitHub Daily: April 19, 2016 The story of one writer's path from prison to publication: part one of Mitchell S. Jackson's documentary, The Residue...
© LitHub
Back to top