Two Generations of Syrian Resistance: What Bravery Looks Like

Emily Robbins on the Necessity of Speaking Out Against Tyranny

One thing I’ve been thinking about, in this new era of US politics, is what I learned from my Syrian host family about the power of multiple generations, and how sometimes one generation works so that another can give voice.

I lived in Syria between 2005 and 2008, before the revolution. When I arrived, I was 21 and studying Arabic. That first night, my host father took me for a drive up Damascus’s small mountain, past lovers in cars and men wheeling carts of corn, and with the windows rolled down, my host father cried, Bashar majnoon! We want freedom!

Bashar was the Syrian president, head of a dictatorship. To shout this in public was both brave and dangerous. I had been told not to talk politics. That night was my first of many lessons on speaking up.

Syria has a long history of art and resistance. Even her old Queen Zenobia is known for kicking the Romans out.

My host-father had Bedouin roots. His family had stood up to unjust governments for generations—first the Ottomans, later the French, and now he was critical of Bashar’s government, years before the civil war began. He was a writer, of plays and news articles and soap operas. When I arrived, he had just lost his job over a piece that was critical of the government. Friends had been jailed and exiled. These were stakes of speaking his mind.

I had three host sisters, all near my age, and together we went everywhere: Damascus’s old city, with streets mentioned in the Bible; a man-made lake, where we smoked water-pipes. To the cheap fashion district, to try on lots of jeans. We had fun. We lived in an apartment halfway up a hill. At night, we looked out to the green lights of mosques: green, because it is the color of peace.

My host sisters didn’t like their father’s friends, who encouraged dangerous writing. We lived a double life: rumors of jail at night, bus-rides in the morning as if nothing had happened.

When I returned to the US, I stayed close to my host family, and thought about the weight a family bears when one of its members decides to speak against the government.

Syria, 2011. My host father said his whole life he would see this day, and here it was. He wrote supporting the protests. He was jailed, then exiled.

My host father had dreamed of participating in free protests, of raising his voice loudly and clearly in his own country, and when the time came to do this, he found himself outside Syria, without a way in. His daughters raised their voices instead.

His daughters went to the protests.

The same women with whom I had rambled Damascus; who had eaten corn from carts on the mountain; who had snuck out (with me their foil) to ride in cars with boyfriends; who had laid on their stomachs in our big bed while their father went to secret meetings, and we, back home, flipped through magazines, deciding if the president’s wife was pretty. Another lifetime.

These daughters were now in college and working. The youngest took her final exams while shots rang out the university windows. My host father had always been secular; he did not want his daughters to wear headscarves, this was too religious. Now, their father far away, these same daughters disguised themselves with scarves and took a taxi to the protests. The young women were pushed to the middle, so that if government soldiers came and began shooting, the women would be protected. Residents of all the houses around them opened up their doors, so if soldiers came, the protesters could hide inside. And there in the center, surrounded by so many Syrians, protected by Free Army soldiers, my host sisters screamed: Freedom, Elections! at the top of their lungs, for the first time in their lives.

They did what their father had always wished to do. And they loved it, and they didn’t do it just for him, but for themselves. Afterwards, they slipped on their headscarves, returned in a taxi, pretending everything was normal (they had so much practice), home to where their mother, watching on TV, cried because she was so proud.

Soon, the revolution turned towards civil war, and the family got word that my host sisters might be on a blacklist. They left in the dead of night.

They did not believe they were leaving forever. They didn’t take nice clothes.

It has been five years, and the clothes my host sisters left still hang in their empty house’s closets. That is, if no one has raided the closets; if the house still stands. My host sister, who screamed at the top of her lungs for freedom, remembers every detail of her room. Before sleep, she imagines each item on her dresser in order to make use of it; so that the objects she loved and left will still feel close, won’t just rot away or break, but will gain a new life in her mind.

In this family, the older generation worked for revolution, and then counted on the younger generation to be strong and lift up their voices.

My host father counted on his daughters to protest when he couldn’t—even though he was scared for them. And they did, and now they are in exile, and their country is at civil war, and they are trying to find new ways to fight. Against all odds, and through devastating violence, they are. One of my host sisters is writing a book.

If there is anything my host family has learned, it is that the fight is endless. They ask: How do we stand in solidarity as Syrians, or as a family, when we are dispersed over so many countries? They ask, Why won’t the US take us in? And after the November elections, they asked me, How can we help? Because, they understand this is global, that being brave means not only worrying about Syria, but the world. My host father wants the US to open its borders; he is an intellectual who has worked for democracy his whole life, what he has learned can help US citizens now.

For my host family, bravery is a practice. It is a skill they learned long before the revolution, when my host father worked in the underground resistance. Practice does not make bravery easier, but does make it a habit, and like so many Syrians, they have found they have no choice.

Like them, I am starting to see I have no choice. That I must speak out with purpose. That the older generation needs me, too—a younger body, to be the voice where they are prevented, that we all need each other for this—what if my host father’s activism had stopped at the first generation? Then the family would never have reached the point of yelling for freedom; that we must all work together, to shout freely and be heard.

Emily Robbins is the author of the novel A Word for Love. From 2007 to 2008, she was a Fulbright Fellow in Syria, where she studied religion and language with a women’s mosque movement and lived with the family of a leading intellectual. Robbins holds a BA from Swarthmore College and an MFA from Washington University in St. Louis, and and in 2016 she received a second Fulbright, to study in Jordan. She lives in Chicago and Brownsville, Texas.

20 Literary Voices On What to Do Now 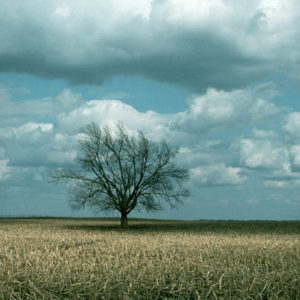