Two Classic Cocktails For Your Next Literary Happy Hour

Charles Hardwick, the beverage director at Blue Owl, a small cocktail bar in New York’s East Village, was a fan of both novelist Ralph Ellison and Hendrick’s gin, an unusual Scottish gin launched at the dawn of the twenty-first century that for a time was catnip for cocktail bartenders. The result of those two passions was the Ellison, a 2006 spin on the Southside cocktail that threw in muddled cucumber to echo the cucumber flavors in the gin. (Hendrick’s can be credited with the flurry of cocktails created in the aughts that called for cucumber, an ingredient that previously not had much play in mixology outside of the Pimm’s Cup.)

“It was immediately a hit with everyone,” recalled Hardwick. “I’ve never served a drink with broader appeal—women, men, older, millennials, bartenders, and everyday guests all loved it.” Hardwick went on to work at some of New York’s best bars, including the Grill and the Office. But this early drink remains Hardwick’s best-known creation. “I still think it’s a very important drink in my career,” he said, “and it represents a certain style of drink, and its time and place, very well.”

Muddle the lime juice, simple syrup, mint leaves, and 3 of the cucumber slices at the bottom of a cocktail shaker. Add the gin and bitters. Fill with ice. Shake until chilled, about 15 seconds. Fine strain into a chilled cocktail glass. Garnish with the remaining three cucumber slices. 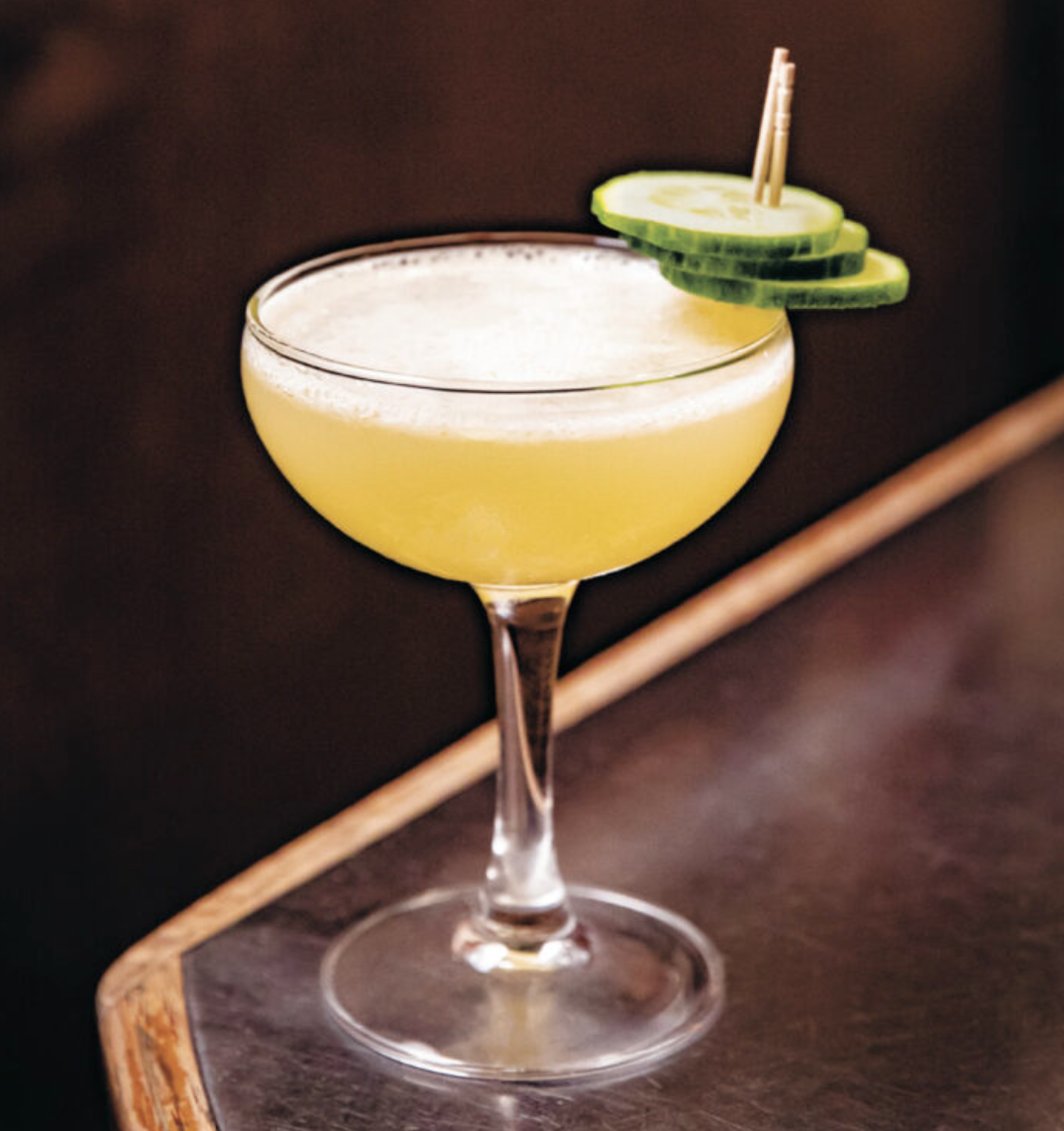 Joe Baum, the restaurant mastermind behind the 1980s rebirth of the Rainbow Room, didn’t want any original cocktails on the drink menu. But that didn’t stop customers from asking head bartender Dale DeGroff to make them custom concoctions. And once one patron got an off-menu treat, others got wind of it and wanted one as well.

One night in 1995, a jaded gin-and-tonic drinker asked DeGroff for something with a bit more pizzazz. DeGroff fixed up a basic gin sour—gin, lemon juice, and simple syrup—and topped it with a few shakes of Angostura bitters. He then shook it up and served it on the rocks with a lemon wheel garnish. The guy ordered several of them.

Soon people were asking for “the gin thing.” The cocktail became the sensation of the summer of 1995, and DeGroff finally decided to put it on the menu. There was already a Hemingway Daiquiri on the list. A bar regular who was a writer at the New Yorker thought it only fair that the new drink be named after Hemingway’s contemporary and literary rival, F. Scott. Thus, the Fitzgerald was born. (Having both novelists on the menu gave bartenders a good lead-in to a story with customers, said DeGroff.)

The media soon picked up on the new drink, and when DeGroff included it in his 2002 book, The Craft of the Cocktail, all the world was in on the secret. It continues to be popular at bars around the world. But if you really want to find the cocktail’s home, visit St. Paul, Fitzgerald’s hometown, and its sister city, Minneapolis. There’s hardly a cocktail bar in the city that doesn’t proudly serve it.

Combine all ingredients except the garnish in a cocktail shaker half-filled with ice. Shake until chilled, about 15 seconds. Strain into a chilled rocks glass. Garnish with the lemon slice. 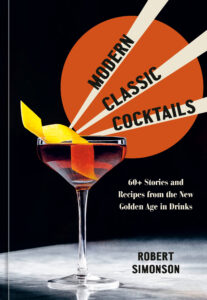 Robert Simonson writes about cocktails, spirits, bars, and bartenders for the New York Times. He is also contributing editor and columnist at PUNCH. His books include The Old-Fashioned (2014), A Proper Drink (2016) and 3-Ingredient Cocktails (2017), which was nominated for a 2018 James Beard Award. He was also a primary contributor to The Essential New York Times Book of Cocktails (2015). Simonson won the 2019 Spirited Award for Best Cocktail and Spirits Writer, and his work, which has also appeared in Saveur, Bon Appetit, Food & Wine, New York magazine, and Lucky Peach, has been nominated for a total of eleven Spirited Awards and two IACP Awards. A native of Wisconsin, he lives in Brooklyn.

9 Novels of Art and Seduction 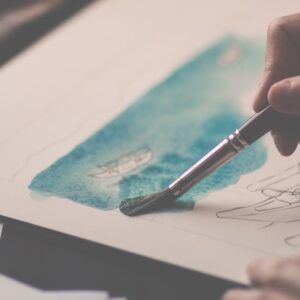 9 Novels of Art and Seduction For me, art came first. Coming from a line of artists, I learned to draw and paint early on and found exaltation in the wordless,...
© LitHub
Back to top
Loading Comments...