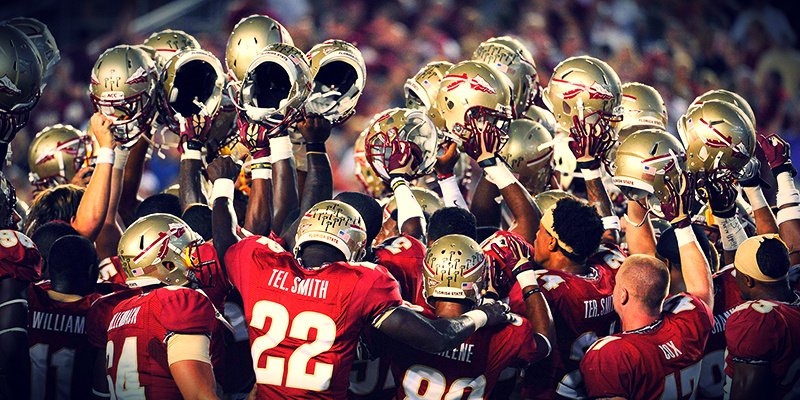 Trying to Save the Lost Soul of College Sports

In Conversation with the Author of Champions Way

In End Zone, Don DeLillo’s scathing satirical novel about college football, Logos College is about to take the field against West Centrex. Coach Emmett Creed stands in front of a locker room blackboard, arms crossed over his chest, baseball cap dangling from his hand. “It took only a few seconds before the room was absolutely still.” The team hangs on his every word, and then they blast down the stadium runway, out of the tunnel, “some grunts and barks, everyone with his private noise, hard fast rhythmic sounds.” Above them are “faces looking down from both sides, the true, real and honest faces, Americans on a Saturday night.”

For all of DeLillo’s dissection of college football’s sins—its predilection for on-and-off the field violence, the absurd world of campus publicity and hype machines, and the symbolism of war—End Zone is a nostalgic satire. Think a postmodern take on NFL Films. DeLillo was on to something. America loves football. America hates football. America can’t live without football.

Champions Way by Pulitzer Prize-winner Mike McIntire is a fascinating exposé on the Florida State football team, and college sport culture as a whole. The book immediately made me think of DeLillo’s strange and prophetic End Zone, but perhaps we don’t need literary precedents for our current reality. McIntire’s book arrives during a sports storm: players taking a knee, arms united in protest. A concussion epidemic. A burgeoning NCAA corruption scandal.

McIntire’s investigation is complex, but he’s got a storyteller’s eye for how anecdotes become threads, and how threads become truths. Champions Way is a story of exploitation of young men, and of a culture that forgives and forgets the actions of its stars. Consider the botched rape investigation that followed allegations against Jameis Winston, star FSU quarterback, and current NFL player for the Tampa Bay Bucs. Winston was never questioned or charged in the incident, but later settled a lawsuit with his victim.

McIntire uses Winston’s story to cast a wider net onto Florida State’s wild culture, a culture that is indicative of so many top-flight college programs: police, professors, and administrators looking the other way to protect star players, rampant sexual harassment and violence, puff grades and fake classes—all in the pursuit of money and championships.

College football and scandal go way back. In 1905, Duke University’s president Dr. William Preston Few published an essay titled “The Excessive Devotion to Athletics.” McIntire tells me Dr. Few, a devout Methodist, argued “that there was nothing inherently wrong with college football. Rather, it was the way the sport had been embraced by the public, in an excess of spirit and money that he correctly pegged as ‘manifestations of American life.’”

I asked McIntire if scandal is endemic to college football, but he thinks the truth is more complex. Scandal “goes where the ‘excessive devotion’ is. Here, the scandal isn’t so much that athletes commit crimes, professors countenance cheating and boosters spread money around. The real scandal occurs when institutions faced with these improprieties try to cover up or minimize them. When that happens, you have to ask yourself, ‘Why?’ I would argue it’s because the ‘bigness and prosperity’ that Dr. Few saw as the twin threats to intercollegiate athletics have created a situation where the power and influence of football can overwhelm community standards of ethics, morality and the law.”

Adjuncts—contingent teachers who comprise more than half of American of college faculty members—are often on the front lines. At Division I schools, in crowded classes with blue-chip athletes, they are often asked to extend deadlines, ignore plagiarism, and bend grades. I wondered if the mass of adjuncts made such bureaucratic cover-up more possible, but McIntire thinks “one can argue that the reverse is often true: part-time teachers who don’t have both feet firmly planted in the system are freer to call out the cheating, fraud and slipshod standards that infect academics for athletes.” His investigation led him to a graduate teaching assistant at Florida State “who tried to blow the whistle on improper academic assistance for football players in online classes, and ended up losing her job. A few years ago, an adjunct English instructor there wrote candidly about his own experiences trying to hold athletes to the same standards as other students. And at the University of North Carolina, it was a handful of full-time professors—not adjuncts—who were at the center of one of the worst academic scandals in the history of college sports.”

Somebody is always looking the other way, and more and more it is us: the fans. Although McIntire’s book focuses on the woes at Florida State, you can’t talk college football scandal and not consider the sorry situation of Penn State. The further away one goes from State College, the more longtime coach Joe Paterno’s mythos seems to have dissipated—at least the willingness to forgive his sins. I asked McIntire if the schools share the same myth culture.

“When a public university goes so far as to erect a statue of a football coach on campus, it’s safe to say there’s a significant emotional—not to mention financial—investment in a certain heroic narrative,” he says. “You can find coach statuary at both Penn State and Florida State (Paterno’s was removed, reluctantly, amid the Jerry Sandusky child molestation scandal), but it’s by far not unique to those two schools.” McIntire doesn’t think we should be surprised. “Look, everybody loves a winner. When you’ve been winning as long as Joe Paterno did at Penn State or Bobby Bowden at Florida State, you can’t help but build a legacy, and from there it’s a short trip to mythology. That explains the adoration of fans, but it’s the schools themselves that then leverage the mythology for their own fund-raising, student-recruiting and profile-building purposes, completing a feedback loop that is to be protected at all costs.”

It is telling that reading Champions Way unsettled me on multiple levels, and not always for reasons I’m proud to admit. Like McIntire, I’m a fan of the game. My father was a high-school All-American who played for Holy Cross College against Jim Brown. My oldest brother was a D-I fullback. My other brother was recruited by Syracuse and Yale until an injury ended his career. Football is in my blood.

I asked McIntire why people like us are still devoted, if there is a breaking point that will send us away from the game. McIntire thinks the tribalism in football fandom is “real and for the most part harmless—except when it’s not.” Many fans are troubled by what they see and hear in the football world, but others aren’t. “They’re more like addicts. These people don’t want to hear anything negative about their team or sport, lest it somehow threatens their own sense of identity and self-worth. If that sounds nuts, it is. Unfortunately, this group wields a lot of clout. These are the people who obsessively spend thousands of dollars on premium sports cable TV packages, season tickets, bobbleheads, autographed helmets, etc., and stay up all night posting in online fan forums or playing fantasy football.”

Those rabid fans were not happy with Champions Way, and harassed McIntire online. The same type of fan who “went after the young woman who accused quarterback Jameis Winston of rape, spreading disgusting rumors about her online, threatening to burn down her sorority house, slashing the car tires of one of her friends.” But McIntire is clear that “they don’t represent the sum total of Florida State.” He says there are people there “who care deeply about the issues raised in the book, and hopefully it helps give them a voice too.”

The subtitle of Champions Way is Football, Florida, and the Lost Soul of College Sports. A similar lament suffuses DeLillo’s novel. In a curious coincidence, McIntire thinks the decade of DeLillo’s book was the time of change for the worse: “things were better in the world of college sports before the storm surge of television revenue washed over it all, starting with the advent of ESPN.” Money stained the game.

I can almost hear Wally Pippich, the “sports information director” hired by Logos College after their loss to Centrex. He tells running back Gary Harkness, the book’s narrator, that he’s going to help resurrect the program. “And then this tiny little grasshopper institute has a chance to make it big. Bigation.” Pippich admits that he doesn’t “know squat about football . . . But I know the whys and wherefores of the entertainment dollar. People want spectacle plus personality.” McIntire says whatever football soul “may have existed in the days of leather helmets and dropkicks hasn’t been seen in a long while.” We might never see it again.

Writing Through Fear is a Way to Take Back Power 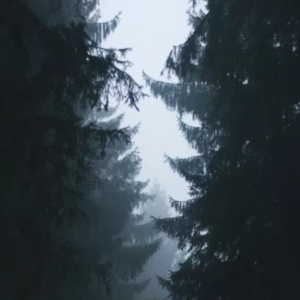 Writing Through Fear is a Way to Take Back Power

Red Ink is a quarterly series curated and hosted by Michele Filgate, hosted at powerHouse Arena. This dynamic series focuses...
© LitHub
Back to top