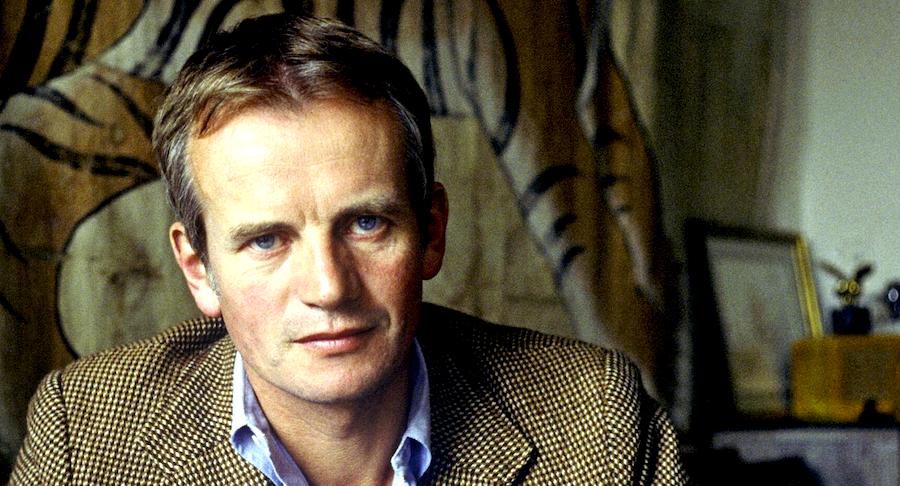 In most secondhand bookstores and dusty attics, there are stacks of morose-looking books that have been sidelined by history. To call them outmoded might even be generous. Some of them are probably all but paperweights—old encyclopedias, out-of-date medical books, predictive books that ended up being untrue (Can She Be Stopped? Why Hillary Clinton Will Win the Next Election; The Complete Y2K Preparation Guide), etc. For every bit of insight they provide us, we’re met with perhaps twice as much that has since been disproven either by science or by circumstance.

Sometimes works like these stick around simply because they’re funny, or because they tell us something about a certain era that we can’t procure from visual art or history. The four humors probably fall somewhere under this broad umbrella; that an excess of black bile is the root of our discontent seems to contain some level of poetic truth. I have some of these books in my own collection—Thomas Browne’s Urn Burial, an academic study on urns unearthed in Norwich, England that ends up being a poetic meditation on the inevitability of death, and Robert Burton’s Anatomy of Melancholy, a 1,400-page tome that explores the relationship between our emotions and our physical bodies. Both of these 17th-century books have found success partly because of their shortcomings—they were meant as scholarly works, but fail as such. They contain far more odd, meditative personal obsession than transmittable, factual information.

For one reason or another, equally eccentric books have failed to make it into the fringes of our collective reading catalogues, and sit neglected, loose-leafed, in one university collection or another. Bruce Chatwin’s unpublished The Nomadic Alternative, housed at the Chatwin Collection at the Bodleian Library in Oxford, is one such example. I became curious about the manuscript after Nicholas Shakespeare briefly mentioned it in his biography of Chatwin, so I made a mental note to spend a few days reading it the next time I visited close friends in Oxford.

The Sheffield-born travel writer, who was catapulted into fame almost overnight for his genre-bending In Patagonia, worked on The Nomadic Alternative for the majority of his tragically short adult life. Much of his work was a byproduct of trying to write this essay—the entirety of The Songlines is actually the result of a research trip to Australia that was meant for The Nomadic Alternative. It was, in essence, meant to be the anchor that all his more creative work was in conversation with, his own version of Camus’s The Myth of Sisyphus.

Going over my notes from the book, I find that I have scribbled some version of “WHERE THE HELL IS HE GETTING THIS FROM?” dozens of times.

If I were to attempt to classify The Nomadic Alternative, I’d call it a meandering 300-page essay trying to prove (mostly through unscientific, personal connections) that humans are naturally mobile, or that we’re killing ourselves with our rootedness, or that our perpetual restlessness is a symptom of our detachment from a life of migration. To call it ambitious would be an understatement.

The book aims to be anthropological, but it has little interest in properly citing sources, and is just as likely to go off on a personal tangent as it is to cite something resembling a study. It would have driven a fact-checker insane. Chatwin cites some sources dutifully, even when they’re at the height of obscurity, but seems completely apathetic about doing so elsewhere. In a section about architecture in the pre-modern world, he writes, “it was ancient custom to bury a man under the foundations of a new building—a human sacrifice [was] thought to ensure the stability of the structure.” According to whom? Whose ancient custom? Later in the book, more of the same: “In Tibet, the definition of a human being is ‘the man who goes on migration.”’ Going over my notes from the book, I find that I have scribbled some version of “WHERE THE HELL IS HE GETTING THIS FROM?” dozens of times.

In his 600-page biography of Chatwin, Shakespeare writes at length about how many of Chatwin’s manuscripts never saw the light of day, how In Patagonia was significantly longer before the editing process began. Susannah Clap, Chatwin’s former editor at Jonathan Cape, details the experience in her book With Chatwin. In The Nomadic Alternative, the reader feels Clapp’s absence as an editor. Some sentences (and sections, really) can only be described as cringe-worthy:

“Geography is a gut reaction.”

“A religion is a travel guide for settlers.”

“Settlement is a perversion.”

It is in Chatwin’s wild, unsystematic theorizing that the manuscript’s shortcomings are most evident. Most of Chatwin’s claims are impossible to prove, and he knows it. The first page in the book prepares us for it. He describes the work as, “A provisional account of ill-advised and ill-prepared expedition to discover the source of The Journey itself. Such an undertaking is a contradiction in terms and foredoomed to failure.”

Because many of his theories are so outlandish, he often resorts to heavy-handed implication as a way of hedging his claims. In a section about male/female roles in hunter-gatherer societies that’s only a few steps removed from the pseudo-evolutionary biology nonsense spewed by Jordan Peterson, Chatwin suggests that most women are right-handed because small children prefer being held on the left side of a woman’s breast while walking, as the child is closer to the heartbeat.

In his bombastic claims, though, we are exposed to a prodigiously broad life of reading. He seems to be entirely at home discussing the world’s four major religions (and some dozen-odd indigenous ones), and he is as likely to reference the Kalevala, a Finnish epic poem, as he is a 14th-century Arabic historian, or a travel journal of northwestern Australia from the 1840s. If nothing else, the manuscript could probably work as one long bibliography—35 or so years of the sort of unfocused, sprawling reading that only a feverish autodidact is capable of.

Occasionally, this wide range yields incredibly tender, insightful snippets: “Fighting is very dangerous,” a Kalahari Bushman says to anthropologist Lorna Marshall. “Somebody might get killed.” Later, in a chapter on “restlessness,” Chatwin quotes a report from 1291 about parasitic, wandering scholars upsetting public order: “They wander naked in public […] They lie in bakers’ ovens; they frequent bars, games and brothels. They live by their vices, obstinately persist in their way of life, and offer no hope of their eventual reform.”

Most of his writing about the Kalahari and Kung bushmen, in particular, seems well-researched, and like one of very few examples where his anthropological writing and creative exposition successfully coexist. The sections about specific migratory communities are perhaps the only places in the manuscript that avoid generalizations.

In his writing about these communities, Chatwin feels like the swan song of the recent past—of that strange, contradictory blend of muddy English imperialism and earnest, unbridled optimism for “other ways of being.” In The Nomadic Alternative, there is room for both the jolly safari Englishman and the focused, passionate critic of the scientific racism found so often in early 20th-century anthropology. He devotes significant time to dismantling, in detail, foundational eugenics essays and gleefully badmouthing what he refers to as “racist philosophers.”

In attempt to write it all… we stumble upon something far more elusive than even Chatwin himself: the muddy, ephemeral beauty that lies in unadulterated failure.

Some of the manuscript, too, provides for an uncharacteristically frank gaze inwards from a writer who painstakingly hid his personal life from his readers. Despite being married to a woman, Chatwin had a number of male partners and, according to his biographer Nicholas Shakespeare, hoped that homosexuality was something he could “grow out of.” In a section broadly about nomadic groups, Chatwin questions why individuals in these communities rarely seem to struggle with their own sexual identities. It feels impossible to not read these largely anecdotal speculations in the context of his own life. He died of an AIDS-related illness in 1989, but continued to assert, even as his body deteriorated, that during his travels in Asia he had contracted a rare, exotic bone-marrow disease.

Since the publication of In Patagonia in 1977, critics and writers have hailed it as the book that revitalized travel writing, which was a genre on the brink of irrelevance. The book is a masterpiece—it is slim, chiseled, and spare. It feels like the polar opposite of The Nomadic Alternative, which, in all of its thrilling maximalism, is both a whirlwind and a headache to read.

I’ve read the manuscript twice. The first time, years ago, was as a student with no creative ambitions of my own. At the time, I read the draft for its potential—for what, if Chatwin’s life hadn’t been cut tragically short, the manuscript could have been. The second time, now a writer with a computer full of abandoned drafts, I read the draft for what it tells me about the grayish purgatory between a successful work and a sidelined one; I learn far more from revisiting my own abandoned drafts than prior publications. In attempt to write it all, Chatwin falls short, but in his reaching, we stumble upon something far more elusive than even Chatwin himself: the muddy, ephemeral beauty that lies in unadulterated failure.

Jeremy Klemin was a 2018 Fulbright Fellow in Curitiba, Brazil. You can find other work of his in The New York Times Book Review, The Millions, and The Stockholm Review of Literature.

As of Today, the Last Physical Object Used as a Standard of Measurement is No More

The Seven or Eight Deaths of Stella Fortuna 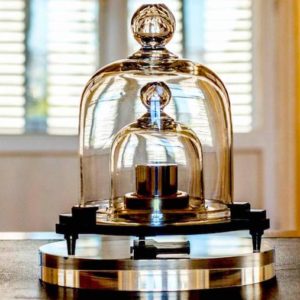 As of Today, the Last Physical Object Used as a Standard of Measurement is No More

Today, May 20th, 2019, a cylinder of platinum-iridium alloy will be removed from a vault in the Pavillon de Breteuil in Saint-Cloud,...
© LitHub
Back to top