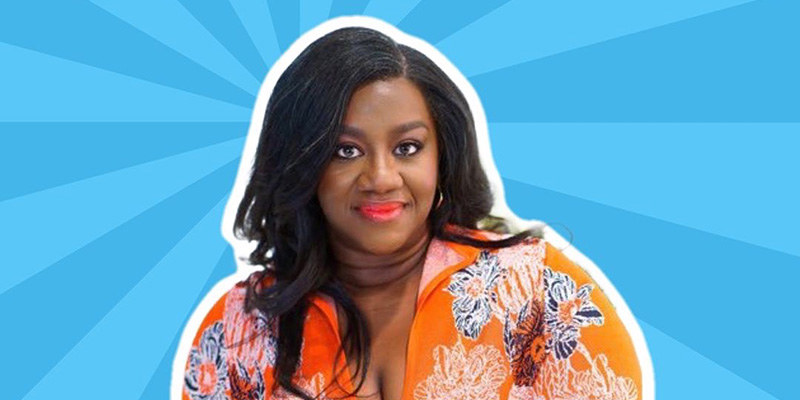 In our second episode, Gabe sits down with Gen X icon and University of North Carolina professor and MacArthur Genius Award winner, Tressie McMillan Cottom. Tressie is a renowned sociologist and the author of several award-winning books, including Thick and Other Essays. This interview feels personal for Tressie and Gabe: because they both grew up in North Carolina at the same time and were shaped by many of the same cultural forces. We learn how the strong and creative and playful Black women in Tressie’s family helped shape her. Tressie talks about how her mother was a member of the Black Panthers in college. And how Tressie’s mother’s comrades from the Black Panthers and their stories are present and very alive in Tressie’s life today.

Tressie and Gabe discuss Toni Morrison’s famous quote, “The function, the very serious function of racism is distraction. It keeps you from doing your work.” This conversation is full of joy and joy real talk about writing and the subject of race. And when Tressie says that Black people are the most future people she knows, if you don’t know what she means, you will definitely know what she means by the end of this episode. Honestly how can you resist this solid gold? Go listen.

Soooo they told baby girl they would never score her athleticism fairly because it would make her competitors feel bad and now they’re mad that she won’t be there to score unfairly? Do I understand this correctly?

Tressie McMillan Cottom: I was talking about Simone Biles, and Simone is … similar to Venus and Serena and Coco and all these just wonderful young black women athletes in particular. And this is this moment where I felt like she was coming into her own as a political figure, you know, stepping outside of that little box that they put Olympic athletes in. They were penalizing her because one of her routines had a move with a rate of difficulty that is apparently off the charts, right? And one of the things she’s known for is her athleticism and gymnastics tends to prefer, quote unquote, grace to athleticism.

Tressie McMillan Cottom: Yes. And that is very coded with race and class and gender and read through body type, you know. And so she was saying, listen, you don’t want me to do my best. What would make this challenging for me? I will go home. And I thought that is just the kind of freedom that I wish for every woman—and especially every black woman—the freedom to say, I see what you get out of me being here, right? But there is nothing for me in this scenario. And so I will stay home. I loved that and could relate, I guess.

The stages of essay writing by me:

1. Have idea
2. Tell myself idea is AMAZING
3. Decide idea is so stupid
4. Get angry at an imaginary person for calling my idea stupid
5. Argue with imaginary person while driving my car
6. Decides to show them!
7. Over-reads

Tressie McMillan Cottom: The tweets could actually be said to be part of step eight. One does everything except write. I’m like, Oh, I’ll write about the cycle instead of this. And then in writing it, I just set myself down to an idea that I had been pre-writing in the back of my mind and for months I knew, I was done, I knew I needed to write it. And you know, that’s the moment, I think, when a lot of us become toddlers and I’m certainly that and I start throwing a temper tantrum and I have no one to take it out on but myself and my dog, right? I’m in a constant negotiation with myself about when it’s time to do the thing.

When I was about 8 years old I checked a reference book out of the library that listed all the boarding schools in the U.S. I wrote SASEs* to a dozen, requesting applications. When they arrived I slipped them under my mom’s bedroom door.

*I swear to gawd, you better not ask. https://t.co/6bzbpJX3gz

Gabe Hudson: One of the reasons why I think that story instantly came to mind when I read that tweet asking, you know, what sums you up?

Tressie McMillan Cottom: I mean, it has all of the stuff, a library, right? Being precocious, you know, going by myself and figuring this out on my own.

Gabe Hudson: And you went to college in North Carolina, right?

Gabe Hudson: Did you like going to a traditionally or historically black college?

Tressie McMillan Cottom: My life was so defined by black authority figures and black culture. It was never even a question. And my mom had gone to an historically black college. She went to Winston-Salem State University in North Carolina. And my dad had gone to the other big HBCU in the state, which is North Carolina A&T. … But at the time my mom had been a Black Panther in college. Really got us stuff so cool. … Our home was full of Harlem Renaissance-era black literature.

Gabe Hudson: And that was in Charlotte or Winston-Salem.

All we have are their stories for the most part. You know, when I talk to my Uncle Larry and he tells these amazing, vivid stories about the cop he got into a fight with or how they smuggled so-and-so out or something like that, and you realize they tell the stories over and over again. But you realize the importance of that in a pre-video culture, right? That we know anything at all about that time is because they can tell those stories over and over again. I have a lot of appreciation for that.

Tressie McMillan Cottom: I was reading a book excerpt in a magazine, and I had read the book in early stages and knew what the book argument was and was excited about it coming out. And this is a present tense book. It is a book that was very much speaking to the moment, on what tyranny is. I guess what a contemporary book on current affairs, we might say, in the bookstore. And yet the excerpt chosen, and I get it because it was about black people and it was about race, had chosen all these really historical images to accompany the story. And the problem I have with that is that when you freeze people in history, it means you’re not dealing with people in the present tense. Our politics are still very much alive, and we’re still here. And while it is important to understand the historical antecedents of things, it can be an escape because we don’t feel guilty for history, right? I wasn’t born yet, so it lets the audience off the hook in a certain kind of way. And I think white audiences in particular are always more comfortable studying and engaging with minority people and talking about us in the historical context because they refuse to deal with how they are implicated in the present tense.

Gabe Hudson: Do you think in that sense you could say black people are the future, like they’re leading the culture?

Tressie McMillan Cottom: Oh, absolutely. When I say not only are black people the future, we think in the future tense. So when so much of your collective identity is tied to a moment of global trauma as the global slave trade is, and you think about it, what do we think about the future? There is no nostalgia for black people. That’s why you have such a problem casting us in time travel shows. Where are you going to put us? Nostalgia operates differently for us, and because of that we tend to be more future thinking.

The reason Black people ask “who all gone be there” is we have a different mask for different situations.

Tressie McMillan Cottom: The tweet is a reference to Paul Laurence Dunbar. Classic poem. “We Wear the Mask” is one of those poems that if you are a little black girl who could talk, good. When I was growing up, you were in lots of speech competitions and poetry competitions, and this was one you recited a lot at church or something like that. So it’s one of those that I know very well. And then I grew up to be a black sociologist, which comes with reading and studying Du Bois. And Du Bois has this concept of double consciousness, and they’re the same thing. We’re just talking about the presentation of self that minoritized people have to do to protect our core identity and our core. So, you know, it isn’t safe to be your full self everywhere you are, and we become extremely skilled. One of the reasons why I think we are the world’s most natural sociologists is that black Americans are extremely skilled at ascertaining the social conditions of every environment. We have to, because we’re immediately scanning to see who do we need to be in this space.

Tressie McMillan Cottom is a professor at the University of North Carolina-Chapel Hill, a 2020 MacArthur Foundation Fellow, and New York Times columnist. 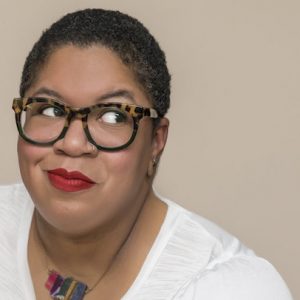 In 1989 my pals and I got dropped off at the Evanston I Movie Theater (there was no Evanston II, weird), with enough money...
© LitHub
Back to top