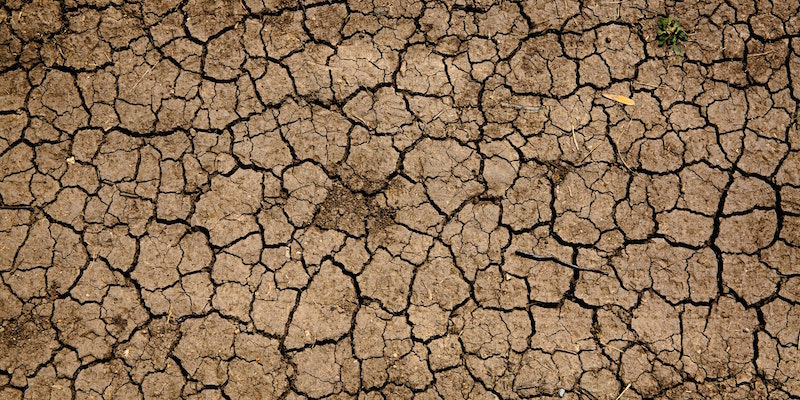 Tracing the Crisis of Desertification to Colonization

Lisa Wells on the Water Crisis in California’s Central Valley

Driving through California’s Central Valley in the summer of 2017 felt like watching previews of coming attractions. Though Governor Jerry Brown had announced the end of the state’s six-year drought, the road proffered contradictory images. Once-fertile agricultural lands were as parched and cracked as desert playa. Dead orchards lined the highway for miles, and for miles the hypnotic flash of gray and defoliated fruit trees, still upright in their rows, cycled through my window. On other parcels, the snags had been uprooted and stacked in mounds. When glimpsed at high speeds, in the whitish cast of midday light, these mounds resembled piles of twisted bodies. The pale limbs seemed to reach. I couldn’t resist the double image: the superimposed specter of human remains. Whoever had worked in those groves was gone; only their signs persisted. Placards stabbed in the dirt along the highway read, NO WATER = NO JOBS and STOP THE POLITICIANS CREATED WATER CRISIS! But the time for such protest had ended. In this wasteland, the only signs that made any sense were purely interpretive: most ubiquitously, CONGRESS CREATED DUSTBOWL.

On the color-coded drought maps comparing one year to another, a red wound appears in California’s side and spreads fast. Within a year, the blood has soaked the fabric. The matter of what or who was to blame for dealing that blow was up for debate. On the left, activists called for an end to fracking, claiming the industry wasted two million gallons of water a day. Some blamed the bottled water industry or conventional agriculture. The vegans blamed the carnivores, and drew up charts comparing water use among California almond growers (10 percent) and the meat and dairy industry (47 percent).

On the right, they blamed environmentalists for impeding the construction of new dams. One California assemblywoman, addressing a banquet hall of pro-life activists in Sacramento, allegedly suggested the drought was God’s retribution for legal abortion. “Texas was in a long period of drought until Governor Perry signed the fetal pain bill,” she was quoted as saying. “It rained that night. Now God has his hold on California.” This prompted local pro-choice advocates to mock up a spoof campaign shirt for the assemblywoman, bearing the slogan I made a desert with my abortion and all I got was this lousy T-shirt.

In the final tally, somewhere in the neighborhood of 570,000 acres were idled, and 18,000 farmworker jobs were lost. Most parties agreed, if tacitly, on one thing: water is life. But none had reached the source of the issue. The only complete narrative I’d heard was articulated by Native American activists who’d located the problem in far older events. Namely, colonization. In the case of the Owens Valley Paiute (or Nüümü), one big problem was Los Angeles County and how they’d acquired their water in the first place, an original sin in the city’s design, from which much current suffering descended. The essence of that defect could easily be extrapolated to the rest of the state—indeed, to all the cities of the world, and in fact could be credited for the very existence of cities: the problem of urban centers looting resources from surrounding lands.

For millennia, the Nüümü of Owens Valley managed an intricate system of irrigation ditches that routed snowmelt out of the Sierras into the valley. This system spanned some sixty square miles. After the so-called Owens Valley Indian War of 1863, surviving tribal members returned home to find their lands and irrigation system occupied by white settlers. The Nüümü were told they’d need to apply for water rights, but it was understood that anyone who attempted to do so would be made to suffer for it, if not summarily killed. It was that year, in fact, when a mob of white settlers and soldiers drove thirty-five people into Owens Lake, gunning them down or drowning them.

Most parties agreed, if tacitly, on one thing: water is life. But none had reached the source of the issue.

In 1913, the celebrated mercenaries Fred Eaton and William Mulholland completed the aqueduct that would channel the Owens River to the city of Los Angeles—220 miles across the Mojave Desert. Agriculture in the valley began to suffer immediately, and within thirteen years the once-expansive Owens Lake was almost completely desiccated. Until ongoing litigation forced the city to return some of the water, it was not uncommon for the sky to be swallowed by a tsunami of carcinogenic dust drawn up from the dry lake bed. Today, wide swaths of the lake bed teem with halobacteria, forming a dark red brine that appears on the cracked surface of the salt flats like platelets under a microscope, or in the aerial view like gobs of clotted blood.

Eaton and Mulholland made a bleeding desert with their avarice, and all they got was a handful of monuments. But once upon a time, the valley was a very different scene. In the words of the elder and activist Harry Williams, “The whole valley was our garden.” That was before the Los Angeles Department of Water and Power pumped “the life and color out of the area” and “turned everything gray. . . sent all that life and that color down to L.A.”

The Nüümü name for Owens Valley, by the way, is Payahuunadü (Land of Flowing Water). Dick Owens, the white man for whom the lake and valley were named, never so much as set foot in that place.

I’d met Harry Williams in Tucson, Arizona, at a screening of the documentary Paya: The Water Story of the Paiute. One of the main subjects of the film, Williams had spent decades trying to establish the history of that ancient irrigation system and thereby return some of the valley’s water to the tribe by proving “first use.” His personal story, which bore the mark of predestination, began with the discovery of a mysterious object. He was out hunting rabbits as a child in the foothills when he came across a hunk of carved wood—an ancient irrigation diverter as it turned out, though it would be years before he understood its original purpose.

In Paya, the camera follows him into a dense tangle of brush, which he pulls apart to reveal a trench in the earth. The trench corresponds to maps drawn by one A. W. Von Schmidt, an ill-fated civil engineer of Prussian extraction, contracted by the U.S. government to survey the area in 1856 and ’57—a man who’d reported to his masters that the Owens Valley soil was poor and “worthless to the White Man.”

At the time of the screening, the Owens Valley Nüümü were engaged in a protracted legal battle with the Los Angeles Department of Water and Power, and the tribe would submit Von Schmidt’s journals as evidence that the Nüümü were “using” their water long before the settlers arrived.

To screw the whole story together in one’s mind was to enter a Kafkaesque rat maze of imperialist logic: from massacre and occupation; to desertification; to the courtroom where the people of the valley had to prove their right to exist, the very valley’s right to exist; to those profiting from their destruction, based on the premise of “ownership” by “use,” and not through their own testimonies or oral history, but through the scribbles of a colonial tool who spent less than two years in the valley.

“This is our ethnography,” Williams had said at the film screening, meaning the land. The land itself was the authoritative text. 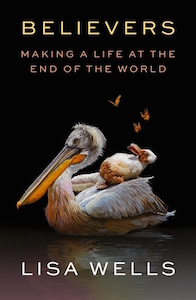 Excerpted from THE BELIEVERS: Making a Life at the End of the World by Lisa Wells. Published by Farrar, Strauss and Giroux. Copyright © 2021 by Lisa Wells. All rights reserved.

Lisa Wells is a nonfiction writer and poet from Portland, Oregon. Her debut collection of poetry, The Fix, won the Iowa Poetry Prize. Her essays and poems have appeared in The New York Times, Harper’s Magazine, Granta, The Believer, n+1, and other publications. She lives in Seattle and is an editor at The Volta and at Letter Machine Editions.

On the Lost “Lenny Bruce of Athens” 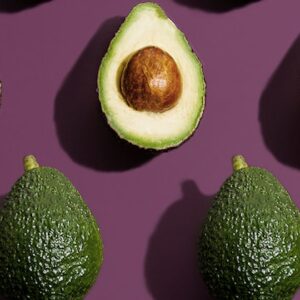 Avocado orchards had carpeted the gently undulating hills around the sacred lake of Pátzcuaro with stodgy green bushes....
© LitHub
Back to top
Loading Comments...